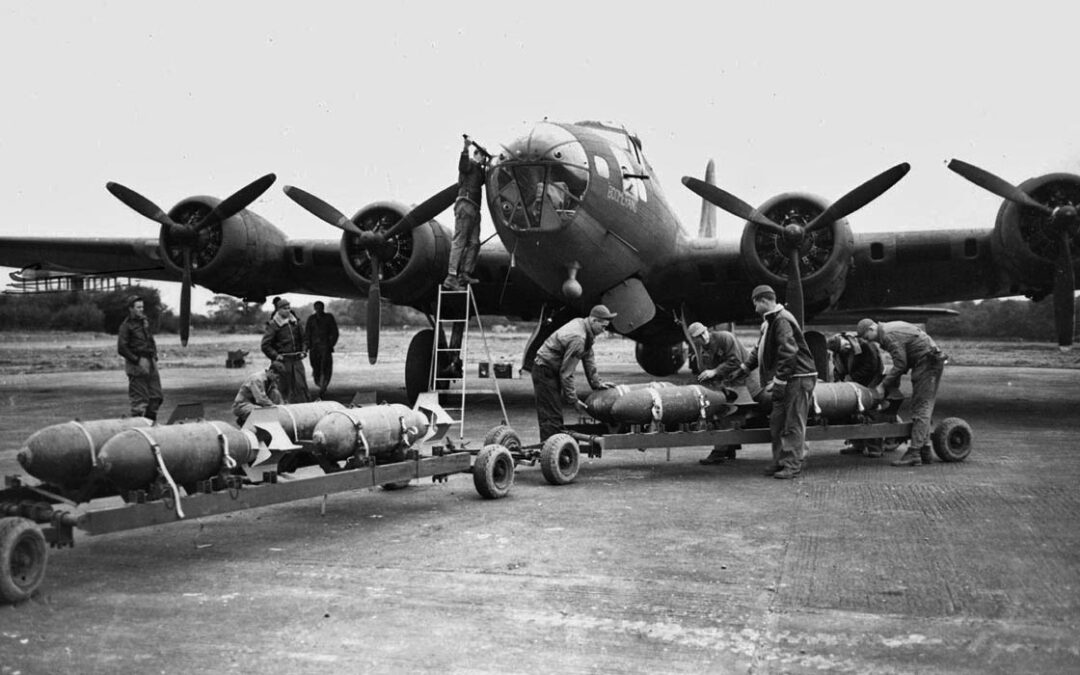 Now available from the Air War Publications website is our latest eArticle An Ever-Increasing Might – The 9 October 1942 Bombing Raid on Lille, the story of the Eighth Air Force’s raid on factories in northern France in the autumn of 1942. Based on extensive research, the article outlines the forces involved, then describes the USAAF raid, RAF escort missions, and the Luftwaffe response.

The Lille raid was the first major Eighth Air Force bombing mission of the war, after a series of smaller raids beginning in the summer of 1942, and it was a learning experience for both sides. For the Americans, it was a chance to demonstrate the value of their four-engine bombers, the Boeing B-17 Flying Fortress and the Consolidated B-24 Liberator. From the German perspective, it showed them how difficult it was to shoot down the big American bombers, and was a warning of what they would have to face in coming years.

Accompanying the article are nineteen photographs, an overview map, and many first-hand accounts, which give the reader a good idea of what the raid was like for the participants from both sides. The article about the raid on Lille by the Mighty Eighth Air Force can be purchased from our site in the category of frontline stories. We hope our readers enjoy it.