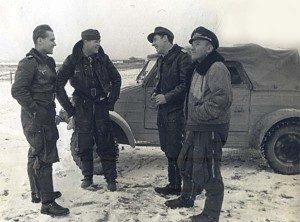 Our book about the air war over Courland will be a comprehensive history of Luftwaffe and Soviet air operations over the Courland pocket in Latvia from October 1944 to 8 May 1945. For six months an encircled German army, isolated from the rest of the Eastern Front, held out against six Soviet offensives, and in the skies above the battlefield the two air forces clashed as regularly as the harsh winter weather allowed. A small number of German fighter pilots from the famous Green Heart unit, Jagdgeschwader 54, found themselves up against skilled and experienced Soviet opponents. There were regular and damaging Soviet bombing raids on vital German harbours and airfields, and both sides flew numerous ground-attack and reconnaissance sorties in support of their ground forces. The aerial action over Courland continued until the very end of the Second World War, and the book will include a detailed description of the desperate Luftwaffe evacuation from the Courland pocket on 8 May 1945.

This book will cover the air fighting in detail, using German and Russian archival material, interviews with airmen from both sides, and a range of other primary and secondary sources. As with all books from Air War Publications, the text will be accompanied by numerous photographs and illustrations. 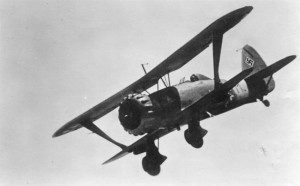 Air War Publications is very excited to announce that Morten Jessen are currently working on a new book project, about the Henschel 123 biplane. Despite being obsolete prior to the outbreak of the Second World War, it found its place as a precision ground-attack aircraft and was loved by its pilots. The Hs 123 was first used in operations during the Spanish Civil War, soon after the first aircraft had rolled out from the factory. It proved its worth and many foreign air forces became interested. The aircraft was also in the frontline when Poland and France were invaded, and it provided valuable support for the German army. It continued its operational career into the final months of the war, until there were no machines left to fly.

This book will cover the life of the Henschel 123 from the initial request for a ground-attack aircraft by the Reichsluftfahrtministerium, its development and construction, and its service in the Spanish Civil War and the Second World War, where it was used until 1945 on the Eastern Front. Using factory documents, numerous pilot interviews, and plenty of unpublished photos, this title will tell the full story of the Hs 123. 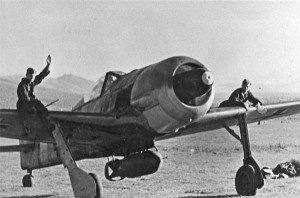 The sequel to ‘Focke-Wulf Fw 190 in the Battle for Sicily’ will tell the story of the Fw 190 fighter-bomber units in the Mediterranean theatre from 3 September 1943 to 21 January 1944. It will focus on their attempts to disrupt the Allied invasion of the Italian mainland, and the subsequent Anglo-American advance northwards. The Fw 190 pilots flew many missions over the strongly defended Salerno invasion beaches, in support of the German army’s attempts to push the Allied landing force back into the sea. The Fw 190 units then continued to support the German ground forces as they gradually withdrew northwards towards Rome in the autumn, and the pilots flew as often as they could in the winter of 1943/1944, despite deteriorating weather. Throughout this period, the Fw 190-equipped Schlachtgeschwader 4 was the main Luftwaffe army support unit in southern Italy, and it attacked tanks, vehicles, bridges, and occasionally shipping targets and airfields, causing disruption and inflicting losses.

The book will cover Fw 190 operations in a day-by-day format, interspersed with many first-hand accounts, maps, colour aircraft profiles, photographs, and illustrations.

’24 April 1945: Death Throes of the Luftwaffe – Part I’ by Andrew Arthy
‘The Life of Werner Roell – Under the Badge of the Rooster’ by Philippe Saintes
NB – We would welcome any research material that could help improve our books, research or eArticle projects. Please contact us via the ‘Contact‘ menu.