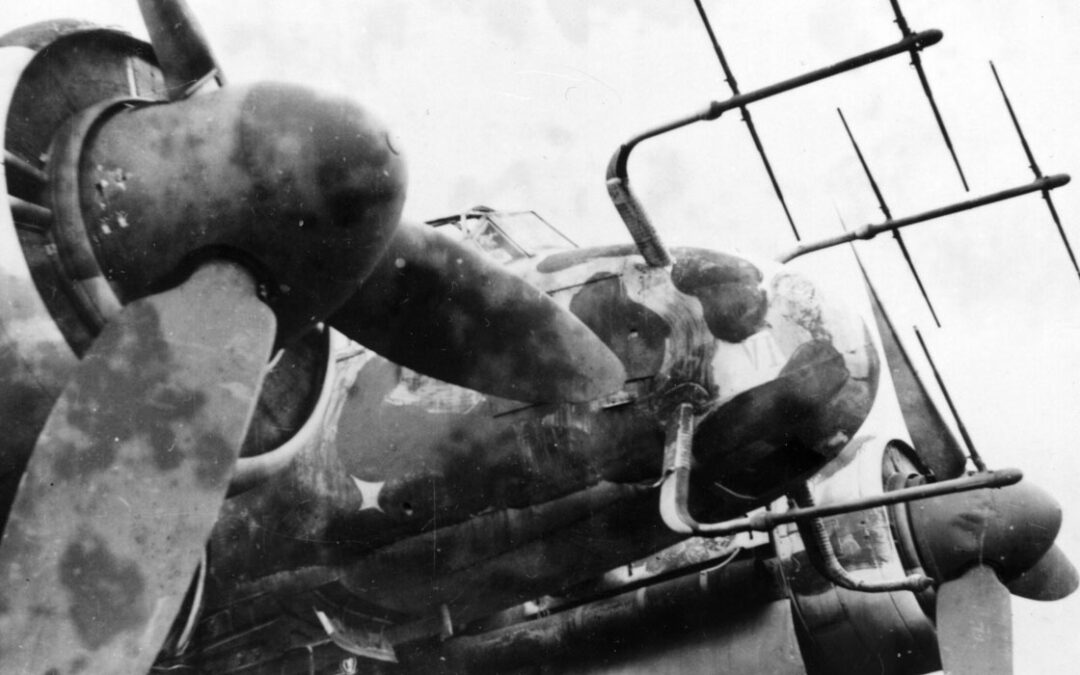 For some time now, Sven Carlsen, Morten Jessen and Adam Thompson have been working together to write an expansive account of Luftwaffe night fighter operations over the Eastern Front. Based on an extensive collection of German primary sources, including logbooks of more than 50 Luftwaffe airmen, personal diaries, and an equally impressive amount of Soviet primary sources, the authors are currently finalising the text of the book. All of this will be supported by many never-before-published photographs, and will be finished to the usual high-quality standards of any Air War Publications product.

The aim of the narrative is to provide the reader with a detailed understanding of the efforts and actions of the German night fighters on the Eastern Front, as well as outlining the many challenges they faced, including, but not limited to, a lack of night fighter training for many of the pilots and air crew initially engaged in such operations. Including first-hand accounts from both sides of the air war, plus careful analysis of tactics, deployments, and equipment, Sven, Morten and Adam weave the story into the overall picture of the war along the lengthy Eastern Front between 1941 and 1945.

The nocturnal air war in the East was a somewhat ad hoc affair from the German perspective, with only a handful of units, aircraft and crews ever committed. The majority of activity took place over the central sector of the Eastern Front, and in particular when large land operations were launched. One example from the book took place just before before Soviet troops were unleashed on the German defensive positions in Operation Bagration in the mid-summer of 1944. Leutnant Gustav Francsi of 1./NJG 100 managed to shoot down a B-25 (the first aerial victory in a Ju 88 for him) north of Orsha, and noted the following in his diary: “At 00:27 a Douglas Boston went down south-west of Vitebsk. The fighter in the sector of radar train ‘Borneo II’ was cancelled. I flew into the sector and Oblt. Loheit started tracking to intercept the enemy. A Boston was attacked and sent to the devil.“ The following night he was airborne again a few hours before Bagration commenced: “My own light flak fired at me. Below me it was burning everywhere. Artillery strikes completed the confusion. A bomb hit the Borneo II train and it went silent. The Soviet offensive had begun.”

The above is just one of many colourful first-hand accounts detailing the themes of the book. Among the other themes are radar trains, fighting Soviet supply flights to their partisans behind the German lines, and ad hoc and alternative ways for the Luftwaffe to try and combat nocturnal Soviet air activities across the entire Eastern Front.

The preliminary table of contents for the book is as follows:

The manuscript, which is currently with our fact-checkers, runs to approximately 110.000 words (excluding footnotes and some text-dense appendices). It is supported by approximately 250 photographs and numerous maps, because as readers who have our Fw 190 in the Battle for Sicily book already know, we love maps! In addition ten aircraft profiles are included to illustrate the different aircraft types and their camouflage. Nine of the ten aircraft profiles have been created by Claes Sundin.

Until now, nocturnal Luftwaffe fighter activities over Soviet territory have been largely overlooked in the English-speaking historiography. Although there are some works that touch on the subject, this is the first work solely dedicated to the subject of the Luftwaffe night fighting efforts over the Eastern Front, making use of primary sources from both the German and the Soviet sides.

So this is very definitely, a ‘Watch. This. Space…’