The Importance of Checking it Twice 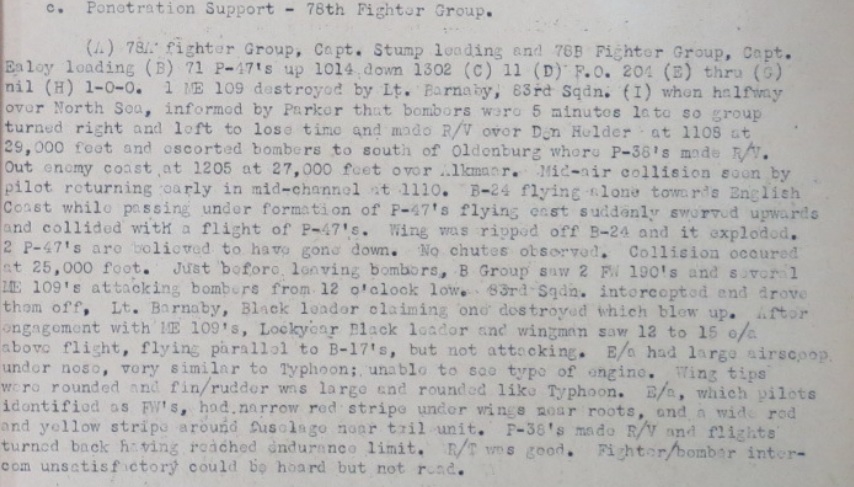 One of the most rewarding aspects of any research, in any field, is the moment when you uncover something that truly has the potential to change the way people think about a topic. It is that moment where you really do find yourself exclaiming under your breath in amazement at what you are seeing or hearing. The best part of that moment is in realising that all your hard work and dedication has been worth it. But then there is that sudden moment of doubt. Maybe what you have found is merely a typo, a trick of thought – whether yours or the author of the information – or perhaps a cruel mix of both. Either way, the joy of that discovery remains undiminished.

In researching his latest eArticle, Not Just Another Op: The Bremen Raid 20 December 1943, Adam Thompson thought he had come across one such a-huh! moment. But, as any good researcher knows, it is what comes next that is really important: fact-checking. Here at Air War Publications, fact-checking is an important and often time-consuming process, but one we feel important and necessary in delivering high-quality eArticles. It was this vital component to our work that was to initially disappoint Adam, but ultimately validate his and our dedication to producing the best and most accurate work possible. 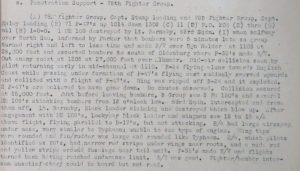 The offending report: American fighter pilot testimony suggesting the presence of JG 301 aircraft in the scrap over Bremen, despite the unit’s absence from German records dealing with that combat.

The camouflage and markings used by the Luftwaffe is a field often fraught with conundrums, some of which are expertly dealt with by David E. Brown in his Camouflage Commentary 1 – RLM 77. As part of Adam’s research for his eArticle, he looked into the various American combat reports submitted after the raid by the escorting fighter units assigned to protect the bombers. One such report submitted by pilots of the 78th Fighter Group contained a very interesting phrase indeed. Tangling with Focke-Wulf Fw 190s, the returning P-47 pilots noted that some had a “narrow red stripe under wings near roots, and a wide red and yellow stripe around the fuselage near tail unit.” At first glance this seemed to Adam a clear indication that the Reichsluftverteidigung tail band of JG 301 was present on Fw 190s over Bremen on 20 December 1943. However, without spoiling the details noted in Adam’s eArticle, the American report initially caused a stir, as it was not really until 1944 that such a marking was adopted by the Geschwader. So here was an a-huh! moment mixed with a good dose of scepticism, and some subsequent fact-checking.

Quite what the Americans actually saw is open to debate, but the revelation proved just why it is so important to us here at Air War Publications to thoroughly check all material before we publish. This key step is all part of the process outlined in our blog post, eArticle Creation – The How-To of Air War Publications, and involves a variety of people from all corners of the globe. In the end, even if the theory of the Reichsluftverteidigung marking was disproved, this little, albeit briefly exciting discovery was too good not to share in the eArticle. Yet, once again, such an anomaly in the rewarding process of research and writing serves as a reminder to all researchers and writers, that just like Santa and his lists, everything needs to be checked twice!

From all of us here at Air War Publications, we wish you and your family a Merry Christmas, a safe and enjoyable festive season, and all the best for 2018!