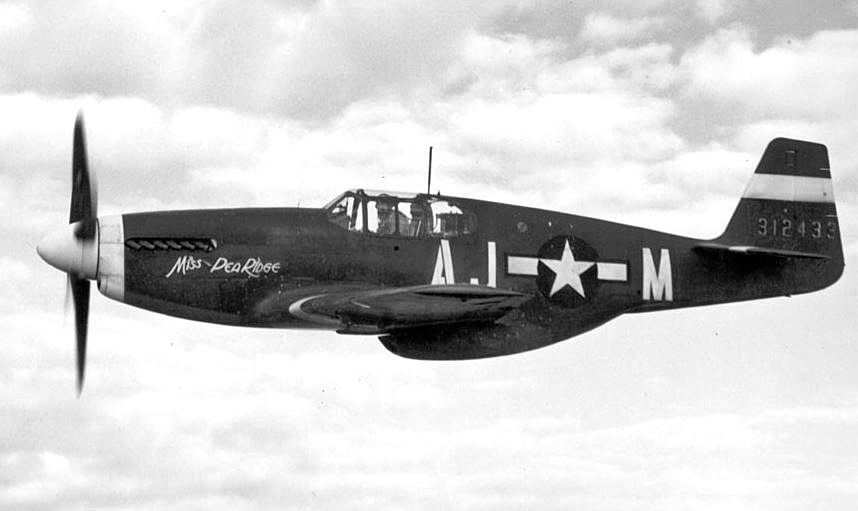 While searching for something else in the ULTRA files, Andrew stumbled upon another fascinating signal, and this time it is a German report on the entry into service of the P-51B Mustang, re-engined with the much more powerful Merlin power-plant. The signal is from 29 December 1943, and given that the first P-51B mission was only flown on 1 December, the Luftwaffe very quickly recognised that there was a new and potentially deadly Allied foe in the air. The first Mustang mission was a fighter sweep flown by 24 aircraft of the 354th Fighter Group, passing over Belgium and the Calais area in France. The mission was uneventful, except for one Mustang suffering a few hits from German anti-aircraft fire. 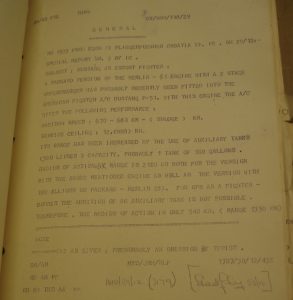 The German estimates for the Mustang’s performance were quite accurate (see table below). To be taken into account is that it was not until 13 December 1943 that the 354th FG was engaged in combat with Luftwaffe fighters, and again on 20 December when the 354th FG escorted a 500+ bomber force targeting Bremen and Wilhelmshaven. On that occasion the P-51 pilots met fierce opposition from elements of many Luftwaffe fighter units, including Jagdgeschwader 1, 3, 11, and 26, as well as several Zerstörer units, which took to the skies to counter the waves of Eighth Air Force bombers and their escort of P-47 Thunderbolts, P-38 Lightnings and P-51 Mustangs.

The Mustang very quickly proved to be a dangerous opponent, and by the end of the winter of 1943/1944 it was stamping its authority on the European air war. Few Second World War aircraft were as important as the P-51 Mustang, and as this signal demonstrates, the Luftwaffe was quick to recognise the immense threat that it posed.

If you are curious to know more about the Eighth Air Force bombing raid on Bremen on 20 December 1943 and some of the heroics and air battles that day, please check out the excellent eArticle by Adam Thompson. Adam has uncovered many interesting stories and first-hand accounts from a day when the tables had turned slowly but surely against Germany, and the Luftwaffe fighter pilots were henceforth to be operating under severe pressure.