The Stories That Don’t Make It To Print 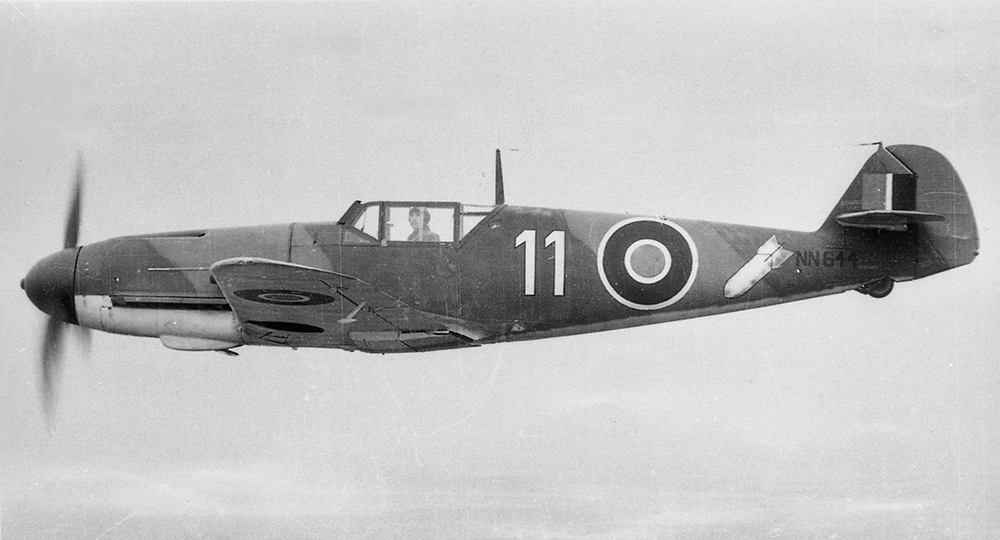 In the course of researching and writing for Air War Publications, Andrew, Morten and Adam have all uncovered numerous snippets of information that have been at the centre of phone calls, Skype chats, and email-chains lasting, in some cases, many months. Whether sourced from the archives, collectors, fellow researchers, veterans or their families, these snippets provide insights into the less-glamorous aspects of the Second World War – like the death of a Mustang super-ace. 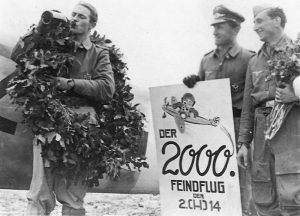 Another good example is the story of Günter Schultze-Quentell – a pilot featured in our two-part series on the short-range reconnaissance unit, 2.(H)/14, which served Generalfeldmarschall Erwin Rommel in the North African campaign. Günter will be the subject of an upcoming eArticle biography. His story only came to light after both Andrew and Adam reached out to his daughter for information about her father’s unit. Although she never knew Günter (he died in 1944), such was the bond that was established, not only did Günter’s daughter donate original photographs to the Air War Publications archive, but Adam and Andrew remain in regular contact with her, sharing – of all things – pictures of their pets and homes, and general anecdotes about their respective lives, towns, houses, travelling, weather and families. In fact, as part of a planned research trip during the late summer of 2019, Andrew plans to visit Günter’s daughter in Austria.

Yet, sadly, there are some stories that Morten, Andrew and Adam chance upon that, for a variety of reasons, just cannot make it to eArticle form. The main reasons for this are, either the story is too brief, or there is a lack of photographic evidence to support an eArticle. When details are sparse, we try to publish these stories in blog form, while the search for photographic material is not something Air War Publications gives up on too easily! Indeed, Adam’s own Not Just Another Op: The Bremen Raid was significantly and repeatedly delayed while we attempted to source suitable photographs to include in the eArticle. However, sometimes it is both a lack of detail and a lack of photographic evidence that means our research falls short of the standards that we set for eArticles here at Air War Publications. Exemplifying this is the story of 10.(Jabo)/JG 26 pilot, Oswald Fischer.

Having first become aware of Fischer’s activities in the files pertaining to his interrogation during research for an unrelated project, Adam set about building a more detailed picture of the man and his combat career. Yet, in the four years Adam has been working on uncovering the details of this obscure Jabo pilot, neither he, nor the rest of the Air War Publications network, have been able to uncover a photograph of the man himself, even though the aircraft in which he was shot down is well known. If anyone can help us with a photo of Oswald Fischer, please use the contact form on our website.

Born on 15 December 1919, in Erfurt – the largest city of Thuringia – Oswald Fischer was taught to fly by his uncle, Hauptmann Wendel, and gained his pilot licence before the age of eighteen. Although it is difficult to ascertain, Wendel may have been Hauptmann Helmuth Wendel, a First World War veteran who re-enlisted in the Erfurt area before the Second World War, and was promoted to the rank of Major in 1943. Regardless, when the young Oswald became eligible for military service, he naturally enlisted in the Luftwaffe. Undergoing further military training at various flight schools before seeing preliminary service with an Ergänzungsgruppe, Oswald Fischer was assigned to the 7. Staffel of the III. Gruppe, Jagdgeschwader 26, sometime during October 1941. However, it was not until 17 December of that year that he would fly his first operational sortie. It is not clear why this was so, but at this early stage of the war, many Staffelkapitäne tried to ease new pilots in to combat after a period of acclimatisation to squadron life and lessons in local geography. As such, when the opportunity for combat arose, Fischer proved equal to the task.

On 17 December 1941, the young Oswald was slated to fly his first operational sortie in an Fw 190, as wingman to his Staffelkapitän, Oblt. Klaus Mietusch. That morning, the Staffel was scrambled to intercept a flight of Spitfires, but with the enemy’s advantage of height, the Germans found themselves below the Spitfires, and whilst attempting to follow a tight climbing turn by his Rottenführer, Fischer stalled out. Upon regaining control Fischer fortuitously found himself on the tail of a Spitfire. He later remembered: “I kept my finger on the button for two seconds and the Spitfire fell to pieces. My right wing was covered with oil from the Spitfire.” Although subsequent research can find no trace of the would-be victim, this did not stop Fischer’s claim being recorded as a ‘kill’, supposedly coming to earth near Wevelghem. This would be his only aerial victory claim, although he would fly quite a few fighter operations along the Channel Front, including sorties during February 1941 in support of Unternehmen Donnerkeil – the Channel Dash of the Brest-based German battleships Gneisenau and Scharnhorst, and the cruiser Prinz Eugen.

Following the success of the Channel Dash, Fischer, an Unteroffizier, was assigned to the newly formed Jabostaffel, 10.(J)/JG 26. Although pure speculation, this perhaps speaks to Fischer’s standing in the Geschwader, as troublesome or arrogant pilots tended to be the first pick for transfer to this new arm of the day-fighter force. Given that Fischer had laughed at his Staffelkapitän, Oblt. Mietusch, when he fell from his horse during a period of combat inactivity, it is not difficult to understand why he was transferred.

The RAF interrogator’s assessment of Fischer’s personality after his capture.

Nonetheless, Fischer would remain adamant that he had volunteered for the assignment and was not the victim of internal politics within the Staffel. Regardless, Fischer transferred to 10.(J)/JG 26 during March 1942 and began operations, this time flying the Bf 109 – a completely different breed of aircraft to his usual mount, the Fw 190.

For Oswald Fischer, the move to Jabo operations seemed to suit his temperament. He would fly a total of 31 sorties in the next two months, and stated that he flew three on one day to Folkestone in Kent. Secretly recorded whilst later being held as a prisoner of war, he boasted: “I can tell you that I’ve killed a lot of people in England! In Folkestone we had definite orders to drop our bombs among the houses. I was called in our Staffel the ‘professional sadist’. I went for everything, a bus on the road, a passenger train at Folkestone. We had orders to drop our bombs right into the towns. I fired at every cyclist.” Yet, such claims should be taken with a healthy dose of scepticism, as Fischer would regularly recount to his fellow German prisoners stories of similarly fantastic details, all of which were vague enough to appear plausible, but not necessarily detailed enough to verify (for example, he claimed to have a total of sixteen aerial victories to his credit!).

While the modern world may tut-tut such braggadocio, it has to be remembered that Fischer found himself fighting a war that was quite impersonal. Sitting behind the armoured glass of his Messerschmitt, trains, trucks, buses, taxis, houses and factories were simply targets, occupied by nameless people whom Fischer would never meet. In a war that was total, there were no victims in the sense of human individuals, but rather grim statistics. And soon, Fischer himself would become a statistic.

The preliminary remarks of Fischer’s capture recorded in files held in the British National Archives.

On the morning of 20 May 1942, the Staffelkapitän of 10.(J)/JG 26, Hptm. Karl Plunser, approached Fischer and told him to prepare for a raid. As he later recalled: “I planned a raid to Brighton since we had not visited that area for some time and few wanted to fly there because of the long flight over water.” Finally, Fischer found a pilot willing to accompany him. Fischer intended to cross the Channel and fly inland for approximately 36 kilometres, before hitting the harbour at Brighton (although in the event, they would target Newhaven, east of Brighton). Taking off from St. Omer, he and his wingman crossed the French coast at Le Touquet at wave-top height. After circling the area, Fischer sighted a large ship in the harbour. Signalling “Let’s hit it hard!” the pair dove through what Fischer described was flak “sprayed like a fire hose”. While neither pilot scored success against the vessel, the bombs did land in close proximity. However, as the pair departed Fischer was hit.

He could hear the impact, but to him everything seemed alright. However, one of his aircraft’s cylinder heads had been damaged and the water jacket on the starboard side of the Daimler Benz engine had been blown off.

For Fischer, this was not good. Shortly after sustaining the damage, he began to smell the engine and realised that he had been hit. Radioing his wingman to keep heading home at low level, Fischer turned his aircraft inland and made a belly-landing three-and-a-half kilometres north of Beachy Head. Thereupon, he recalled: “I became a POW. I regretted my fate but”, he knew, “it was better than drowning in the Channel.” 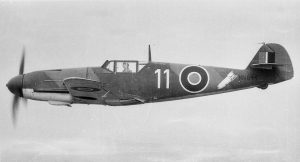 The Bf 109 F-4 flown by Oswald Fischer on the day he was captured. Here it is seen in RAF markings.

Having successfully belly-landed his aircraft, Fischer tried to blow it up, but the explosive charge failed, leaving him with little option but to empty the magazine of his pistol into the engine and cockpit in the hope of preventing the British from garnishing any useful information from it. Unfortunately for him, this did not deter the Allies. Fischer’s machine, ‘White 11 + ‘, Werknummer 7232, would be repaired and flown by the RAF as part of its program in evaluating captured enemy aircraft. And while White 11’s war would go on under a different flag, Fischer’s was over. Just another faceless statistic.