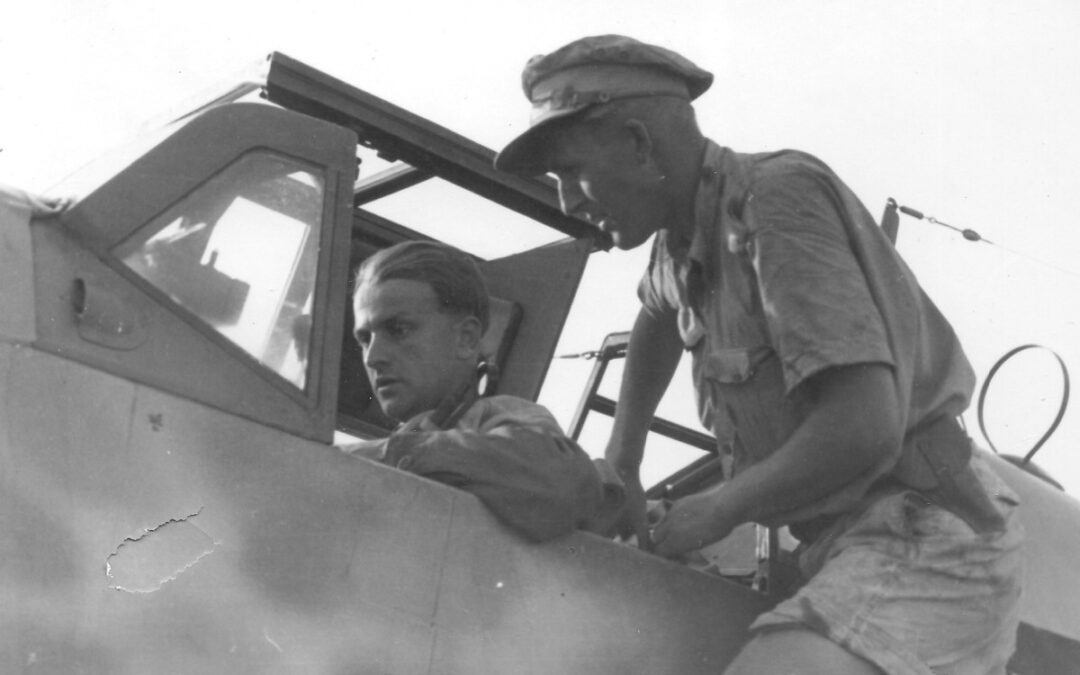 Hundreds of famous fighter aces, Stuka pilots and bomber leaders served in the Luftwaffe, but the vast majority of its flying personnel comprised anonymous men doing their duty without fuss and attention. One of these men was Günter Schultze-Quentell, and he is the subject of our latest biography eArticle, titled ‘A Reluctant Airman’, available here: The Life of Günter Schultze-Quentell

Unlike so many wartime flying personnel in the German air force, Günter was not motivated by a love of flying. He had joined the German army prior to the outbreak of the Second World War, and thoroughly enjoyed the time he spent with that branch of the military. Thus he was most unhappy when he was ordered to the Luftwaffe to become an observer in the Henschel 126 and Fieseler 156 Storch. However, over time, he began to enjoy the flying more, and he participated in his first missions over France in mid-1940.

We mentioned Günter on a few occasions in our 2.(H)/14 eArticle, available here, because he was a key member of the unit between 1940 and 1943, and we were very fortunate to make contact with his family. Günter was killed during the war, but he left behind a widow and two children, and his daughter has been kind enough to share all the material the family has about her father, including his sadly unfinished wartime memoirs, and some documents and photographs. With all this material, plus what we had gathered in our own 2.(H)/14 research, we felt we simply had to tell his story, and the result is this fifteen-page eArticle.

Illustrated by twenty photographs, the story covers Günter’s early life and army career, his reluctant transition to become an airman in the early stages of the war, his combat debut over France, the early North African campaign, and then his time as a pilot and unit leader in Italy and Albania in 1943 and 1944. ‘A Reluctant Airman’ can be purchased here. The Life of Günter Schultze-Quentell