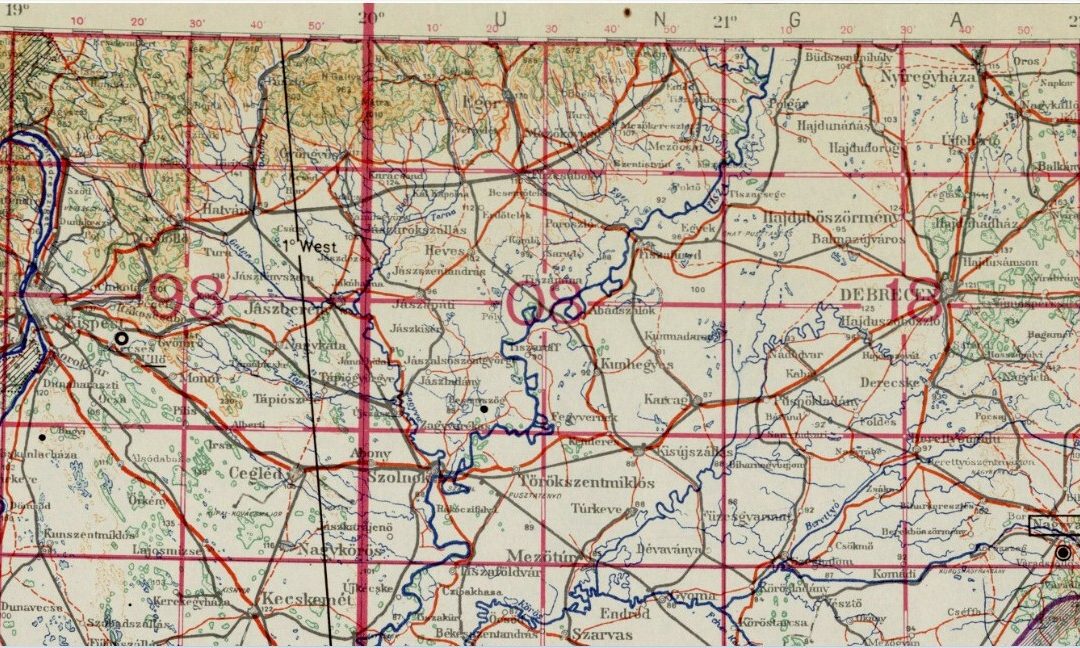 Our ‘Fritz Schröter Story’ eArticle (available here) focuses on that German pilot’s time in the Mediterranean, so today we’re going to outline another aspect of his career that we simply did not have space to include in the article: his three months in command of the I. Gruppe of Schlachtgeschwader 10 in Hungary.

After more than a year as a successful fighter-bomber pilot and unit leader, Fritz Schröter experienced some ‘difficulties’ with the authorities in the final months of 1943, resulting in a term of imprisonment (full story to be told in our Fw 190 Over Southern Italy book). He was eventually released and sent to command the I. Gruppe of Schlachtgeschwader 5 in Finland, transferring south across the Baltic in August 1944 to fly missions from Estonia, and later from Latvia. Towards the end of September I./SG 5 was transferred back to Germany for a much-needed rest. Upon hearing the news, Schröter immediately called the General der Schlachtflieger, Oberst Hubertus Hitschhold, and requested another posting on the Eastern Front because he felt that the Soviets were Germany’s main enemy and wanted to fight against them.

Schröter was fortunate to have a friendly relationship with Hitschhold, and his request was granted. As a result, in October 1944 Hauptmann Schröter was transferred south to assume command of I./SG 10, replacing long-time leader Hauptmann Josef ‘Sepp’ Berlage, who was off to serve with a training unit. I./SG 10 had flown its last mission from an East Prussian airbase (Zichenau) on 11 September, and in the next month began operations from Sárospatak in north-eastern Hungary.

Schröter’s new unit was home to some real combat veterans, and they were a tight-knit bunch. Werner Zirus (who is probably the best known, due to the post-war publication of his memoirs) had flown more than 200 missions when Fritz Schröter arrived, although he was temporarily detached to Udetfeld at the time. Other members of I./SG 10 had also been with the Gruppe since its time in North Africa as a Bf 109 Jabo unit in the winter of 1942/1943, including: Fw. Egon Fiebelkorn (Deutsches Kreuz in Gold); Fw. Waldemar Müller (2. Staffel, although at this time detached to a training unit); Oblt. Norbert Schmitt (3. Staffel); 29-year old Ofw. Ernst ‘Amigo’ Selzer (Gruppenstab); and Ofw. Josef Enzensberger (1. Staffel). Schröter soon requested his friend and long-time comrade, Gerhard Limberg, as unit Technischer Offizier. Limberg had been at Schröter’s side with 10.(Jabo)/JG 2 and III./SKG 10 in 1942 and 1943.

When the new Kommandeur of I./SG 10 took up his role, the war was going very badly for Germany and its Hungarian ally. In September and October 1944 the Soviets broke through the Carpathian Mountains into Hungary, and on 1 October a Hungarian armistice delegation arrived in Moscow. The Germans launched a counter-offensive on 10 October near Debrecen, but Soviet forces reached the outskirts of that city on 11 October, and a great tank battle raged on the Great Plain of Hungary. For the rest of the month the fighting to’d and fro’d, and Schröter’s I./SG 10 would be in the thick of it.

“I was transferred to Hungary, where I took over another Schlachtfliegergruppe which was also equipped with the Fw 190, but I was only provisionally in charge until another Kommandeur position was found for me. What did I care! The Gruppe had suffered heavy losses in Romania and the Balkans, and had also lost its Kommandeur. The morale of the men was poor. It was expected that I would restore the morale again. They had tried to support the German soldiers retreating from Romania to Germany. … We flew exclusively army support missions, because they were also hard pressed here by the Soviets. I led each of these missions myself, something my predecessor had probably not always done. We enjoyed success without great losses, and that restored a better mood amongst the pilots and ground crew alike. Even though they did not participate directly in combat, the aircraft mechanics were especially proud when ‘their’ machine destroyed a tank or shot down an aircraft, or other outstanding achievements.“

At least two operations were flown from Sarospatak on 9 October 1944, but a pair of I./SG 10 pilots were posted missing north-east of Nádudvar (35 kilometres west-south-west of Debrecen), the unfortunate men being Oblt. Dieter Weizsäcker and Fw. Herbert Pinz of the 1. Staffel.

Encounters with enemy aircraft were quite common on these missions, and on 27 October Hptm. Schröter reported the destruction of a Soviet Jak-9 east of Nyíregyháza in north-east Hungary (a town recently re-captured by the Germans) at 13:30. The combat was at low altitude, 300 metres, and this was his first aerial victory in more than a year. Leading Hungarian aviation historian Gábor Horváth believes that Schröter was responsible for downing Gv.Lt. Nikolai Matveevich Knut, who was flying a Saratov-built Yak-3 No. 3912 when he bailed out south of Nyíregyháza at 13:42 local time and was injured. Knut’s unit, 150.GIAP, 13.GIAD, 5.VA (5th Air Army) was covering Soviet troops, and reported an engagement with sixteen Fw 190s and four Bf 109s.

Luftwaffe map of northern and north-eastern Hungary (click for full-size). Note Budapest to the left, and Debrecen to the right.

Two days later, on 29 October, the German Heeresgruppe Süd finally re-established a solid defensive line in Hungary. However, this did not mean an end to the Axis problems in the region. In early November I./SG 10 transferred to Ocseny, approximately 150 kilometres south of Budapest. This was in response to a Soviet drive on Budapest which commenced in late-October, but this offensive was premature (urged on by Stalin for political reasons), and despite Soviet armoured forces making it to Budapest, the attack soon bogged down. In early December I./SG 10 was forced to transfer again, this time to Tótvázsony near Veszprem, to the west of the natural defensive barrier of Lake Balaton. At least three missions were flown from there on 4 December, and two more on the fifth.

After several very eventful months, in the early days of January 1945 Fritz Schröter was called upon to return to his old unit, Schlachtgeschwader 4, where the loss of Kommodore Alfred Druschel on New Year’s Day created a leadership position at the head of the I. Gruppe. Schröter would stay with that unit until surrendering in Czechoslovakia at war’s end.

Aside from our eArticle devoted to him, Fritz Schröter will be a prominent character in the next book in the Fw 190 in the Mediterranean series, and the events leading up to his imprisonment will be fully described there. It’s quite a story!