A Beginners Guide to the Soviet Air Force Over Courland 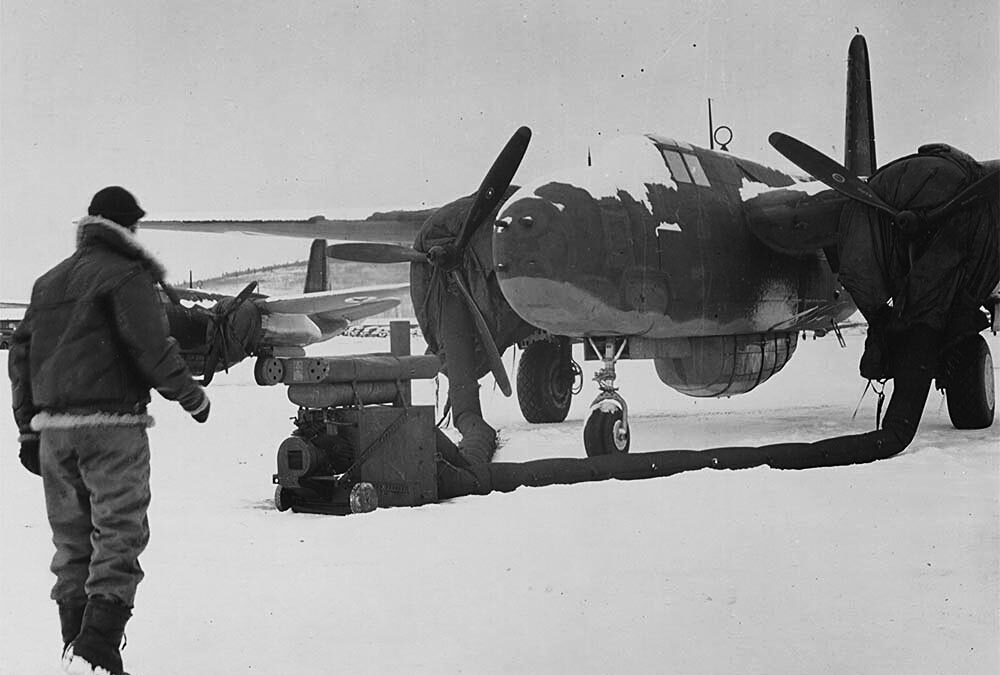 Introduction
While many of our readers will be aware of the main Luftwaffe units operating over Courland in 1944 and 1945, like Jagdgeschwader 54 and III./Schlachtgeschwader 3, we thought it might be interesting to talk about the ‘other side’ of the Courland air war: the Soviet Air Force, or Voyenno-Vozdushnye Sily (VVS).

Below is a quick rundown on the main headquarters and units involved in the air fighting over Courland between the summer of 1944 and the end of the war on 8 May 1945. Unit assignments did change over the ten months of the Courland air war, but the below is a general summary featuring most of the main players.

Our downloadable glossary, found here, provides some useful information about the VVS, including ranks, an organization chart, and a list of the types of awards presented to Soviet air force personnel.

3.VA (3rd Air Army)
3.VA was the most powerful Soviet air army operating in the Baltic region in 1944 and 1945. Home to more than 1.000 aircraft, 3.VA had a mix of fighter, ground-attack, bomber, night bomber and reconnaissance units. It was a prominent operator of the Lend-Lease Bell P-39 Airacobra, and also had a strong Petlyakov Pe-2 bomber component.

Amongst those serving in 3.VA were the women of the all-female 125.GBAP (125th Guards Bomber Regiment). That regiment was part of 1.GBAK (1st Guards Bomber Corps), and was one of half-a-dozen bomber regiments serving under 3.VA. Although the Pe-2, or Pawn as it was known to its crews, only had a limited bomb-carrying capacity (maximum 1.000 kilograms), the aircraft of 1.GBAK were used as a bombing strike force, operating in groups of 24, 36, or even more on some occasions. The Tupolev Tu-2 bomber also operated with 3.VA over Courland in 1944, with 334.BAD (334th Bomber Division).

As was the case in other Soviet air armies, night harassment bombing duties were taken care of by the ubiquitous Polikarpov U-2 (renamed the Polikarpov Po-2 in mid-1944), a biplane dating from 1928 with a maximum bombload of 350 kilograms. In 3.VA was 314.NBAD (314th Night Bomber Division), and aircraft from that unit were active on most nights in 1944 and 1945.

From October 1944 to January 1945, 3.VA would be responsible for Soviet air operations over the western half of the Courland front, including the key port of Libau. 3.VA also had to contend with the German troops isolated in the port city of Memel, and the front in north-eastern East Prussia. In January 1945 the focus of 3.VA and the 1. Baltic Front was switched entirely to East Prussia, and the air force only returned to Courland in early May 1945.

3.VA was tasked with providing air support for General Armiya Ivan Bagramyan’s 1. Baltic Front. That front was responsible for the first Soviet advance to Courland, in late-July 1944, when Bagramyan’s troops reached the Gulf of Riga and cut off the German Heeresgruppe Nord from Heeresgruppe Mitte. After the Germans restored the situation in mid-August 1944, it was then the 1. Baltic Front which drove to the Baltic Sea near Memel in early October 1944 to seal off Heeresgruppe Nord for a second time, this time in Courland itself and permanently.

15.VA (15th Air Army)
15.VA had operated directly east of Courland between July and early October 1944, focusing on the 2. Baltic Front’s westward advance towards Riga. Once that city had been captured, 15.VA took over responsibility for the eastern half of the Courland front from mid-October 1944. It was not quite as powerful as 3.VA, but still had a good mixture of units.

In late-1944 its bombing force was limited to the Pe-2s of 188.BAD. although this force was augmented by 5.GBAK in 1945. 15.VA did have a stronger night-bomber force than 3.VA, thanks to its two subordinated night bombing divisions, 284.NBAD and 313.NBAD. This included a Latvian-manned regiment.

The real strike power of 15.VA came from its complement of Ilyushin Il-2 Shturmovik units, including 225.ShAD (225th Shturmovik Division), 214.ShAD, and 305.ShAD. Each division had around 100 or more Il-2s on strength, and they were very active, even in bad weather.

For reconnaissance duties, 15.VA had the Pe-2s of 99.GORAP (99th Guards Independent Reconnaissance Regiment), which operated at high altitude to utilise the impressive top-speed of that Soviet twin-engine aircraft. Like other VVS reconnaissance units, 99.GORAP conducted both visual and photographic reconnaissance.

Amongst the many aircraft types operated by the VVS KBF were the Lend-Lease Douglas A-20, the Ilyushin Il-4 for minelaying duties (generally nocturnal), the Pe-2 for both bombing and reconnaissance, Il-2s, and a whole host of fighters. There was even a handful of Lend-Lease Republic P-47 Thunderbolts operating on reconnaissance duties over the Baltic in 1945.

8.MTAD (8th Mine and Torpedo Division) was particularly active in 1944 and 1945, and had a wide range of units, including the Pe-2 bombers of 12.GBAP (12th Guards Bomber Regiment), the A-20s of 1.GMTAP and 51.MTAP, and Yak-9 fighters of 14.GIAP and 21.IAP. There were also several regiments of Il-2s belonging to the VVS KBF, and 15.ORAP (15th Independent Reconnaissance Regiment) was perhaps the most important unit of all, because it scouted the Baltic Sea and German ports with its Pe-2s, Yak-9s, A-20Gs, Il-2s, B-25s, and P-47s, searching for maritime targets for the strike aircraft.

13.VA (13th Air Army)
Making occasional appearances in the Courland air war story is 13.VA, which was based in Estonia in 1944 and 1945. In particular, it featured in October and November 1944, when it was operating over the Estonian islands of Ösel (known as Saaremaa in Estonian) and Dagö (Hiiumaa), clashing with Courland-based Luftwaffe units. The German army had a foothold on the Sworbe Peninsula, the southernmost tip of Ösel and just across the Irben Straits from Courland, until late-November 1944.

ADD (Long-Range Aviation)
Also making sporadic appearances over Courland were the long-range bombers of the Soviet Aviatsiya dal’nego deystviya (ADD, known as 18.VA from December 1944 to war’s end). The ADD operated several different types of aircraft, and seeing action over Courland in the winter of 1944/1945 were the Il-4, Li-2, and B-25. However, they did not play a big part in the campaign.

Recommended Websites
Details about the VVS are plentiful on the Internet, with hundreds of Russian-language sites dedicated to the study of the Soviet Union in the Second World War. Google Translate provides a good translation, so the language barrier is generally not an issue. Below are some recommended sites:

Warspot – This is the best source of quality articles about the Soviet armed forces during the Second World War. Authors like Ivan Lavrinenko, Andrey Kuznetsov, and Mikhail Bykov contribute regularly with stories about the VVS. There is also an English-language version available, although it has far fewer articles.

Aviation Units, Formations, Associations – This is the VVS equivalent of Michael Holm’s excellent Luftwaffe website. The page features summaries of all Soviet wartime air force units, from high command down to regiment. Each entry features unit commanders, the headquarters it was assigned to, a summary of its operational history, relevant sources, and more besides.

Soviet Aces – Information about the aces of the VVS, based on the latest research by Soviet experts like Mikhail Bykov. The pilots are arranged alphabetically, with personal victory lists, and photos of the pilots and their aircraft.

Archive of the 51.MTAP of the VVS KBF – A superlative unit history site for this mine and torpedo regiment, featuring relevant books and articles, photographs, interviews, and much more besides. A highlight is the work of Miroslav Morozov, an expert on the activities of the VVS KBF.

810.ShAP Site – A really nicely done website about a Soviet Shturmovik regiment, which was attached to 225.ShAD, 15.VA. There are transcribed unit records, details about personnel, and a photograph section.

Andrey Kuznetsov has been a particularly big help, and I thank him for his valuable assistance over the years.