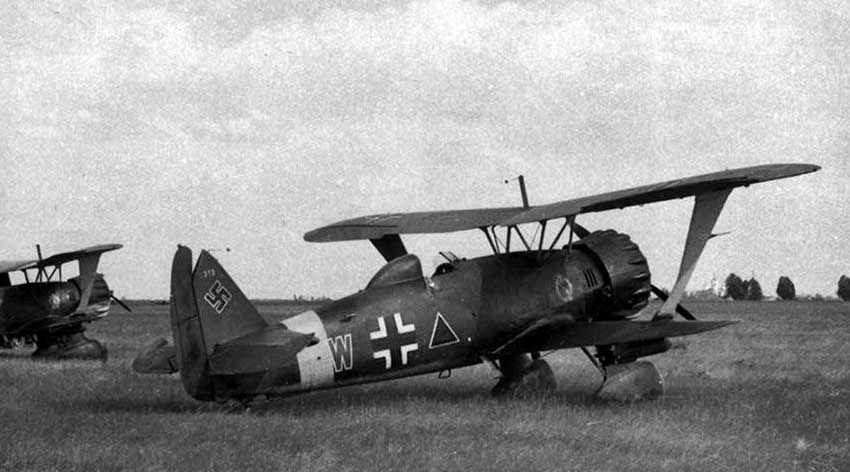 Morten was expecting to have the majority of 2018 off from ‘real life’ work and planned to be able to focus a lot of his attention on the Henschel 123 book project. Although that has not turned out to be the case, good progress has still occurred regardless (and more so than in recent years). Most notably, three things have progressed: 1) the data file; 2) photos; 3) Part Two of the eArticle. 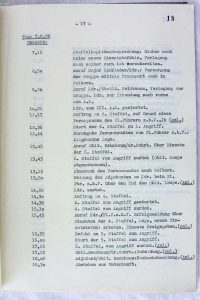 A page from the war diary of II.(S)/LG 2, showing how 7 September 1939 began for the unit. This is one of many documents giving detailed insights into daily life.

The Data File
During the past year several helpful fellow researchers have contributed material in the form of archival documents, leads to information, maps, or opening doors to other helpful people. This has resulted in a wealth of information being included in the data file, in particular about the period 1941 to 1945 when the Hs 123 flew on the Eastern Front. Of note is an overview of operations in 1944 showing flight hours and number of sorties, as well as Soviet army and air force material from 1941 to 1944 that matches nicely with information Morten has from the German side. One time-consuming task in connection with creating the data file is identifying German ground forces being supported by the Hs 123 pilots, and opposing ground forces being attacked by them.

A visit to Freiburg in the beginning of September will further increase the amount of information in the data file. By now, the most important files have been photographed, but there are still some ‘stones to turn over’ in Freiburg. In addition to the Henschel project, Morten will also copy material related to some of the upcoming eArticles.

The current page count for the entire Hs 123 data file is 282, and not all the information obtained has been included yet. Morten has many archival files to read through and information to enter, so the file will very likely grow to over 400 or even 500 pages before he commences work on the book manuscript. 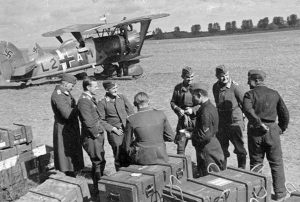 Crew members of 4.(S)/LG 2 during the invasion of Poland, September 1939. In the background the aircraft of the Staffelkapitän, Adolf Galland, can be seen featuring the Mickey Mouse emblem that he introduced.

Photos
Morten has been fortunate to add approximately 100 new photographs to his collection in the past year showing aircraft and pilots. Most of these are previously unpublished. The biggest batch was obtained after winning several ebay.de auctions, following which Morten was contacted by the seller and was able to obtain additional photos. Contributions have also come in from fellow collectors who support the Hs 123 project. As a result, Morten will be able to include many interesting and new photos in the book, and also a few in the eArticle. At the moment the pre-war period, the Polish campaign and the invasion of the Low Countries and France are very well covered with photos. Since the war in the East lasted almost four years, and the Hs 123 flew until at least January 1945, material from every period of that campaign is difficult to obtain. Nevertheless, at the moment Morten has found enough photos to illustrate most of the major battles and show many of the pilots who flew the aircraft.

eArticle – Part Two
Because the second half of the data file has grown considerably, Morten is also able to easily write Part Two of the eArticle. In the article he will provide a brief and precise history of the ‘Small Soldier’s’ career in the Second World War. The article will include input from all the pilots that Morten interviewed who flew the machine at the front, as well as new photos, some tables of unit commanders, and maps to illustrate the path of the Hs 123 during the campaign.

We hope you look forward to Part Two of the eArticle, and indeed the Hs 123 book. Morten is hard at work to release the article in November or December 2018 … and it will include a few gold nuggets from his ten years of research. Air War Publications is very grateful for the help we have received from fellow researchers, collectors, and the family members of pilots who experienced the war first-hand.