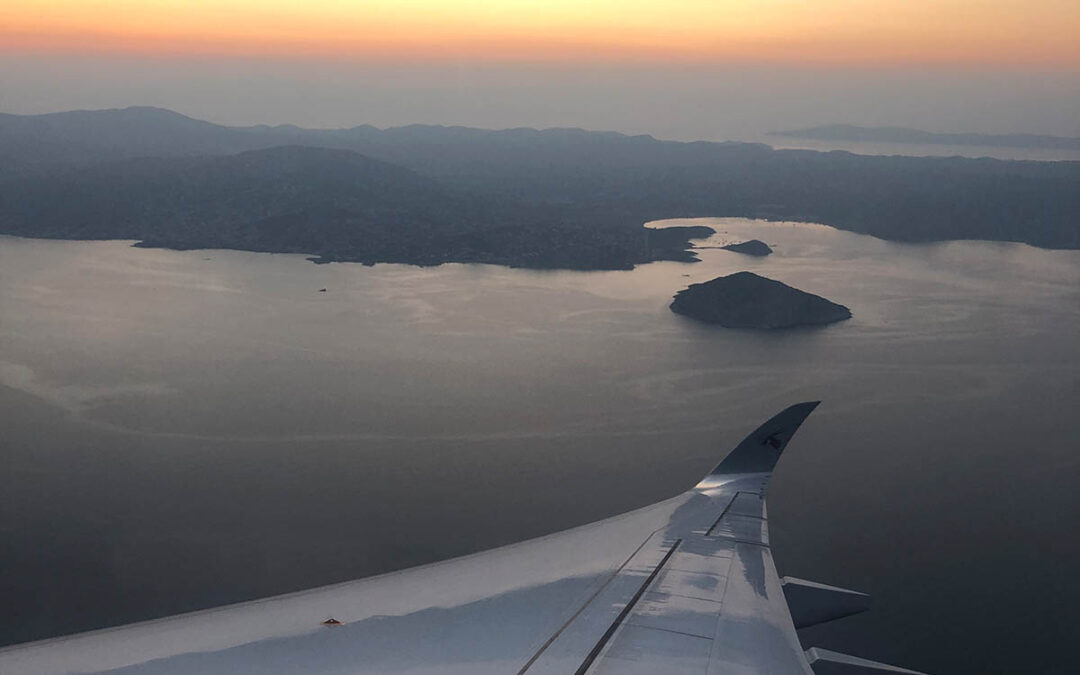 Recently, Adam and his wife travelled to Greece for a bit of ‘R-‘n-R’. Even before touching down in Athens, flying over the Aegean and watching the sun rise over the islands gave Adam a moment of pause to consider what it must have been like for all aircrew engaged in the Mediterranean skies during the Second World War. Having researched the activities and personalities of units such as the 1. Wüstennotstaffel and 2.(H)/Aufklärungsgruppe 14 (both eArticles available here), the Mediterranean theatre of operations has become a pet side-topic for Adam (and Andrew), but living in Australia, he had little idea of just what it looked like, outside the world of photographs or documentaries. Struck by the beauty of the landscape that unfurled itself, he was left with a curious thought: what must the men who fought over this region some 70 years ago have considered when they stood before the Parthenon – itself already well-over 2,000 years old?

Speaking of the 1. Wüstennotstaffel, during our research into that unit we discovered some photographs and a first-hand account from Staffelkapitän Heinz Kroseberg about one of his unit’s regular ‘holiday trips’ from the deserts of North Africa over the  rich and depthless blue of the Mediterranean Sea and the shimmering azure of the Aegean Sea to Greece. He wrote about a photo he took during one of the journeys: “This is the twin-engine French courier plane with which we transport the men of my Staffel on leave from Africa to Athens … I felt like an old Lufthansa captain, as I proceeded only five metres above the Mediterranean Sea. It was a beautiful sight, our three aircraft, of which of course I could only see two, flying along just above the deep blue waters.” Of course Adam and his wife were flying somewhat higher and with the luxury of a beverage service, but the sentiment of awe remained the same.

But don’t worry, while Adam was soaking up the Mediterranean sun and Andrew was busy relocating to the other side of Australia, Morten has been busy keeping the Air War Publication cogs in motion, and we have some exciting new research works in the pipeline, including a new Jagdgeschwader 2 biography eArticle.

Many thanks to the Kroseberg family for providing the photograph and first-hand account used in this blog post.