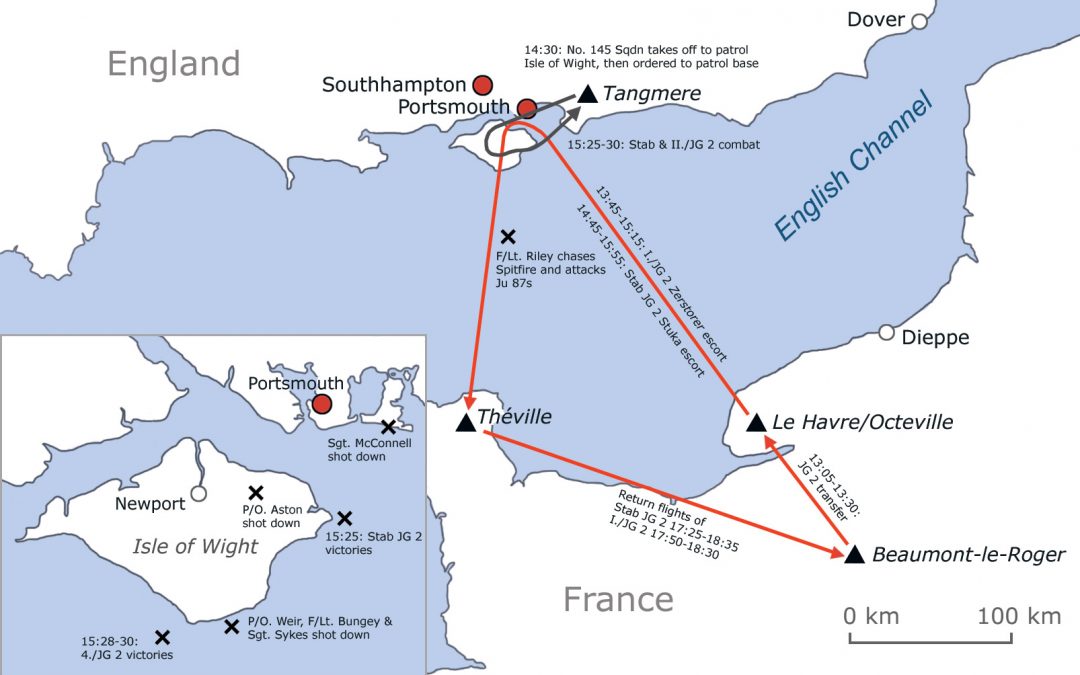 Today we’re going to give you an idea of the process we use for creating the excellent mission maps that grace our eArticles and books. These maps appear in everything we publish, giving the reader a good visual overview of the events on a certain day or mission. The example of mission map creation used here is due to appear in our forthcoming mini-biography about Jagdgeschwader 2 ace Kurt Bühligen. Perhaps you can guess the relevant date from the mission times and location? Here’s a hint: it involves Helmut Wick.

Step One
First, Morten decided on the area to be covered, and on the layout of the map. Here is Morten’s first effort, showing northern France and southern England, with a cut-out section featuring the Isle of Wight (where the action on this particular mission took place). We include maps where it helps you, the reader, to understand how events unfolded, as nothing is as quick and easy as a map to provide an overview. By now Morten has created several maps around Europe, so it is relatively quick to make the draft version, but still the refining process is time-consuming as airfields, flight paths, texts and details are redone or adjusted several times before the final version is ready to publish. 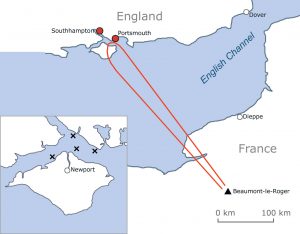 Step Two
Andrew then used Morten’s initial map as a basis to include all of the events and locations he thinks could be presented on the map. This requires a lot of research, going through various primary sources, and consulting several wartime and modern maps to ensure that everything is correct. 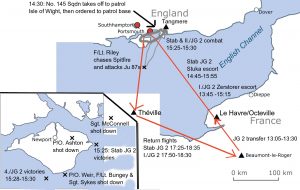 Andrew’s effort is a long way from being publishable! However, it provides the necessary data so that the much more artistic member of the Air War Publications team, Morten, can create a more polished version. This takes a great deal of time, as he tries to fit everything on the page, puts it all in the correct locations, and tries to ensure that the map is visually appealing and easy to understand. Not a simple task! 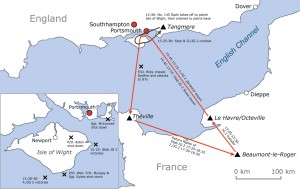 Morten’s polished version of the map

The map is now looking much better, but there are always some tweaks, corrections and additions. This map will require another edit by Andrew and appropriate correcting by Morten, and then it’s ready for inclusion in the Kurt Bühligen mini-biography, which will be available very soon from the web shop here: Link

Kurt Bühligen in 1944, when commanding Jagdgeschwader 2