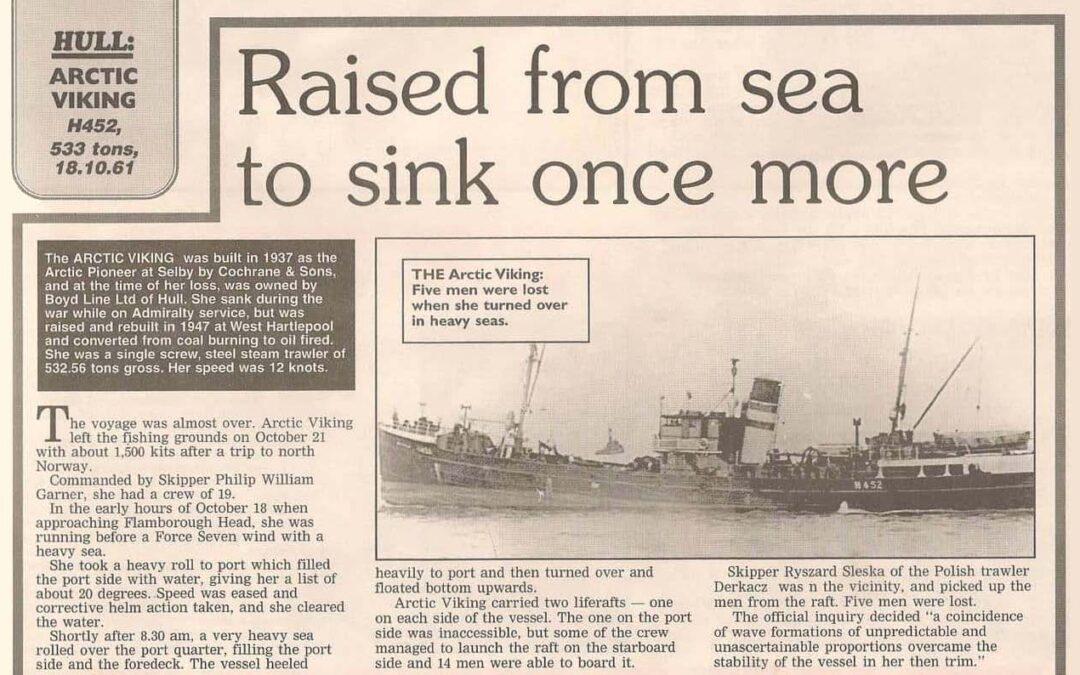 77 years after the event, Air War Publications has released a thorough investigation into the 27 May 1942 loss of the British trawler HMS Arctic Pioneer and Luftwaffe Jabo pilot Leutnant Josef ‘Sepp’ Fröschl. It is available to download here: LINK Led by the charismatic future Ritterkreuzträger Oblt. Fritz Schröter, that day’s mission was typical of the German fighter-bomber campaign waged over the Channel and southern England in 1942 and 1943. Spurred by research into Schröter’s biography, Andrew Arthy and Adam Thompson have included previously unpublished material to produce a balanced account of the combat on that afternoon.

The day’s events were part of a larger German strategy designed to drain British resources, and Luftwaffe fighter-bomber operations like the one on 27 May 1942 had grown out of a need to maintain pressure on the British once daylight raids by Stukas and medium bombers were no longer feasible. While the Germans had tested the fighter-bomber philosophy in Spain with the Legion Condor, the idea lay dormant until the spring of 1940, when Erprobungsgruppe 210 was raised to breathe life back into this form of attack. Gaining success, the Germans built up their operational capacity slowly, with the summer of 1942 proving the high-water mark of German Jabo operations in the West. Yet, combined with growing losses in this theatre and the need to transfer the units to the Mediterranean, daytime Jabo operations in the West petered out by mid-1943, only to be employed again after the landings in Normandy on 6 June 1944.

Using only primary source material, we have been able to draw a much clearer timeline of development for the various Jabostaffeln based in the West. In the winter of 1941/1942, developments were undertaken by Luftflotte 3 to make the Jabo arm on the Channel Front more official and substantial. This was done by creating the Jabostaffel of Luftflotte 3 in January 1942, which became the Jabostaffel Jagdfliegerführer
3 in March 1942. At the end of that month, Luftflotte 3 ordered the creation of a Jabostaffel each for JG 2 (formed from the Jabostaffel Jagdfliegerführer 3) and JG 26 (newly created), to be known as the 13. Staffel of each Geschwader. Finally, to end this confusing series of re-designations, in late-May the two Jabostaffeln officially became known as 10.(J)/JG 2 and 10.(J)/JG 26. However, it should be noted that from late-March to early June 1942 the Jabostaffeln were commonly referred to by the Germans as Jabo JG 2 and Jabo JG 26, ignoring the official designations completely!

Initially equipped with Bf 109s, these Jabostaffeln were soon creating havoc up and down the English south coast. The British found it very difficult to successfully intercept the low-level tip-and-run raids, with the German pilots able to fly under the radar at high speed before delivering their bombs on targets at land and sea. However, 27 May 1942 would see a Jabo shot down, just the second to fall victim to RAF fighters.

This new eArticle is a perfect compliment to Andrew and Morten’s biography of Fritz Schröter and is furnished with unpublished first-hand accounts and photographs, a meticulously researched map, and reflections from not just the Allied and German pilots involved in the combat, but from the commanding officer of HMS Arctic Pioneer at the time of its loss. It is well worth the read and we at Air War Publications hope you enjoy the most recent addition to our catalogue. The article is available here: LINK

As always, Eric Mombeek was a big help with photographic material, and we highly recommend his books on Jagdgeschwader 2. His website can be found at http://www.luftwaffe.be/.