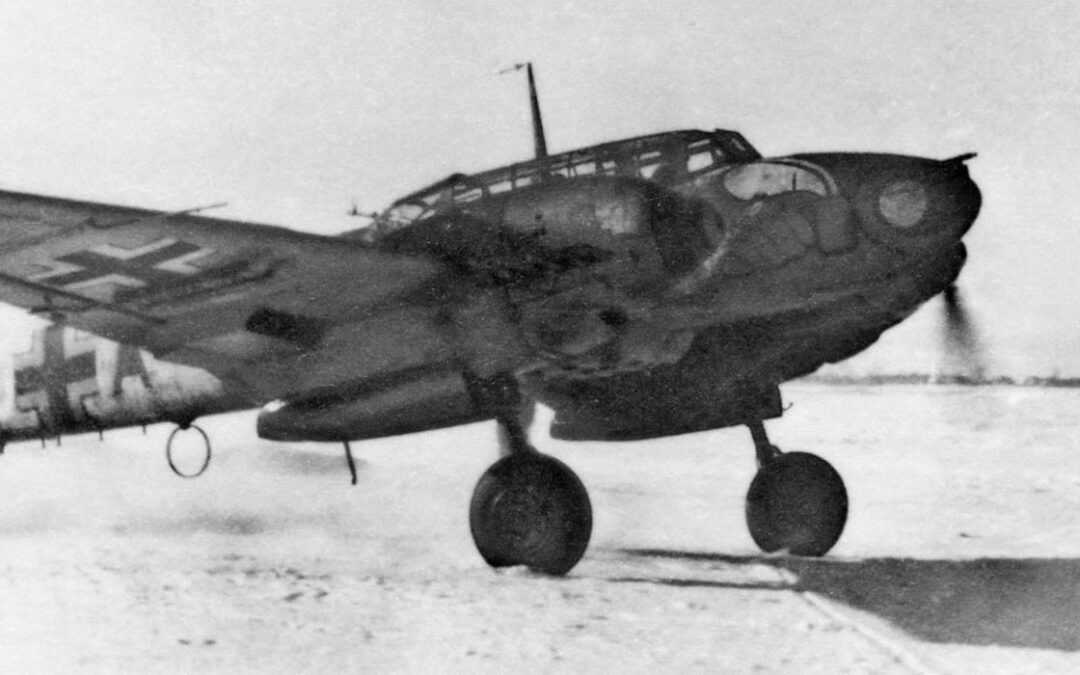 In June 2020, Air War Publications released an eArticle researched and written by Tim Oliver about Martin Heinze – a Bf 110 gunner who flew with many notable pilots, including 47-victory ace Herbert Kutscha. At the time, neither Tim nor the Air War Publications team were able to trace Martin Heinze’s story after the end of the war. All that was known was that he found employment as a tram driver, but quite where, or for how long, was a mystery. That was until Morten received an email from Martin’s grandson, looking to contact Tim. As you can imagine, this created some excitement and it was not long before Tim was able to share with Adam what he had learned about Martin’s life outside the military.

The role of a Bordschütze was an important one. As Johannes Kaufmann, a pilot with SKG 210 at the time of the German invasion of the Soviet Union noted: “Every Bf 110 pilot was totally dependent on his ‘back-seat man’, whose myriad duties included fending off enemy fighters, keeping a sharp watch on the surrounding airspace, confirming the results of a bombing attack … and monitoring the situation on the ground below.” Commencing his combat role in May 1940 and flying with notable aces, Martin Heinze was no stranger to combat, even managing to shoot down two enemy aircraft himself, with his rear-facing machine gun.

After the war, Martin found his way to Hannover, where he worked as a tram-driver, yet getting there was not quite so simple. Having been on leave during Christmas 1944, Martin was back at the front in 1945. By May 1945 things were desperate, and with the threat of being captured by the Russians and facing an uncertain fate, Martin fled west, swimming across the Elbe with comrades before finally making it to the relative safety of the British sector. No doubt crossing the Elbe brought back childhood memories of happier times, when he would swim in the Katzbach, a river near his birth place of Liegnitz (modern Legnica in Poland).

Martin always hoped he could resume his work as a barber, and for a time he did, but it was not to be and he eventually retired as part of the administration office of the Hannover tram line, Üstra. However, Martin was not always office-bound and in 1969 was on the frontlines for his employer against what he called communists of Der Rote Punkt organisation that demanded lower fares.

Although Martin did not discuss his war service very much, he did remain in contact with some wartime colleagues, including Herbert Kutscha, who always acted like a gentleman when he visited. Martin would cut their hair or sometimes play chess with them, no doubt reliving old memories and remembering fallen comrades. Having lived a long and prosperous life, Martin Heinze died in 2011 at the ripe-old age of 98 in Hannover. He had one child, a daughter.

Had it not been for Tim’s work exploring the wartime documents and experiences of Martin and bringing it to Air War Publications to publish, or a random Google search by Martin’s grandson, the story of one man’s war would never have been complimented by the life he lived after it.