by Andrew Arthy | Dec 12, 2019 | A Little Bit of Everything, Books, Publications, Research 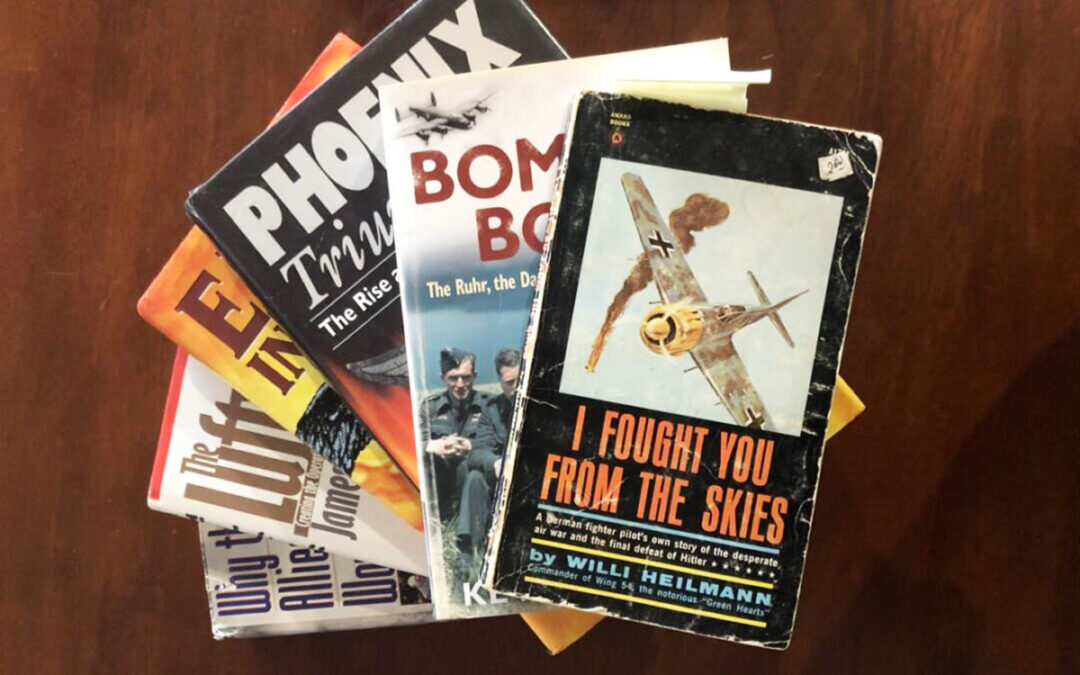 Following up Part One, our blog post series about our favourite aviation history books continues, and this time, the choices are Adam’s. Compared to Andrew’s selection, there is a similar theme that runs through Adam’s choices, even if the subject matter is not always the same.

Hooton – Phoenix Triumphant – Eagle in Flames series
“I know these are two separate books, but it really is just one story. Like Andrew with Fighters Over Tunisia, I picked up Phoenix Triumphant when still in school. At the time I really only knew the basics of the Second World War – and even then, just from an Allied perspective – so to have the German story unveiled in such an eloquent and considered manner, really focused my attention on what research in detail had to offer. To that point, I’d really only been exposed to popular accounts of military history, so to read an academic approach, really got me hooked. Meanwhile, Eagle in Flames, was, I think, the first book I ever got my local bookstore to purpose order for me, all on the strength of Hooton’s first tome.”

Wilson – Bomber Boys
“I picked this up at a second-hand bookstore, more on a whim than anything else and I have never regretted the decision. The way Wilson tells the story of RAF Bomber Command through the words and actions of the young men who took the nocturnal air war to Germany throughout 1943 is a great mix of the historical that never forgets the human and the emotional that goes hand in hand with any story of statistics, losses, bombloads and cities destroyed. As with Andrew and his affection for Shores et al., I think it provides a key motivating factor in how we write at Air War Publications.”

Overy – Why the Allies Won
“This was a purchase inspired by reading Hooton. The idea of mixing the world of the Allies and what I thought I knew about the war, with the experience of the Axis woven in opened me up to a new way of thinking about history I hadn’t been exposed to in school. Although published in 1995, I still find myself going back to its various chapters every now and then when – invariably whilst doing something else – I am reminded of something in it.”

Heilmann – I Fought You from the Skies
“This was something I stumbled across on David Wadman’s bookshelves during a trip to Canada some years ago. Published in 1966, it holds all the magic and sadness you’d expect, but lacks the sanctimony of some Second World War memoirs. The facelessness of Heilman in the story was something that really struck a chord because all you had was the power of words to colour pictures in the mind.”

On this, Andrew agrees, noting: “I like this one too – it gives a nice flavour of what the air war was like for Luftwaffe fighter pilots in the final year or so of the war.”

Corum – Creating the Operational Air War
“Although I would love to add Stopped at Stalingrad and Pfadfinder to the list, Corum pips Hayward and Wakefield for the simple fact that this was the first time I’d ever read something that concerned itself with the behind-the-scenes, as it were. Much like Homze’s Arming the Luftwaffe, it prompted me to reconsider how I thought about the Luftwaffe and other combatant air forces of the period, at a time when most histories of the 1920s and 1930s focused on the Depression and civil matters. It really did red-pill me as to the story of German re-armament and development in the inter-war years.”

Now that Adam and Andrew have revealed their favourites, Morten will be up next, some time in the New Year.
You can read about some of Morten’s top books here: Aviation History Books We Love – Part Three.