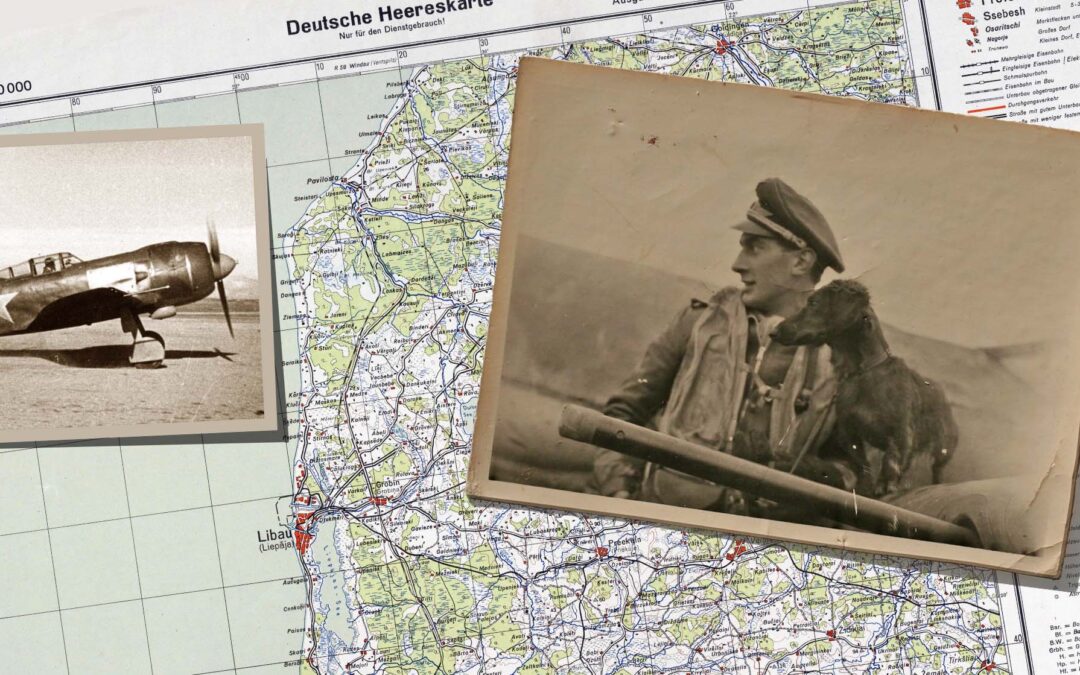 Today we are happy to share some very exciting news: after eighteen years of research and material-gathering, Andrew started writing the Air War Courland book! It’s been a lengthy process to get to this point, involving a huge amount of research, many trips to archives around the world, and lots of correspondence. In fact, the writing will actually be the ‘easy’ part of the job.

Many people might wonder about the lengthy delay in the appearance of the Air War Courland book, but there is a very good reason why it has taken so long. Early in the project, Andrew decided to focus his research on the entire northern and central sectors of the Eastern Front from 10 June 1944 to early October 1944, and then Courland and East and West Prussia from October 1944 to war’s end. This included all operations by Luftflotte 1 and Luftflotte 6 and their Soviet counterparts, 1.VA, 3.VA, 4.VA, 13.VA. 14.VA, 15.VA, 16.VA and the VVS KBF and ADD. All this material was typed up in a series of Word documents that we call data files. These data files currently amount to 800.000 words of research, with each piece of information footnoted, a total of 16.227 footnotes! Back in 2002 Andrew never could have anticipated that so many sources were available about this subject, and the amount of material gathered is a little overwhelming. There are still more sources to include in the data file (and inevitably, more will keep arriving), but it is at the stage where the Air War Courland book can be written, without missing anything important for the storyline and its conclusions.

It has been a huge research undertaking, which can serve as the basis not only for Air War Courland, but for numerous other books on the Eastern Front air war in 1944/1945.

Andrew wrote of the process: “There has been many fascinating experiences during my research. For example, turning up at the Swedish Krigsarkivet and Riksarkivet, where the archivists couldn’t believe a non-Swedish-speaker, and an Australian to boot, was interested in their records from April and May 1945. There were several unforgettable road trips with Morten to various parts of Germany, visiting veterans and going to the archives. And of course, making contact with so many veterans and families of veterans has been great, and has also added a lot of very valuable material to the story. I never thought I would have corresponded with the descendants of Gerhard Thyben, Manfred Eberwein, Fritz Schröter, Werner Dörnbrack, Otto Kittel, and many, many others.“

Andrew is going to write a standalone Air War Courland volume telling the full Courland story, and as previously mentioned, this book will be written in a somewhat different style to the first Air War Publications release (Fw 190 in the Battle for Sicily). It will also be much more than just the story of the exploits of German fighter unit Jagdgeschwader 54, with due attention given to all the other Luftwaffe units present, and just as importantly, to the many Soviet units that flew over Courland in 1944 and 1945. The Courland Pocket period will be given appropriate coverage, but there will also be extensive coverage of the earlier air fighting in the Courland area in July, August and September 1944, to set the stage for the events happening from October 1944 until the German surrender.

As noted above, during the research Andrew has gathered enough material to produce other books. An eventual ambition is to produce a two-volume history of the campaign in the more traditional, day-by-day style popularized by Christopher Shores, and used in Morten and Andrew’s Fw 190 in North Africa and Fw 190 in the Battle for Sicily books. As part of his research, Andrew has gathered a lot of information about the air war over Belarus, eastern Poland, East Prussia and Finland, for the period 10 June 1944 to the end of the war, so perhaps those stories might also be told by him and Air War Publications some day.

One important point is that hundreds of people have kindly assisted Andrew and Morten with the Courland project, including veterans, veteran families, researchers, aviation archaeologists, and enthusiasts. We would like to offer a big thank you to all of those people, and in the not too distant future you will finally get to see the results of all this work.