A Reader Reviews Our 2.(H)/14 Part One eArticle 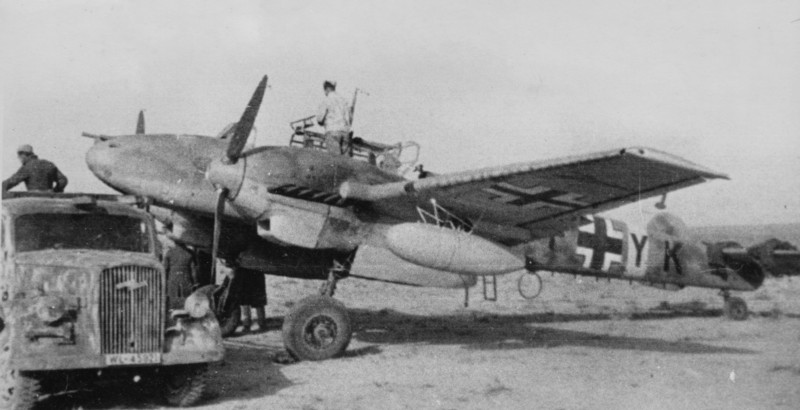 One of our loyal readers has been kind enough to review ‘Rommel’s Eyes Over the Battlefield: Stories of 2.(H)/14 – Part One’. Here is what he had to say about the eArticle, which is available here:

The authors of Air War Publications seem to have a predilection for the desert theatre of operations, as the focus of their books and even various eArticles deal with this aspect of Luftwaffe history.  I remember my first steps as a kid, discovering this part of such an extreme and demanding operational theatre, and ever since it has continued to grab my attention. Much has been told about this seemingly romantic and chivalrous period, and therefore it is a commendable effort by the authors to add even more details to complete the picture and to show the day-to-day life of men struggling to survive not only the elements, but also the worst of man’s creations: war. Today, men are still fighting there. History has to be written and read by as many people as possible in order to break the vicious spiral leading to war …

No, this article doesn’t deal with fighter operations, and is not even concerned with Jagdwaffe aces. It is not an article telling the story of that famous desert fighter pilot Ritterkreuzträger. Rather, it is the first of two parts of an article about a unit performing the quite obscure and often neglected task of reconnaissance. There is mention of a Ritterkreuz winner, but the name of the recipient doesn’t sound familiar to the ears.

The theatre of operations is the desert. The body of the article covers the missions performed in this rough surrounding, which is a mysterious, harsh and highly demanding place to fight a war. Sandstorms, mechanical problems, not to speak of all the other inherent problems of men fighting in that part of the world, are all part of this article …

This remarkable, well written and easy-to-read piece of writing tells the story of the men behind the unit and the difficulties they faced. Different anecdotes are fully documented. I only have one criticism: it is too short and you are left with an appetite for more. The second part is thus surely on my wish list. 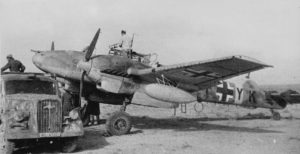 Despite not having the glitz and glamour of the German fighter units, there has been, in recent times, a remarkable resurgence concerning the fate and history of the Aufklärungsgruppen. It started a while ago, with Stefan Ommert’s book covering the same subject as this article, 2.(H)/14. Meanwhile, several (good) books were published concerning this intense and neglected part of the history of the Luftwaffe. Rabeder’s books covering the history of 1. and 2.(F)/123, Babin’s book covering Wekusta 2, and Forsyth’s recent effort concerning the FAGr. 5, just to name a few. This article completes the picture of what has already been written by Ommert and is a very good complement to his book.

Air War Publications’ continuous efforts to share their study and findings is to be recommended. They use a fresh approach in publishing, offering quality, very well researched and documented articles, proven by their exhaustive list of sources at the end of each article. The price of such a gem is way below the price of a book and will satisfy your interest: you pick just what is in your scope. I always print the .pdf and store it on my computer. Easy to read in printed form or on an e reader, this allows you to travel with treasures in a very compact form. I cannot applaud enough this method and thoroughly recommend this and all their other gems. I look forward to discovering both Part Two of ‘Rommel’s Eyes Over the Battlefield’, and their future publications …