Whilst researching other subjects, Andrew stumbled across an interesting German wartime signal about Luftwaffe camouflage, dated February 1944. The signal was intercepted and translated by the British during the war, and Morten photographed it at the National Archives in Kew, London, several years ago. Here’s the signal sent to German flying commands. 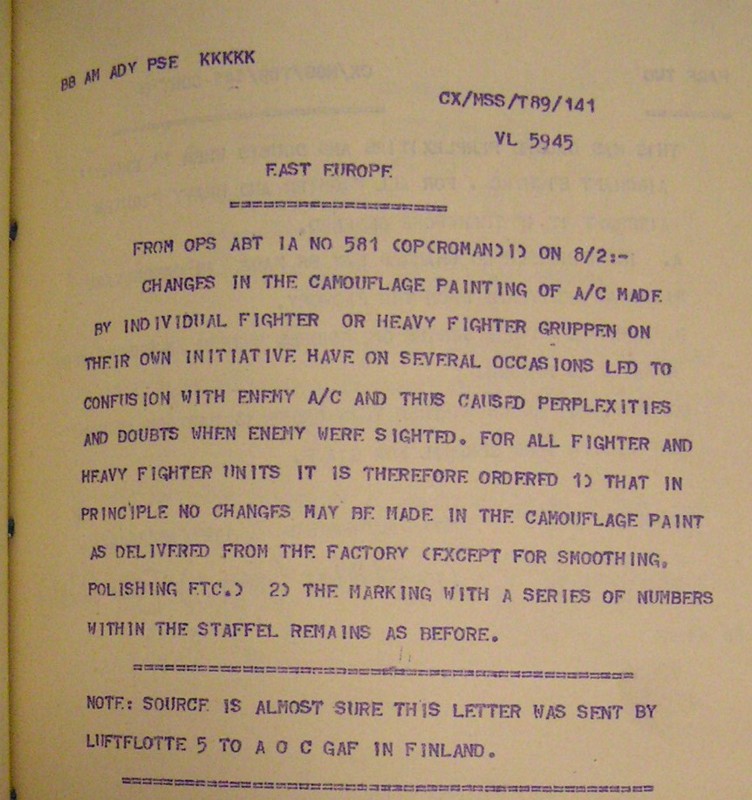 Wartime photographs show that this order was not followed too closely, with many Luftwaffe units greatly modifying their aircraft camouflage schemes. Below is an extreme example, the decidedly non-standard scheme carried by Major Karl Kennel’s Fw 190 A-8 Werknummer 171 189 ‘Black

Kennel’s unit, the II. Gruppe of Schlachtgeschwader 2, flew missions against the Soviets as part of Gefechtsverband Rudel right up to the final day of the war, operating in Czechoslovakia. Air War Publications plan to publish something about that formation’s commander, Hans-Ulrich Rudel, in the future.