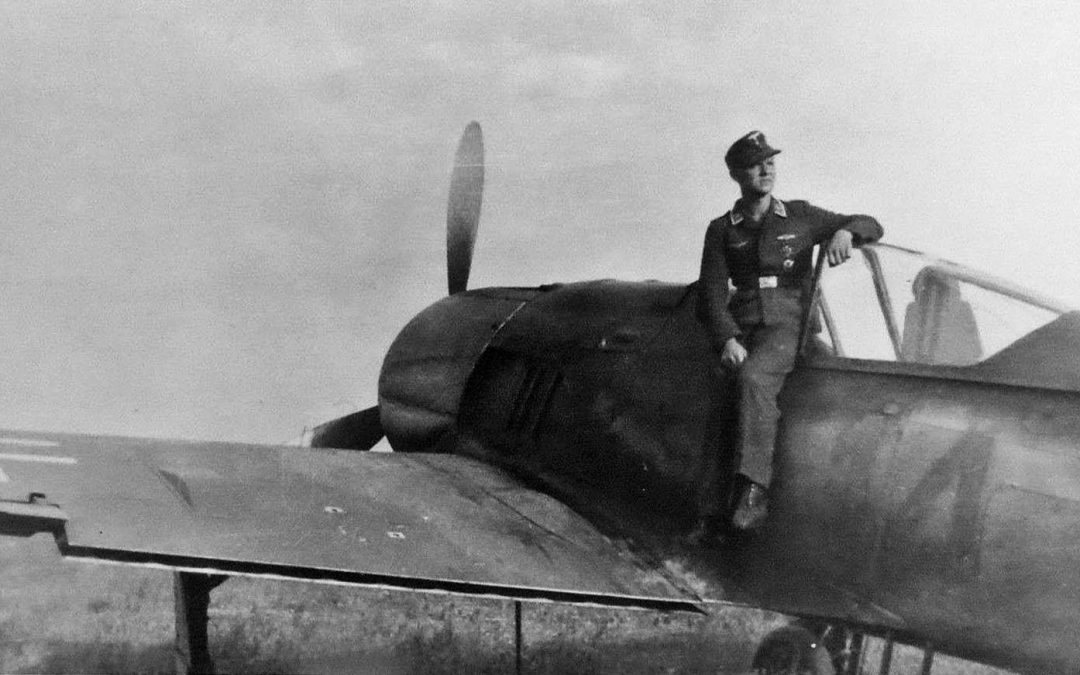 By 3 July 1944 the Soviet summer offensive, Operation BAGRATION, had soundly defeated the German Heeresgruppe Mitte, and was in the process of securing one of its major objectives, the city of Minsk. Thousands of German troops from 4. Armee had already been taken prisoner, and many thousands more were cut off and isolated behind enemy lines to the east of Minsk. The German army was scrambling to rebuild its lines, and the Luftwaffe had the vital role of attempting to slow the enemy advance.

Right in the firing line of the Soviet offensive was Luftwaffe headquarters 4. Flieger–Division, which controlled half-a-dozen Gruppen and various Staffeln based primarily at Wilna and Lida (west-north-west and west of Minsk respectively). The 4. Flieger–Division headquarters itself was at Wilna, and based alongside it were the ground-attack Fw 190s of the Stab, I. and III./SG 10, the fighters of III./JG 11, short-range reconnaissance unit NAGr. 4, and various elements of other short-range reconnaissance units. At Lida was another 4. Flieger–Division task force, including the Stab and Stabsstaffel of JG 51, III./JG 52, I./SG 1, and the Ju 87 G-equipped 10.(Pz.)/SG 1.

Late on 2 July 1944, orders were given to 4. Flieger–Division by 4. Armee, requesting reconnaissance to focus on the area north of Minsk and Molodeczno, as well as the Minsk area, Beresino-Ssmilowtischi and south of there (where many German troops had been surrounded), and finally the area south of Minsk. Fighter units of 4. Flieger–Division were to focus their efforts on the Grodek-Molodeczno road, as well as Beresino, and the railway line Zaslaw-Molodeczno. Bombing missions were to concentrate on the Minsk area. With the Soviets advancing en masse, there would be no shortage of targets.

The long summer days meant early starts for the pilots of both sides, and the Fw 190s of III./JG 11 took off from Wilna at 03:45 for a Jabo mission to Wilejka, a town to the north of Molodeczno which would be a real focal point for 4. Flieger–Division on this day. The unit landed at Lida after completing its task. III./JG 11 was only a very recent arrival on the Eastern Front, having previously served as a Reich defence unit.

Soon afterwards, at 04:30, I./SG 10 took off from Wilna for a ground-attack mission to the critical Molodeczno area. Between 06:35 and 07:35, and then between 09:00 and 10:05, the Gruppe flew two more missions against the advancing Soviets. III./JG 11 returned to attack Wilejka at 09:15, this time targeting the vital railway station just north of town. One of the German pilots involved noted that heavy anti-aircraft fire was encountered.

At 10:00 a new threat had to be urgently reconnoitred by 4. Flieger–Division: a Soviet bridge under construction in the river loop four kilometres north of Smorgonie. If completed, this bridge over the Wilja River would provide the Soviets with a very valuable east-west route towards Wilna.

Lt. Werner Zirus of I./SG 10 was off on another mission from Wilna soon after midday in his Fw 190 F-8 marked ‘White 1 + ’. This time, advancing tanks on the Molodeczno-Wilejka road were bombed.

In a day generally devoid of aerial combat in this sector, the only victory claimed by 4. Flieger–Division came from an unlikely source, as Ofw. Gustav Weippert of 2./NAGr. 4 reported the destruction of a Soviet R-5 just to the north of Wilejka at 14:15. Weippert was piloting a Bf 109 reconnaissance aircraft.

I./SG 10 and III./JG 11 flew a joint mission from Wilna around 18:00, successfully bombing Soviet vehicle columns near Wilejka, and I./SG 10 returned for a final mission as dusk approached, landing back at Wilna at 20:55.

4. Flieger–Division losses were few on this day. Amongst those recorded was an Fw 190 from III./SG 10 damaged by anti-aircraft fire, although the pilot was unhurt. From 9./JG 11, Oblt. Richard Rauscher was lost in his Fw 190 A-8 in the Molodeczno area during one of the Jabo missions, although the cause of his loss unknown. He is still listed as missing.

It had been a busy day for the men of 4. Flieger–Division, but coming days would see more of the same. The Soviet advance was now slowing as their supply lines grew longer, and German army resistance gradually stiffened. It was a similar situation in the air, as additional Luftwaffe units were rushed to the Heeresgruppe Mitte sector, and the Schlachtgeschwader were able to carry out some highly successful ground-attack missions. 4. Flieger–Division would remain on the Eastern Front until the very end of the war.