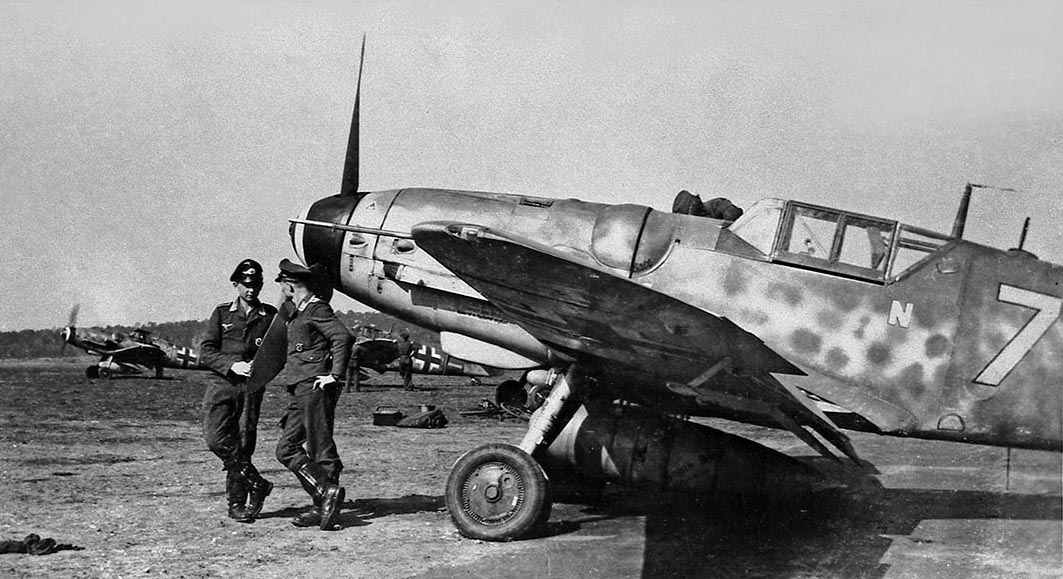 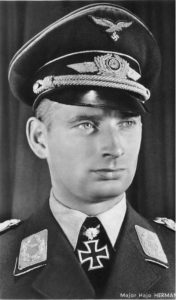 Hans-Joachim ‘Hajo’ Herrmann, who was vital in the development of the Luftwaffe single-engine night fighter arm. This photo is from January 1944.

Now available from the Air War Publications website is a new eArticle for your enjoyment, titled ‘Wilde Sau und Moskitojagd: Stories from the Luftwaffe‘s Single-Engine Night Fighters’. Neil Page and Jean-Yves Lorant tell the exciting story of nocturnal operations by the Messerschmitt Bf 109s and Focke-Wulf Fw 190s of Jagdgeschwader 300, 301, 302, and the more specialist late-war Luftwaffe units devoted primarily to hunting the Royal Air Force’s Mosquito. Jean-Yves is the renowned author of the two-volume Jagdgeschwader 300 history, and Neil has collaborated with Jean-Yves for many years on various projects.

Together, Neil and Jean-Yves have written a fantastic article, covering the entire history of the German single-engine night fighter arm, from humble beginnings as Nachtjagdversuchskommando Herrmann in 1943, to the final days of the war for Nachtjagdgeschwader 11. The article is replete with first-hand accounts, which provide the reader with a real sense of what it was like for these men on their dangerous nightly sorties. They faced all sorts of difficulties, and it was one of the more demanding jobs in the Luftwaffe in the later war years.

Accompanying the text are sixteen photographs of the men and machines involved in this story, as well as four excellent colour profiles of Bf 109s and two of Fw 190s by aviation artist Anders Hjortsberg.