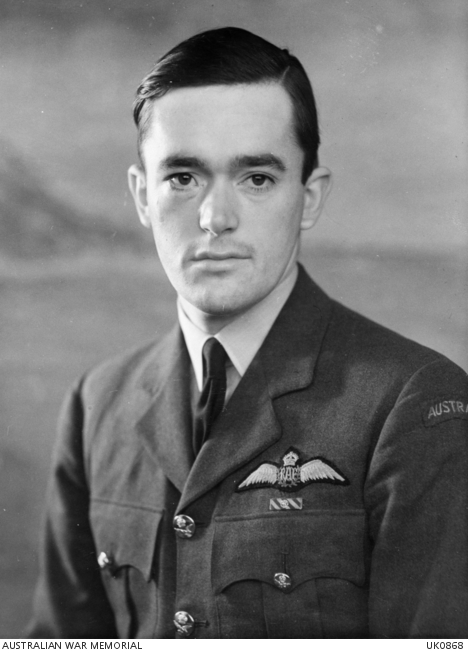 Although we never had the opportunity to meet him in person, Air War Publications was fortunate to correspond with Australian Second World War ace Squadron Leader F.A.O. ‘Tony’ Gaze. For several years he exchanged letters with Andrew, answering many questions about his action-packed air force service with Nos. 616, 131, 66, 610, 41, and 64 Squadrons in Europe.

Andrew was reading one of his brother’s motoring magazines in the mid-2000s when he found an article about the remarkable life of Tony Gaze. Noting that Tony lived in Victoria, a quick check of the Australian White Pages confirmed his postal address, and a letter was sent off. This began a most fruitful and enjoyable exchange of letters over several years. Tony, and often his wife Diana, were always very friendly, and happy to exchange news and information with a researcher they’d never even talked to on the telephone, let alone met.

Tony had a most eventful flying career, with numerous highlights and dramatic events. He was shot down over France on 4 September 1943, but evaded capture and later returned to operations. He was also held responsible for a disastrous 1942 mission which saw most of an American RAF squadron lost, and he successfully tangled with German jets in 1945.

Tony Gaze upon his return to England after evading capture in occupied France. Note the DFC ribbon and Bar.

After the war his life did not slow up all that much. He raced in several European Grand Prix events, and played a vital role in the establishment of the English motor racing track Goodwood Circuit (the farm he lived on in Australia in his later life was named ‘Goodwood Farm’ in tribute).

Recognition of his life and achievements included an Order of Australia Medal, and the Distinguished Flying Cross and Two Bars. Sadly, Tony passed away on 29 July 2013 in Geelong, near Melbourne, Australia (an obituary can be read here). Diana passed away in 2012.

An Air War Publications eArticle about an aspect of Tony Gaze’s RAF career is in the works, so watch this space.