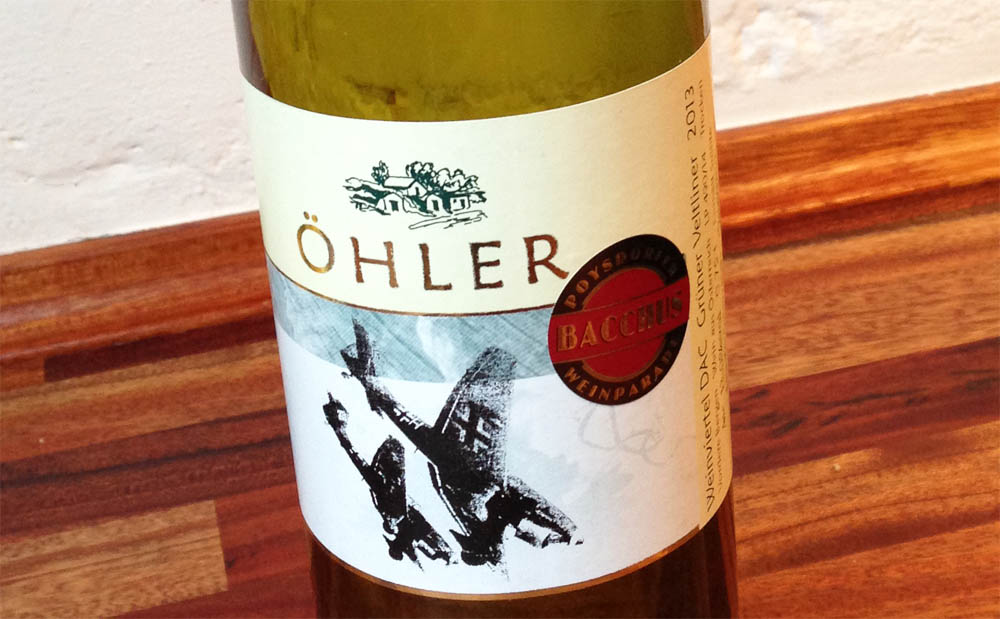 Today a completely unexpected package arrived. It contained a bottle of white wine – a Stuka wine! It was sent by an Austrian, Herr Öhler, who Morten was told about when visiting and interviewing Stuka pilot Hans Deibl in eastern Austria this summer. Herr Öhler had an interesting story to tell and Morten expressed an interest in it in a letter to Herr Deibl following the interview, but did not hear anything further until today. Herr Öhler is the son of an Austrian soldier who served on the central sector of the Eastern Front near the area of Witebsk – Smolensk – Minsk with 217th Pioneer Battalion. The Stuka wine is made because of an experience that Herr Öhler’s father had there.

One day a company from 217th Pioneer Battalion was sent to clear out a small party of partisans in a forest behind the German lines. The supposedly small unit of partisans were sabotaging railways and attacking German soldiers. Reconnaissance aircraft tried to spot the Partisans moving in the forest, but to no avail, so the soldiers of the pioneer battalion moved towards the woods. In order to reach the edge of the forest the Germans had to cross an open field. While crossing the field the partisans opened fire, and the enemy group turned out to be a larger force than expected, and was very well-armed. They fired grenade launchers and machine-guns at the German soldiers, who immediately dived for cover. The men who tried to retreat were killed by machine-gun fire or well-aimed sniper shots. The losses were terrible. The German unit was suppressed for a while before a small group of Panzer IIIs showed up. One of them was equipped with radio for calling in air support. Not long after the Panzers appeared Stukas of Sturzkampfgeschwader 2 showed up. They dropped their bombs with great precision and forced the partisans to take cover, and at that moment the German pioneers charged towards the forest and defeated the enemy despite suffering high losses. Herr Öhler’s father suffered a splinter in the stomach and multiple splinters in his back causing him pains for the rest of his life. But he had survived because of the support from the dive bombers and their highly skilled pilots.

Despite being unrelated to this event, Herr Deibl receives a box of Stuka wine every year, for the simple reason that he was a Stuka pilot who risked his life on every mission to support the troops on the ground.

Air War Publications would like to wish you a Merry Christmas … whether it is enjoyed with or without Stuka wine!