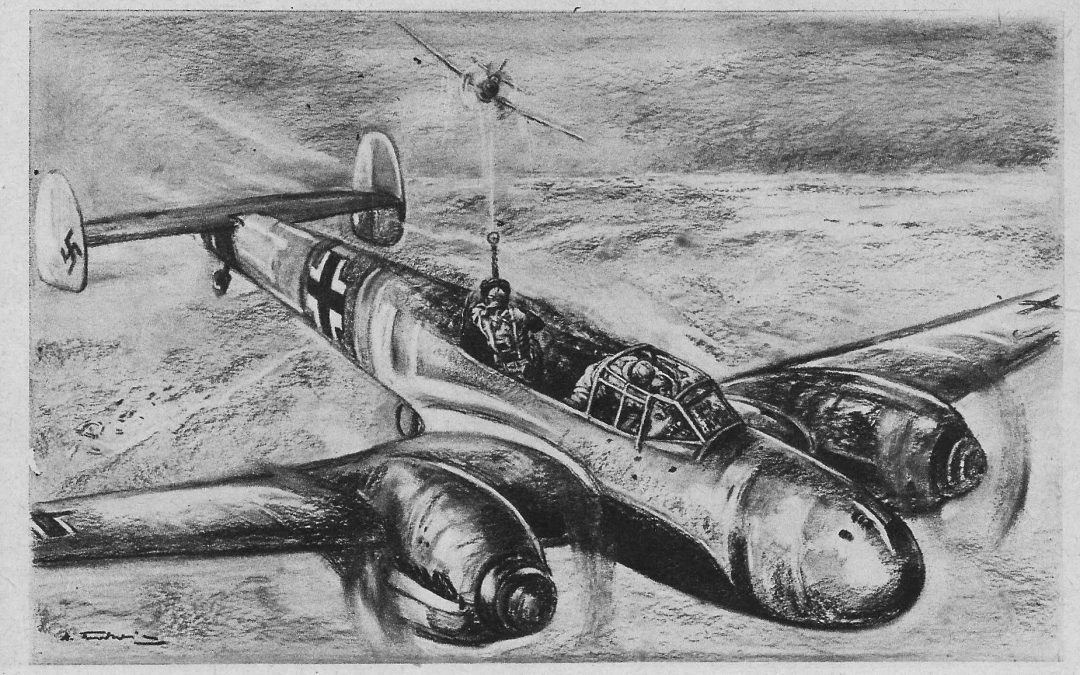 Part Two of our history of German short-range reconnaissance unit 2.(H)/14 is now available from the Air War Publications website. In this concluding section, Andrew Arthy and Adam Thompson take the story from November 1941 through to the end of the war. As was the case with the first half of the article (which is available here), Part Two is filled with numerous interesting occurrences and missions, and the focus is again on the unit’s service in North Africa. One of the features of this article is the amount of illustrative material, including 29 photographs, five excellent colour aircraft profiles (two Bf 110s and three Bf 109s), and five illustrations, two detail maps and an overview map. 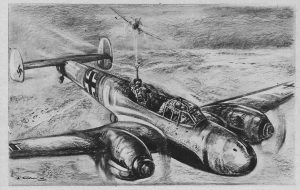 German wartime illustration of a 2.(H)/14 Bf 110 engaging a British Hurricane in January 1942. The German crew made it back to base, but their aircraft was badly damaged in the engagement. The story is in our article.

The British Operation CRUSADER, launched on 18 November 1941, caused some serious problems for General der Panzertruppe Erwin Rommel and the Axis army in the desert, but 2.(H)/14 did its best to keep the German commander abreast of the ever-changing situation. 2.(H)/14 flew itself to a virtual standstill in the desert up to April 1942, suffering heavy losses and struggling to maintain a sufficient number of serviceable aircraft. It was then given a much-needed break back in the Reich. The various crises in the Mediterranean theatre in early November 1942 saw 2.(H)/14 called back to North Africa, when it was transferred to Tunisia in the middle of that month, and it flew the Messerschmitt Bf 109 throughout the Tunisian campaign. The Staffel subsequently withdrew to Sicily in April and May 1943, earning praise from its superiors for its actions during the Allied invasion of that island in July 1943. That month it had to transfer to Italy, where it served with distinction until war’s end, being re-designated 1./NAGr. 11 in the autumn of 1943. All the while, it provided the Axis army commanders with valuable intelligence information, allowing them to keep track of Allied vehicle and troop movements, and try to ascertain their intentions. 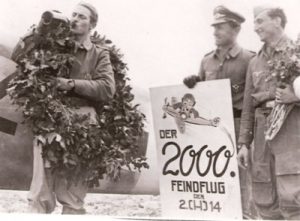 Part Two of our story features numerous first-hand accounts, several of which have not previously been published, along with all the illustrative material mentioned earlier in this blog post. Again, we would like to thank the family members of former 2.(H)/14 personnel who were kind enough to assist us with information about their relatives’ wartime careers with the Staffel. Their contributions have allowed us to share information not previously made public.

If you are interested in the Mediterranean theatre of war and Luftwaffe reconnaissance operations, this article provides many valuable details about a fascinating unit. Part Two of the 2.(H)/14 story can be downloaded from our website. We hope you enjoy what Adam and Andrew have put together.