Over Sea and Land: A History of Küstenfliegergruppe and Kampfgruppe 806 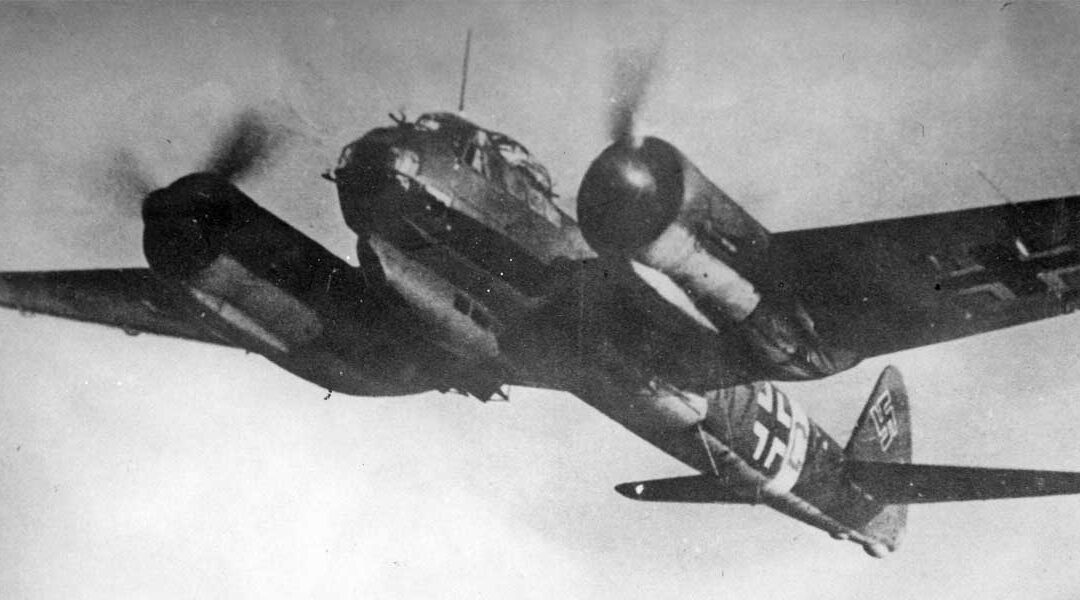 It has been a while since the last Air War Publications eArticle release, but we now have a brand new story available: ‘Over Land and Sea – A History of Küstenfliegergruppe and Kampfgruppe 806′

When Germany went to war in September 1939, it did so with a naval air arm that was under-resourced and equipped with aging aircraft bordering on obsolescence. In the autumn of 1939, the naval air arm underwent a wholesale re-organisation, and this period witnessed the creation of Küstenfliegergruppe 806. Although a new Gruppe on paper, the unit was an amalgamation of several pre-existing Staffeln that were simply rebranded.

Uniquely intended to be a land-based naval air arm Gruppe, Küstenfliegergruppe 806 was initially equipped with the Heinkel 111 J. However, the underpowered He 111 J was plagued by a series of technical deficiencies, and proved an unsuitable stand-in for the Junkers 88, which had been the first choice of German planners for the new unit. Struggling through the terrible flying conditions of the winter of 1939-1940, the Gruppe participated on the periphery of the Scandanavian and French campaigns in the spring of 1940. Subsequently converting to the Ju 88, the Gruppe was able to line up alongside other Luftwaffe units that were hurling themselves against England throughout what would come to be known as the Battle of Britain. Using its experience in operating against ships at sea, during the summer of 1940 the Gruppe was linked to Kampfgeschwader 54 and Sturzkampfgeschwader 3 in coordinating a campaign against maritime trade around the British Isles. Its designation also changed during this period, to Kampfgruppe 806.

As 1940 gave way to a new year and the campaign against Britain fizzled out, the Gruppe found itself relocating to Königsberg and its familiar stomping-grounds of the Baltic. This was no accident, as the Gruppe had been assigned to the invasion of the Soviet Union. As part of I. Fliegerkorps, Kampfgruppe 806 maintained a presence over the Baltic Sea as far as the Finnish coast and Leningrad. It could be dangerous work, as the crew of ‘M7 + EK’ found out on 29 June 1941. Spending 86 hours adrift in the Baltic, the story of Unteroffizier Heinrich Freese and his pilot and Staffelkapitän, Oberleutnant Viktor Schnez, is just one that makes up this latest eArticle from Air War Publications.

Including first-hand accounts from men like the enigmatic Kommandeur of the Gruppe, Major Richard Linke, amongst others, ‘Over Sea and Land’ covers the exploits of Küstenfliegergruppe 806 from its early beginnings through to its final operations in the Mediterranean in the summer of 1942 as Kampfgruppe 806, before it was re-branded as the III. Gruppe of KG 54.

In the first eArticle of the year for Air War Publications, Adam Thompson’s ‘Over Sea and Land’ sheds light on the operational history of an oft-overlooked participant in the war in the air, from Europe, to the Soviet Union and the Mediterranean. A nice side-venture from the three book projects that Andrew, Morten and Adam are involved in finalising, the team at Air War Publications hopes you enjoy the latest unit history eArticle, packed, as ever, with previously unpublished photographs and first-hand accounts, and meticulously detailed maps. You can find the eArticle here: Over Land and Sea