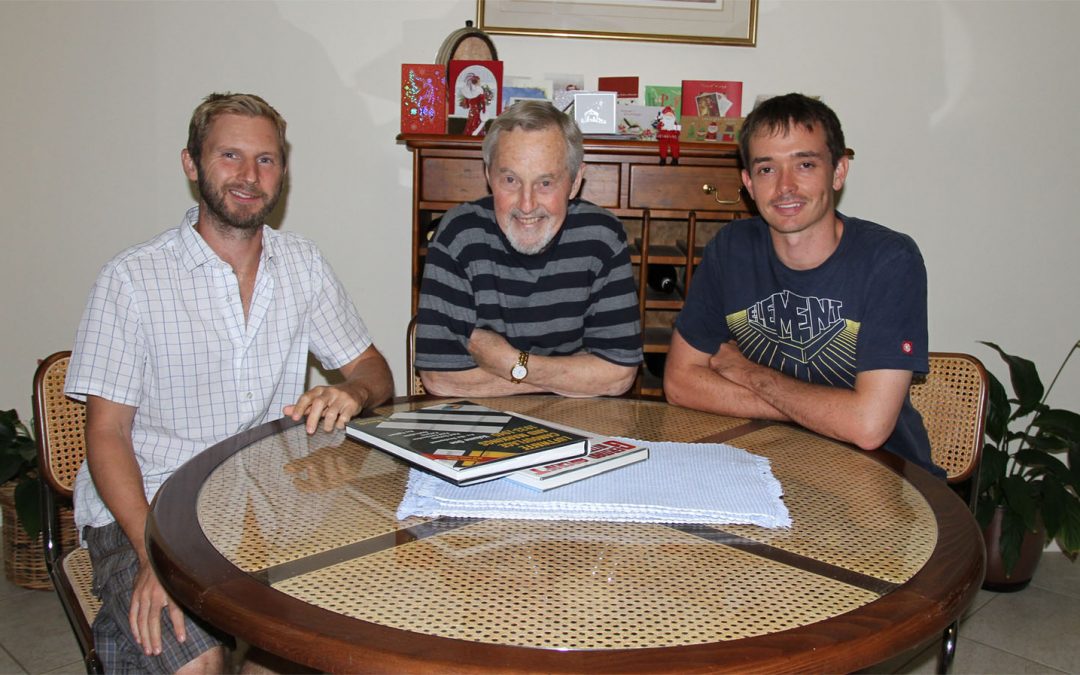 It finally happened! After years of corresponding we ended up in Adelaide, Australia, to meet with Ken Merrick, a long-time authority on the subject of Luftwaffe camouflage and markings. The meeting took place on 19 December 2013 at Ken’s home, and we sat around talking for twelve straight hours. It will be a day we long remember. 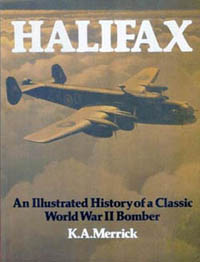 What was the first book you wrote (when was it published)?
The first book was the development and history of the Handley Page Halifax, but thanks to the indifference of the publishing world at that time, it was rejected as being “of insufficient interest”. That was finished in 1967 but was finally published in 1980 by Ian Allan Ltd and sold well – public tastes change over time. Ironically, the rights were bought by Aston Publications Ltd who printed an expanded edition in 1990 – and finally, full circle Ian Allan published a totally revised and much expanded edition in 2009 under their Classic imprint.

When and how did you become interested in Second World War aviation?
Growing up in wartime Britain it was almost inevitable that my interest in aviation developed. There were aircraft in the skies most days, Lancasters and Spitfires were being produced relatively close by and there were always random overflights by individual aircraft (not all of them friendly). I had a passion for flying and went to the UK in the early 1960s, for three years, to start doing research for writing on the subject.

How did you become interested in Luftwaffe colours and markings?
By default actually, my main interest being British aircraft, but when I started reading the published material on Luftwaffe aircraft I rapidly became frustrated at the way in which the subject of camouflage and markings was either ignored or misrepresented. The drawing of the period inevitably failed to represent any of the camouflage patterns, and the commentary on actual colours was often way off the mark, relying on previously stated comments, thus continuing the misinformation. However, there were a number of very good researchers in the UK who did have a more refined eye for the subject and my interest gradually turned to sifting the information and photographs. It almost completely took over my research and writing for the next 45 years – spurred on by the small amount of original documentation available – nothing like a challenge to keep one’s interest up. That gradually changed as more documentation surfaced, often through the kindness of so many other researchers with whom I was in contact.

Did you at any point during your writer career feel that anything got lost in translation between you and the end product?
Writing is intrinsically frustrating in so much as the author has a focus on a particular subject and a publisher, for commercial necessity, has a much broader spectrum view. That often leads to authors of specialist subjects becoming frustrated when the editorial team do cuts, not understanding what the significance of a particular piece of text or a photographs means to the subject. In some instances, some publishers simply were heavy handed with not just cuts but unwanted and incorrect ‘additions’ that never surfaced until the finished book arrived. Overall, I was fortunate to have had a very good relationship with Ian Allan Ltd and Classic Publications over many years, their editorial teams keeping in regular contact and no final decisions were made in absentia. On the other side of that coin, I have had publishers add unwanted and incorrect material that has caused confusion for more than two decades. Once in print, there is inevitably a portion of the reading and modelling community that will not move from that position.

What is your favourite aircraft?
There are too many interesting aircraft, not just for their operational history or design configuration, to be able to make a definitive choice, but the old Halifax, for so long ignored, despite an incredible wartime and post war history, remains top of that list of favourites. 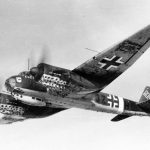 What is your favourite Luftwaffe aircraft?
Among the Luftwaffe‘s large inventory the same problem applies – so much to choose from.  Enthusiasts inevitably gravitate to the fighters of the period, because much of the literature that has been published [is] on [fighter] pilots, but setting aside the personnel involved, while the Focke-Wulf range of fighters are technically and aesthetically attractive others, such as the perennial Ju 88 in its many guises, has to be high on any list.

Where do you think the book publishing business is going?
I think that book publishing is facing a large challenge right now as market forces realign more with electronic competition – not just in direct product form, but with the plethora of ‘games’ that are sweeping the world and absorbing a lot of the buyer potential. Why read a book when you can become part of the artificial history syndrome seems to prevail. Personally, nothing equals holding a printed book in my hands – a constant reference source and just a pleasure in itself. E-book formats are very handy and portable (provided the batteries are charged) but how long that resource will last is yet to be defined; a printed book lasts indefinitely. I have some that date back to the earliest days of flying and are in as good condition today as when printed over a century ago. I sincerely believe that the printed format will never disappear but it is a difficult time for any publisher. A blend of both formats is probably the best compromise, allowing a wider range of readership via the cost to the reader.

What makes a good military aviation book for you?
Quite simply, good research and its readability. The art of writing a detailed history in a manner that holds the reader’s undivided attention is not easily come by and some very good works of research have defeated me with their plodding writing style. Fortunately, for the few books in that latter category, there are so many produced by people with both research and excellent writing skills. I find well written and researched military histories on virtually any subject enjoyable. 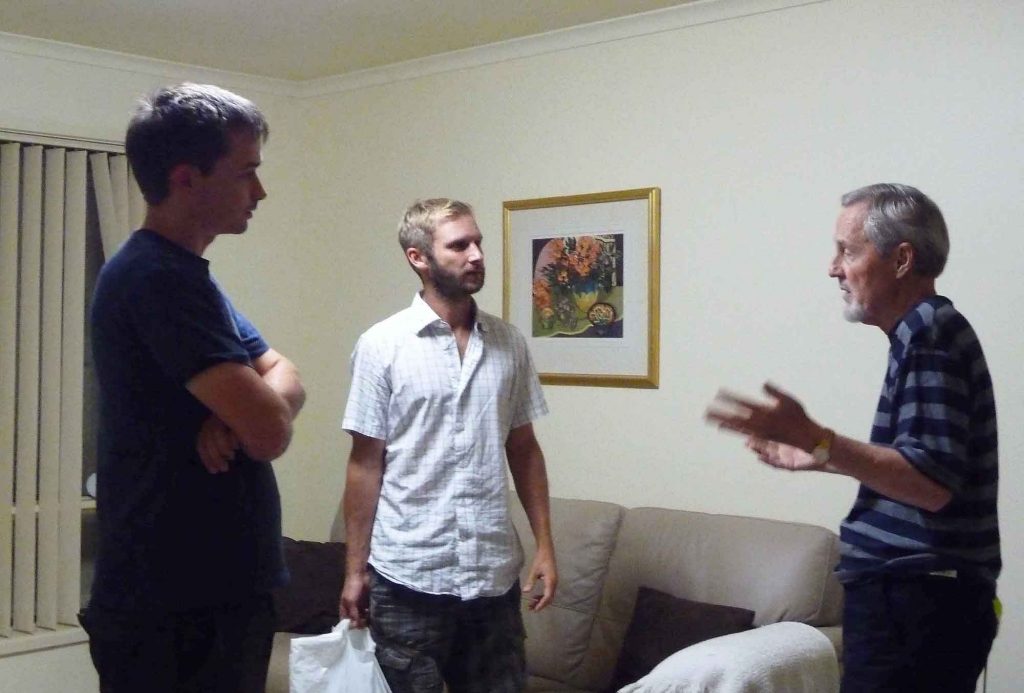 Andrew and Morten in conversation with Ken prior to leaving after talking for twelve hours. It was difficult to end the talk.