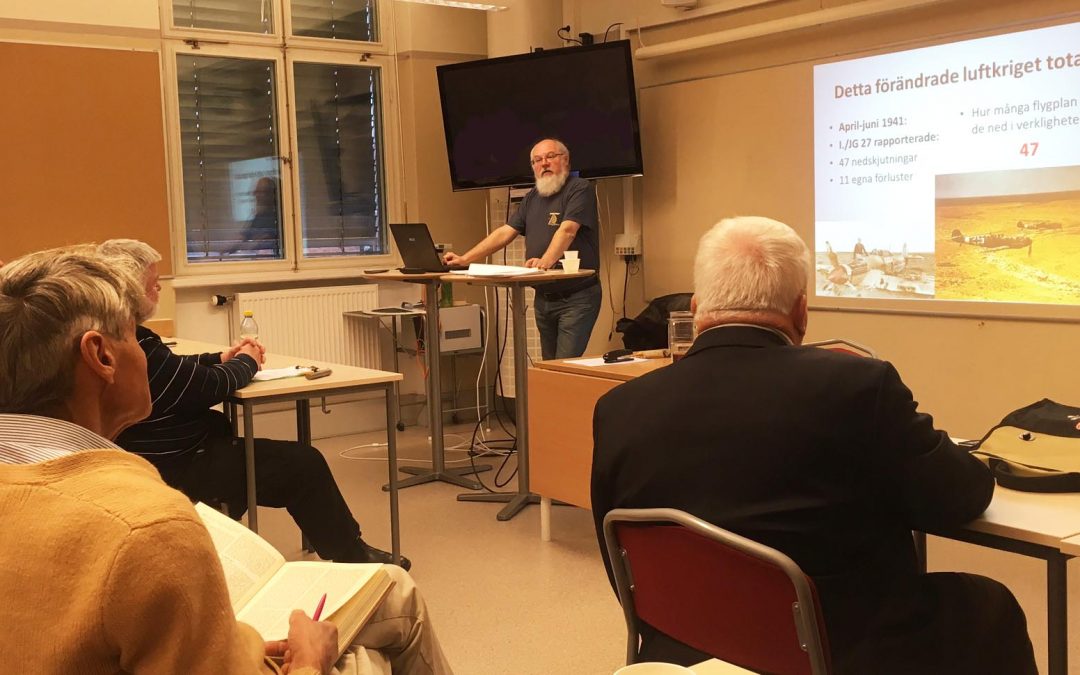 In the cold, windy north there was a gathering this weekend. A gathering of Luftwaffe nerds. The location was Eskilstuna in central Sweden and some twenty people had found their way to the Eskilstuna Gymnasium (high school) in the centre of town. It started out with a cosy Friday evening at the local brewery – Eskilstuna Ölkultur (meaning beer culture) – which held an Octoberfest with live music, Bavarian food and a special Luftwaffe beer. It was the perfect way to kick-start a weekend in the company of fellow enthusiasts, where Morten had been invited to do a talk about the Focke-Wulf 190 in North Africa.

Saturday morning began with a breakfast at the Gymnasium, which is housed in beautiful old stone buildings. The organizer – Christer Bergström, author of numerous Second World War books and founder of Vaktel Forlag (which publishes books on many other subjects) – started out by presenting the program for the weekend with the topic ‘The North African Air War’. In the following two hours Christer described how both sides in the conflict relied for the most part on old and obsolete aircraft, and how the introduction of German ground forces and the Luftwaffe completely tipped the balance and created the Rommel legend in 1941 and 1942. 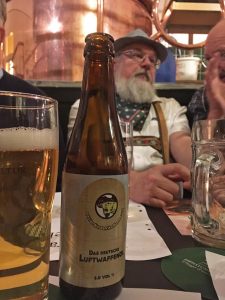 Enjoying the finest beer in Sweden on Friday evening … Luftwaffe Beer! In the background is Christer Bergström with hat and Lederhosen to match the Octoberfest atmosphere.

In the afternoon we heard a lecture about Hans-Joachim Marseille, from childhood to his death in the desert on 30 September 1942, followed by the film made about him in the 1950s.

Saturday evening was spent in conversation about the day’s lectures and book purchases, while getting to know each other, in the library of the local pub – The Bishop’s Arms. Interests ranged from general WWII aviation to very specific topics such as Luftwaffe weaponry or particular aircraft types. Morten had to turn in somewhat early as he had the morning lecture about the Focke-Wulf 190 in North Africa at 9 o’clock.

Next morning almost everybody had found their way back to the Gymnasium – some may have had a beer too many :0) Nevertheless, Morten started his lecture on the exploits of the experienced German Fw 190 units in Tunisia, based on the book by Andrew and himself, published in 2004, titled Focke-Wulf Fw 190 in North Africa. The lecture included an overview of events, a film of the II./JG 2 transfer from Sicily to North Africa, as well as a look into the life of the unit in North Africa. Morten concluded his lecture with some glimpses of what Air War Publication is currently working on.

It was a weekend well spent in good company with fellow enthusiasts, and Christer is already planning the next one.