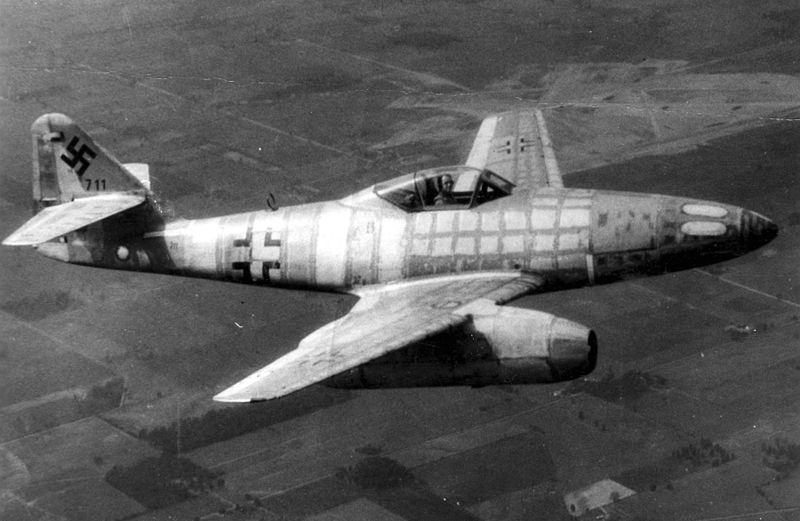 While browsing some British National Archives files Andrew came across another interesting German signal decrypted by the Western Allies. This one is from February 1944, and is a call for Luftwaffe “pilots with highest qualifications” to fly the advanced aircraft types being developed at that time by German aircraft manufacturers, including the Messerschmitt Me 262, Arado Ar 234, and Dornier Do 335.

The signal was highly significant for the British – for them it was the first time they had read of the Ar 234 or Do 335 in decrypted German signals, although the Me 262 had previously been mentioned. 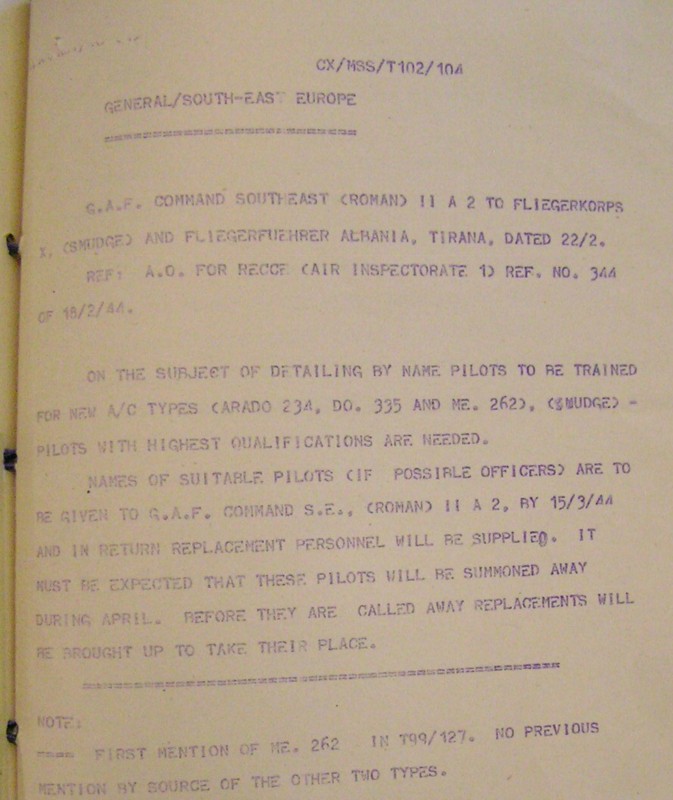 This signal is a good example of the often complicated nature of ULTRA material, with plenty of jargon and abbreviations throughout. The “CX/MSS/T102/104” is the individual reference for this particular signal (MSS being the abbreviation for “Main Series of Signals”). Then comes a geographical heading provided by the British. Next is a sentence giving an idea of the source and recipient of this particular signal (confusingly using a mix of German and English words and abbreviations!). There follows the signal itself.

A captured Me 262 being flown by an American pilot