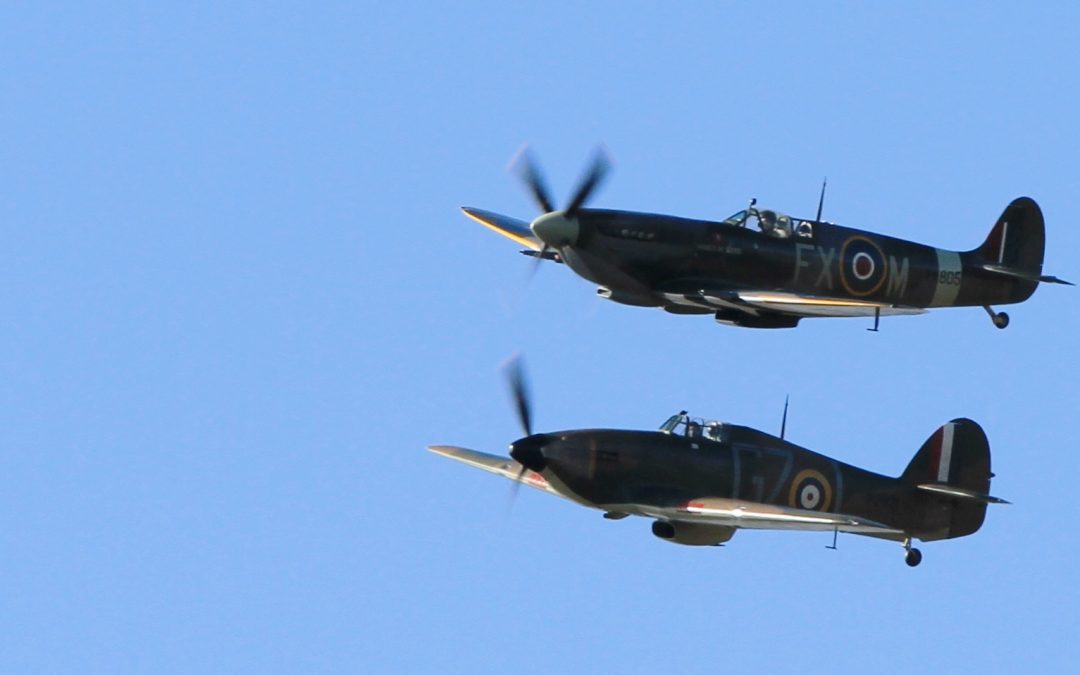 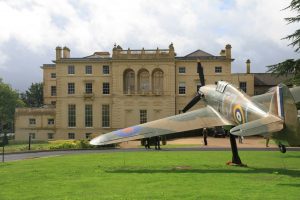 Bentley Priory on the northern edge of London, and the Hawker Hurricane on display in front.

Morten is spending this week on tour with a group of Swedes in London, southern England and northern France, visiting many of the important sites relating to the Battle of Britain. Monday started with a visit to Bentley Priory, located in Stanmore on the northern edge of London. The estate served as the headquarters of RAF Fighter Command from July 1936, during the Battle of Britain, and up to 1968, when other commands of the RAF also moved to Bentley Priory. After spending a good hour, watching a movie about the events at the Priory during the battle and seeing the interesting museum, we drove to the bunker that housed the Fighter Command No. 11 Group Operations Room throughout the Second World War – the room from which most of the RAF fighter operations during the Battle of Britain were coordinated. It served its purpose well and for the first time in history large amounts of information from radar, observers and airfields was being sent to the bunker by telephone (no radio signals could be received) to be correlated into a picture of the situation in and over southern England. Being a volunteer museum it is by appointment only, but very well worth a visit if you are in the area of Uxbridge (http://www.raf.mod.uk/battleofbritainbunker). 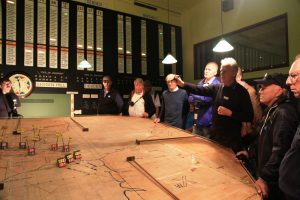 Inside the Battle of Britain bunker in Uxbridge. This site was secret until several years after the war. Not even the villagers living nearby were aware of its presence and importance.

Today we started early and took the ferry from Dover to Calais. Today’s targets were a quick stop at Adolf Galland’s residence while he was stationed at Audembert airfield, the remains of Audembert airfield itself, and a visit to St. Inglevert airfield. At Audembert we were guided by Laurent Bailleul, who is the chairman for preservation of military airfields in the area. Despite the “British” weather, Laurent succeeded in making the tour interesting while showing us the remains left by the Germans. In 1940 the Luftwaffe had their aircraft close to the air strip, but as the RAF began to fly sweeps over the Channel around 30 blast pens were constructed. The concrete foundations are still there for many of them (covered in bushes and trees and not interesting to photograph :)

Tomorrow we head back to London via Shoreham and Gravesend to see more Battle of Britain sites in the next few days.

Audembert airfield – in the foreground is a taxiway to the air strip that can be seen far in the background (the light green line in the far rear). Just behind the taxiway is a personnel bunker used for protection during RAF air raids.