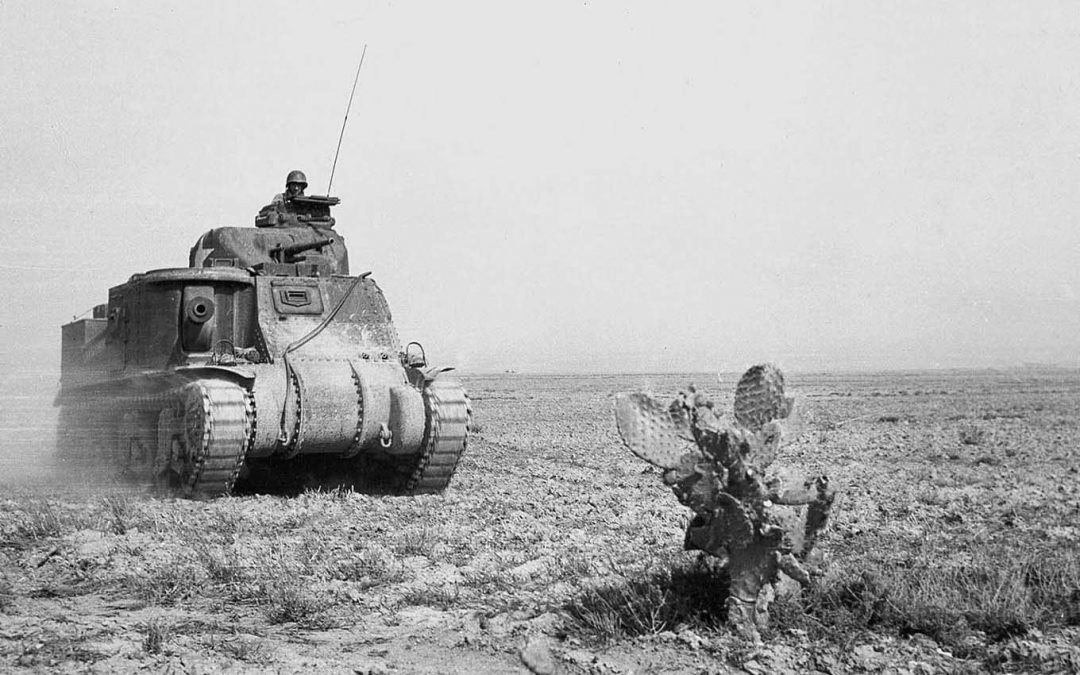 By mid-February 1943 the campaign in North Africa was moving towards its conclusion, but the Germans and Italians made one last desperate attempt to change the course of events, in what became known as the Battle of Kasserine Pass. While the land fighting has received much attention from historians over the years, little has been written about the air war in the Kasserine area. This blog post outlines one small aspect of the air fighting there: the activities of German long-range reconnaissance Staffel 1.(F)/121, which was largely responsible for monitoring the situation behind Allied lines.

1.(F)/121 was a longtime desert unit, having first moved to North Africa in 1941. By the time the Axis offensive commenced, on 14 February 1943, it was a highly experienced and successful unit, and would play an important role in the German land offensive in Tunisia, providing vital information to the army commanders through its daily long-range sorties. 1.(F)/121 was based at Gabes-West, an important Axis airfield behind the southern Tunisian front. From there, it could range all over the battlefield with its four serviceable Ju 88s (two others were unserviceable). 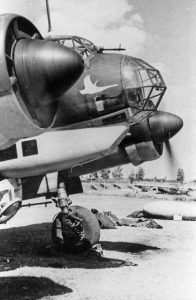 Work related to the central Tunisian offensive began in the weeks before 14 February, as 1.(F)/121 flew numerous missions over central Tunisia. For example, on 7 February a Ju 88 was sent out to reconnoitre the area of Gafsa-Maknassy-Sidi Bou Zid-Metlaoui, all central Tunisian locations that would feature in the forthcoming offensive. Bad weather would hinder some of these sorties, for example on 11 and 12 February. The area of Gafsa-El Guettar was a key 1.(F)/121 objective on the thirteenth, with a photographic mission flown there. However, this time the German crew had to abandon their sortie early due to the presence of enemy fighters.

14-15 February 1943
Finally, after much planning and preparation, the Axis forces moved forward at 04:00 against American and French troops in the area of Sidi Bou Zid and Faid. However, rather than the battlefield and its immediate area, on the first two days 1.(F)/121 concentrated mostly on photographic reconnaissance of Allied airfields, with trains and railway stations deep in the enemy’s rear areas also being investigated. One exception to the airfield tasks was a mission to Gafsa between 15:40 and 17:35 by pilot Oberleutnant Paul Birnkraut (8 April 1919 – 1 January 1987, who would be awarded the Ritterkreuz a few months later). He and his crew photographed near Gafsa, which was a town occupied by Axis troops that same afternoon.

16-24 February 1943
The period 16 to 23 February would see the Axis army initially make significant progress, before being gradually driven back to its starting positions. All the while, 1.(F)/121 flew sorties behind the frontline, often to Allied airfields, as well as almost daily sorties over the southern flank and the desert of southern Tunisia. Bad weather regularly hindered operations over central Tunisia in this period, and many times pilots had to turn back due to 10/10 cloud. For example, Paul Birnkraut and his crew were airborne again on 20 February in a Ju 88 marked ‘7A + AH’, to reconnoitre Gafsa-Tebessa-Le Kef, a semi-circle of key towns behind the Allied front. However, his observer noted in his Flugbuch that they had to break off prematurely due to the inclement weather.

By 24 February 1943 the Allies had retaken much of their lost territory and 1.(F)/121 turned its attention almost entirely to the southern front and the Mareth and Medenine areas, where the British Eigthth Army was threatening. Despite the bad weather, the Staffel had provided some vital intelligence information to the Axis high command during the Kasserine battle. This was most impressive given that it had only half-a-dozen aircraft on strength, and flew unescorted in an area with many Allied fighters.