Wüstennotstaffel Parts One and Two 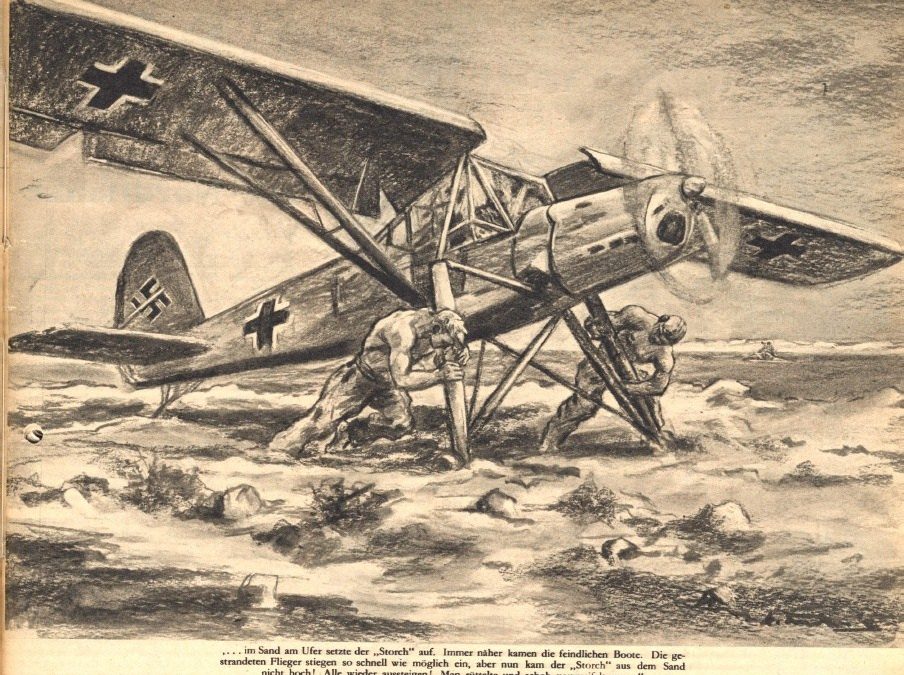 In case you missed it, in 2014 we released a two-part eArticle about the German desert rescue squadron, the Wüstennotstaffel. There has always been an interest in this fascinating little unit, which operated over the Libyan, Egyptian and Tunisian deserts between 1941 and 1943. However, our article is the first time that the story has been told in full. The unit was responsible for many daring rescues, but also found itself employed on a variety of other jobs, including tracking down British special forces, carrying out battlefield reconnaissance, transporting VIPs and supplies, and evacuating wounded troops to hospitals. The unit proved very valuable in all of these roles. 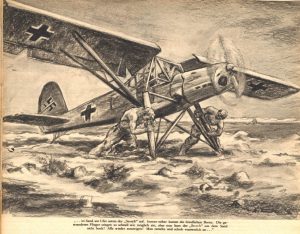 An illustration from a German wartime publication showing a Wüstennotstaffel Fi 156 Storch during the rescue of a Ju 87 Stuka crew in 1942. The aircraft had become bogged in the sand. The desert presented the men of the Wüstennotstaffel with many unique challenges!

We were very fortunate to receive full co-operation from the family of Heinz Kroseberg, who was the Staffelkapitän and also the most prominent pilot to serve with the Wüstennotstaffel. The much-respected Hauptmann Kroseberg gave his life on 12 May 1942 searching for German airmen shot down in the Mediterranean, and was subsequently awarded the Ritterkreuz. We felt that it was important to tell his story, and that of his comrades.

The two-part article is definitely worth checking out if you have an interest in the desert war, and it can be downloaded here.

Christopher Shores, co-author of the excellent Mediterranean Air War series, gave a glowing review of Part One of the article, and his review can be read on this page.