by Andrew Arthy | May 18, 2014 | A Little Bit of Everything, Wüstennotstaffel 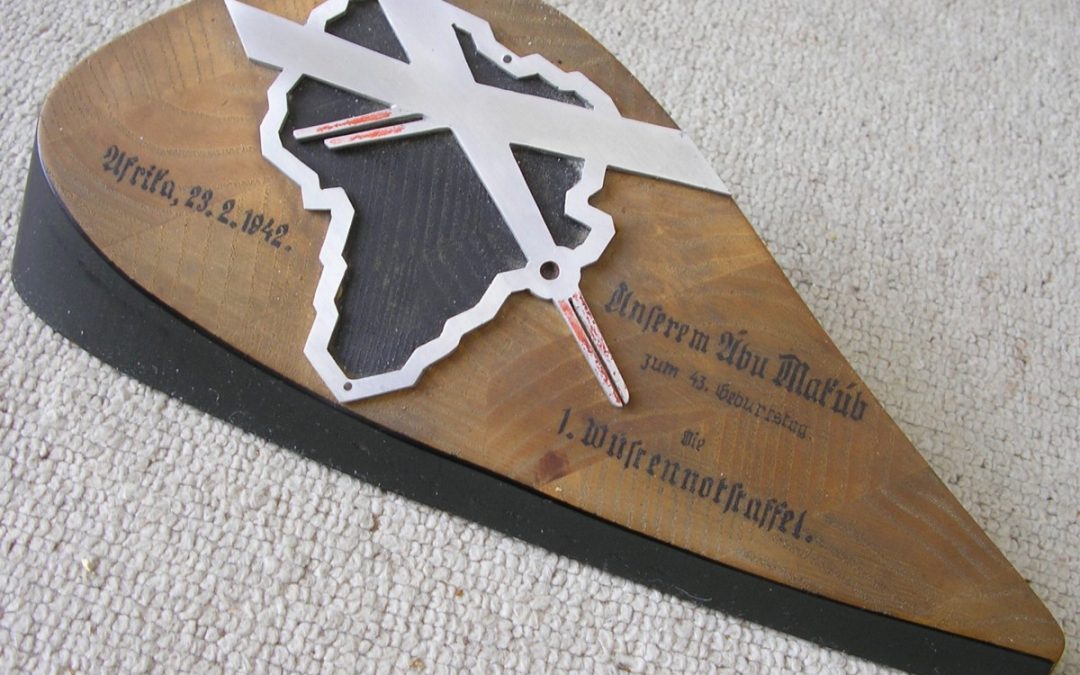 This is a photograph of a fascinating piece of Wüstennotstaffel memorabilia that belonged to Staffelkapitän Heinz Kroseberg before his death on 12 May 1942. It is a birthday plaque made for his 43rd birthday (23 February 1942) by a Wüstennotstaffel comrade from the propeller of one of Kroseberg’s Fieseler Storch aircraft. It features the unit emblem, a Storch (the German word for stork) superimposed on the continent of Africa. The text to the right of the emblem reads: “Unserem Abu Makúb zum 43. Geburtstag, Die 1. Wüstennotstaffel.” Kroseberg was proud to be known as Abu Makúb, or father of the storks, and he is the key character in our article ‘Wüstennotstaffel Part One’, due to be released in a few days. 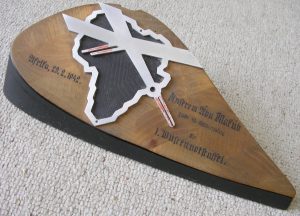