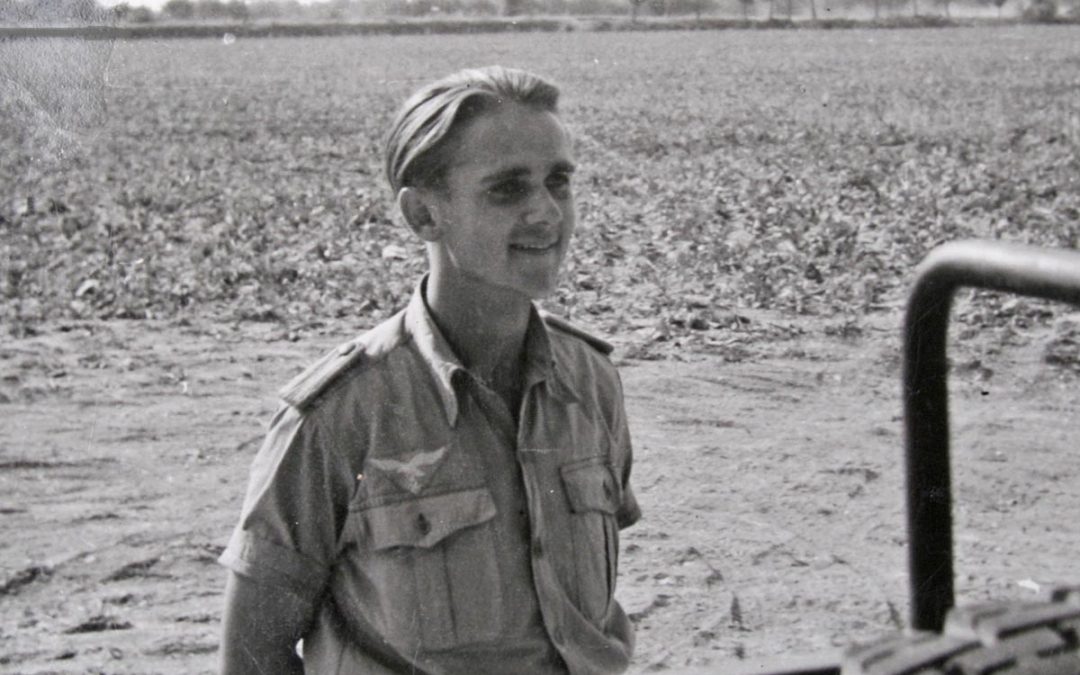 Werner Zirus, the former Schlachtgeschwader 2 and Schlachtgeschwader 10 pilot and author of Als Schlachtflieger im Einsatz, passed away on 8 September 2015. Werner saw service in Sicily, North Africa, Sardinia, and on the Eastern Front between 1942 and 1945, initially flying the Bf 109, and later the Fw 190. He claimed several aerial victories, including a B-17 and two Il-2s.

Werner joined the Jabogruppe Oberbefehlshaber Süd, a short-lived unit based on Sicily and operating against Malta, in October 1942. These were difficult missions during the last major Axis air offensive against the stubborn defenders of the British island. Lt. Zirus flew his first mission on 25 October 1942 in a Messerschmitt Bf 109 F-4 loaded with a 250 kg bomb – a sunny day without a cloud in the sky. The formation took off in intervals from 16:25 and gathered above the airfield at 3.000 m, before turning south and climbing to 7.000 m. En route the ground-attack formation was joined by escort fighters of Jagdgeschwader 53, and shortly before reaching Malta the escort spotted British fighters over Gozo. The bomb-equipped Bf 109s had to start their attack approach soon before being attacked themselves. Turning around slightly in order to have the sun in their backs, they started their descent toward Luca airfield. The high-speed dive caused pressure in the ears while anti-aircraft guns of all calibres fired at the attacking aircraft. At 1.500 m the pilots released their bombs and leveled out at high speed close to the ground while rushing north. A few British fighters attacked Werner’s machine when he passed over the coastline and bullets were hitting the water in front of him. He used his rudder to side-slip and avoided being hit until the enemy fighters turned away. At 17:17 Werner was safely back on the ground after an eventful first combat mission. 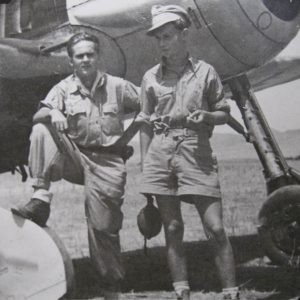 Lt. Zirus together with his first mechanic in front of his aircraft. The photo was taken in July 1943 on Milis airfield on Sardinia. It was a challenging time with the crews fighting malaria and heat stroke more than the enemy.

On 5 November 1942 Werner arrived in the desert of North Africa. It was here that he became a hardened combat pilot, flying several combat missions and earning the Iron Cross 2. Class on 11 March 1943.

Werner Zirus continued to fly throughout the war, during the Battle for Sicily and eventually ending up on the Eastern Front, where he for a brief period served with a test unit – Erprobungskommando 26. He ended the war with I./Schlachtgeschwader 10 on the southern sector of the Eastern Front, having earned several aerial victories, the Ehrenpokal (Honour Goblet) and the mission clasp in gold on 19 May 1944 having flown 110 combat missions. After the war he worked as a school teacher.

His contribution to our Focke-Wulf Fw 190 in the Battle for Sicily book was very valuable indeed. When Andrew first contacted him in 2003 he was (understandably) very surprised to receive a letter from a young Australian historian, but he kindly answered all his questions. He was one of the first veterans Andrew ever corresponded with. Morten was subsequently able to meet and interview him twice, and had some most enjoyable visits. He was a happy, smiling and kind man – always helpful with stories, answering questions and showing his photo albums. Morten was very close to meeting him a third time, but got stuck in traffic and had to head directly to the Frankfurt airport instead, having lost 1,5 hours in a queue on the highway. Unfortunately, Morten was not able to meet up with Werner again. 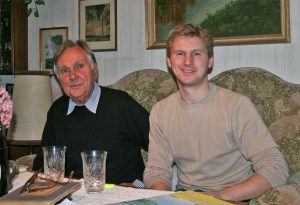 Morten visiting Werner Zirus in April 2006 in his home just south of Frankfurt am Main.

As far as we know, Werner never finished the second volume of his memoirs, but he was working on it. He had quite a few stories to tell from his time in Russia, so hopefully something becomes of the manuscript.