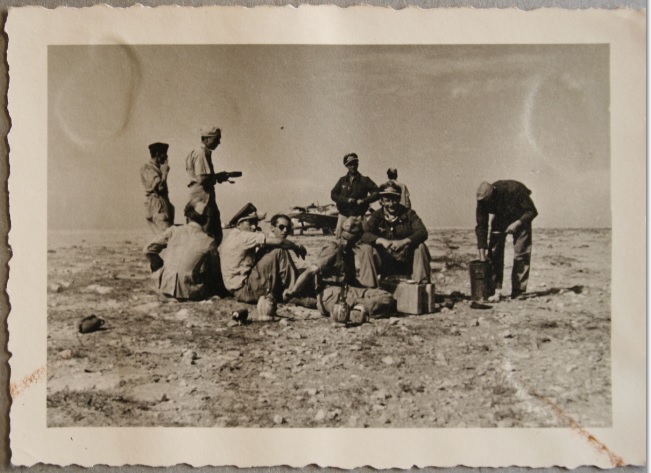 The Bf 109 fighter-bomber was vital to the Luftwaffe in the North African campaign of 1942, and it served with several very successful units in the period either side of the Battle of El Alamein (23 October-4 November 1942). These German units carried out highly effective hit-and-run raids on a range of British and Commonwealth targets in forward areas, including trucks, reconnaissance vehicles, artillery, and airfields. One of the men leading these raids was Siebelt Reents, a veteran of the Spanish Civil War, and a man who enjoyed an eventful, successful and varied Luftwaffe career.

Siebelt Reents was born on 11 August 1910, and was a prominent pre-war German fighter pilot, serving as the final Staffelkapitän of 1. J/88 with the Condor Legion in Spain. He was a contemporary of Werner Mölders, and Hauptmann Reents claimed the destruction of a Republican Curtiss fighter aircraft on 6 February 1939. 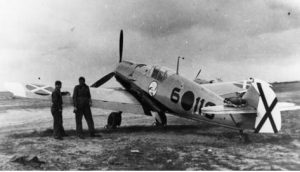 This Bf 109 was flown by Siebelt Reents in Spain, and carries the Staffel emblem introduced during his time with the unit.

Upon returning from Spain, Siebelt Reents assumed command of a Zerstörerstaffel, and his wartime career would see him fly with a wide variety of Luftwaffe units in the far-flung reaches of German and occupied territory.

During the Battle of Britain he was a member of II./JG 27’s Gruppenstab, participating in dozens of cross-Channel missions. He then had an absence from operational flying, and during the winter of 1941/1942 he was based at Oldenburg with a night fighter headquarters.

To Africa
After a short period of fighter-bomber training at Deblin-Irena in Poland (where he flew the Hs 123, Bf 110, Bf 109, and Ar 96), Major Reents arrived in the desert in early September 1942. He joined the Jabogruppe Afrika at its Bir el Abd base soon after Feldmarschall Erwin Rommel’s defeat in his ‘last roll of the dice’ Alam Halfa offensive. The Jabogruppe Afrika had been formed from several independent Jabostaffeln, and had on strength twenty-odd repaired and second-hand Messerschmitt Bf 109 F-4 Trop fighter-bombers.

Major Reents flew his first African mission on 12 September, against British anti-aircraft positions south-east of El Alamein, but his next mission did not come until the 28th of that month, and was broken off early due to undercarriage damage (a common problem for Luftwaffe aircraft operating in North Africa). Below is an extract from Siebelt Reents’ Flugbuch (or logbook in English).

Extract from the Flugbuch of Siebelt Reents, showing his early flights in North Africa. He flew an aircraft with the usual Gruppenkommandeur marking, a double chevron.

The unit’s Bf 109s usually carried four 50 kilogram bombs each, and strafing with onboard guns was also an important means of attack. Tremendous successes were claimed – some examples from Siebelt Reents’ time with the unit including: 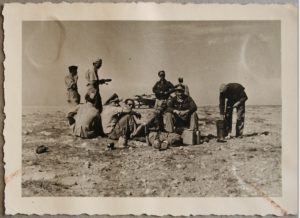 One of the more notable African missions flown by Major Reents was the 2 October 1942 raid on Burg el Arab airfield, an ambitious attack which saw six Bf 109s of the Jabogruppe Afrika intercepted by Kittyhawks of No. 112 and No. 450 Squadrons. Two of Siebelt Reents’ men were shot down (one a future Ritterkreuz winner), but the Kommandeur made it back to Bir el Abd unscathed at 17:36 after dropping his four 50 kilogram bombs on target.

However, his period in charge of the newly re-designated I./Sch.G. 2 was not deemed a success by his superiors, and as a result he was replaced towards the end of November. Major Reents flew his final mission with the Gruppe on the 25th, and then departed for Europe.

Siebelt Reents went on to command III./Zerstörerschule 2 (re-designated II./SG 101 in the spring of 1943) at Paris-Orly, and from October 1943 to September 1944 he was in Romania with the Luftwaffen-Mission Rumänien. This period saw some scrambles flown by the 33 year old pilot, including an encounter with USAAF Liberators on 6 May 1944, Mustangs of the 31st or 52nd Fighter Group on 31 May 1944 (which hit Reents’ Bf 109 eight times and wounded him), and Mustangs and Liberators on 15 July 1944. He was forced to flee Romania with the rest of the Luftwaffe in the late summer of 1944, taking command of a training unit towards the end of that year.

He ended the war in Denmark with I./SG 151, and even had the opportunity to fly the Dora-9, the long-nosed Focke-Wulf 190 D-9. Siebelt Reents lived for a long time after the war, passing away only a few years ago at the ripe old age of 101, in the Wittmund area on 11 May 2012.