by Andrew Arthy | Feb 28, 2017 | A Little Bit of Everything, eArticles, Publications 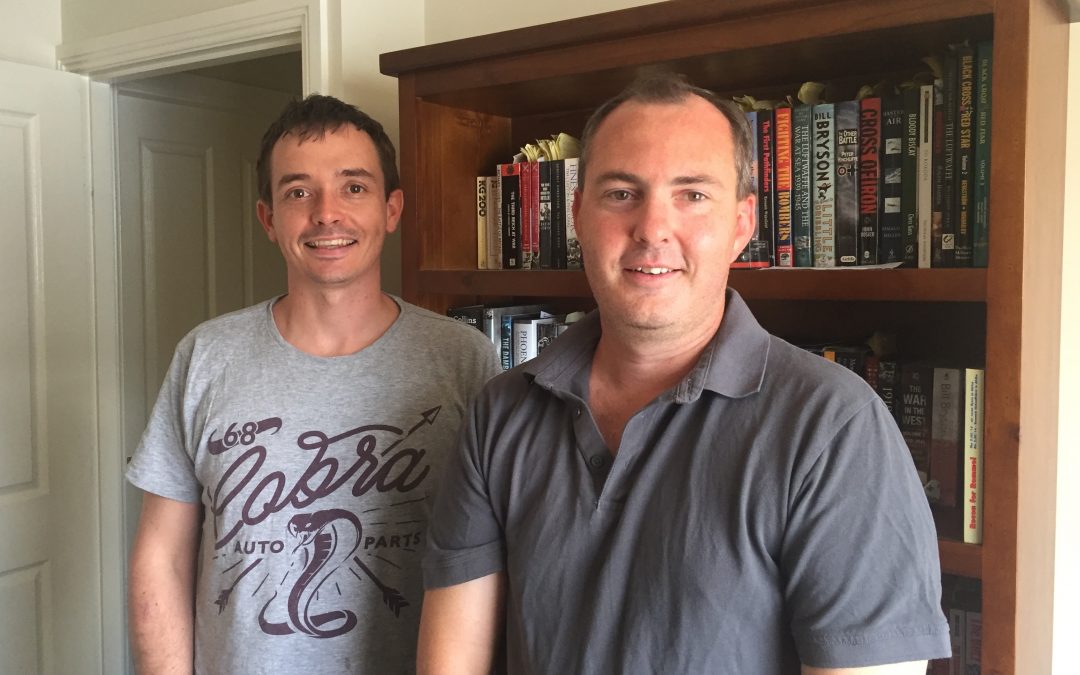 Andrew is on a road trip around Australia at the moment, and one of his stops along the way was the home of Air War Publications contributor Adam Thompson. Adam co-wrote the Wüstennotstaffel eArticle (available here), is the author of the forthcoming 20 December 1943 eArticle, and is also the co-author of our soon-to-be-published 2.(H)/14 two-part eArticle. Aside from catching up on the latest events in their respective lives and rehashing old memories from their time together at university, they have also been hard at work on some research projects – both new and ongoing. Given that the Air War Publications ‘team’ lives thousands of kilometres apart, it was a rare opportunity to meet in person and talk about our favourite subject: aviation history.

The 20 December 1943 raid is a departure from Adam’s usual focus on the maritime air war. Instead, his new eArticle looks at the other events of the Eighth Air Force raid which was popularised by the remarkable survival of the B-17 Flying Fortress, ‘Ye Olde Pub’. However, rather than rehash the actions of Charlie Brown and Franz Stigler, the article instead explores the heroic activities of Sgt. Vosler (who would earn a Medal of Honor for his actions that day), while simultaneously recording the day’s activities from both the American and German sides.

Meanwhile, work on the first part of their 2.(H)/14 article continues, and with Morten now completing layout, it is rapidly approaching publication. This is a return to familiar territory for Adam and Andrew, being a companion piece to their earlier Wüstennotstaffel article. They were able to finalise the text for Part One of the 2.(H)/14 story, which covers the period from the unit’s formation in Austria in 1938 to operations over the desert in October 1941, just before the British began their Operation CRUSADER offensive. Yet this wasn’t their only focus. 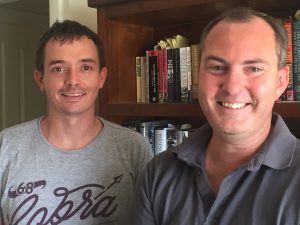 Andrew and Adam catching up in his ‘man-cave’, making sure to stay out from under the feet of Adam’s beautiful wife, Melanie.

Spending a bit of time discussing research and writing, the pair developed ideas and did some planning for future projects. While we don’t want to ‘let the cat out of the bag’ just yet, the focus for collaboration that Adam and Andrew agreed upon will allow a steady stream of the quality articles we’ve come to expect from them being published into the future. Looking further ahead, they also discussed their long-term book projects, both in their own right, but more importantly, those of a collaborative nature.

To cap it all off, the missing member of the team was able to join in when Morten called Andrew and Adam on Skype. So all in all, it was a productive and enjoyable few days!