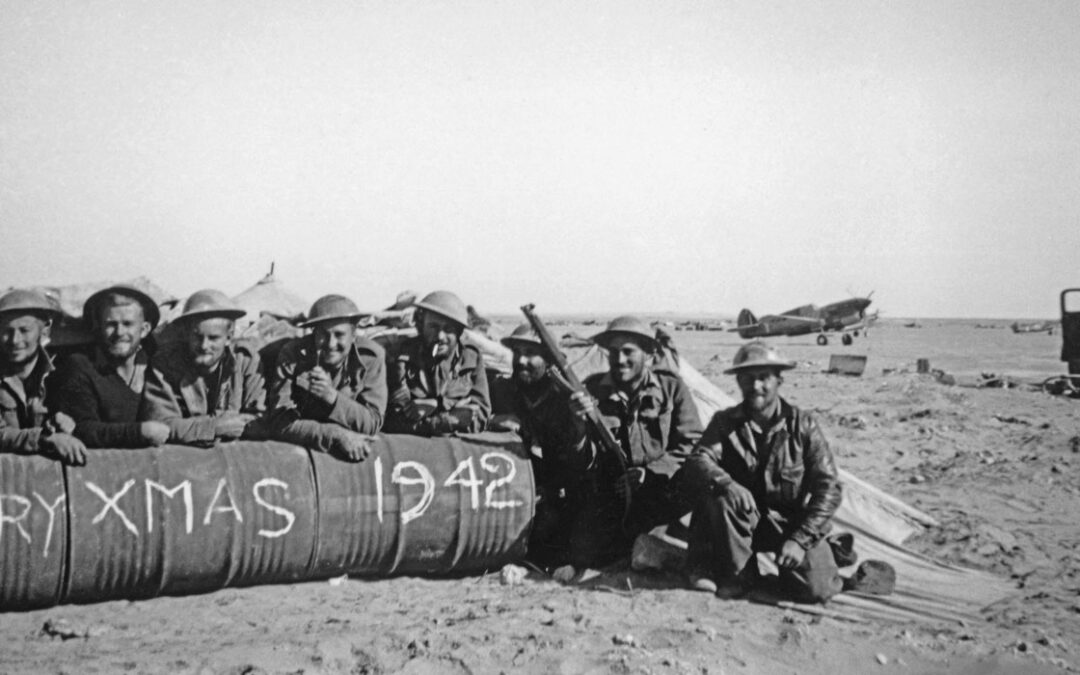 Merry Christmas to all our readers and followers. Air War Publications has a Christmas present for you – a new book announcement!

For several years we have been supporting the work of Australian historian Doug Norrie on the Royal Australian Air Force’s No. 450 Squadron, but it was not until recently that he asked us if we would consider publishing his book. We were honoured that he would choose us to release the results of his many decades of research. The book will be broken into two volumes, and the first covers the period from the unit’s formation in February 1941 to the Battle of El Alamein in October 1942.

No. 450 Squadron RAAF was based in North Africa and the Mediterranean Theatre for its entire service, initially serving in the Syrian campaign with No. 260 Squadron RAF. It later formed as a fighter squadron, evolving into a specialist fighter-bomber unit, operating the P-40 Kittyhawk. It was training on the P-51 Mustang as the war ended.

Rarely has a single unit been researched so thoroughly – Doug has amassed hundreds of photographs, and far too many first-hand accounts to fit into the two volumes. It is a rare luxury that we have to cut out first-hand accounts and photographs because there are more than enough. In addition, Doug is a very good writer, with the ability to make the experiences of the pilots, officers and ground personnel come to life, making his book a pleasure to read. Apart from the main story, the book will feature appendices with losses, victories and other detailed information. To illustrate some of the No. 450 Squadron RAAF aircraft, Air War Publications has been fortunate to enrol the assistance of highly talented Dutch illustrator, Ronnie Olsthoorn. Examples of his excellent artwork can be found at aviationart.aero and Facebook.

Volume One of Doug’s project will be published in the New Year, so it should be a comparatively busy year for Air War Publications in terms of book releases.

Other Projects in 2021
Apart from completing the book about No. 450 Squadron RAAF, we are working hard to complete Andrew’s Air War Courland (four chapters are written and the colour profiles are being created), which we also expect to publish in 2021. This will mean that Air War Publications will publish fewer eArticles and blog posts, but it is all due to the focus on producing the best possible books for you.

A second book from an external author is also in progress. We will announce the topic when we are further down the road with the work of translating (from German) and editing the text. However, we can say that it is Eastern Front-related. Stay tuned for more news about this exciting project in 2021! Meanwhile, we wish you all a healthy, festive and happy Christmas and New Year’s season.