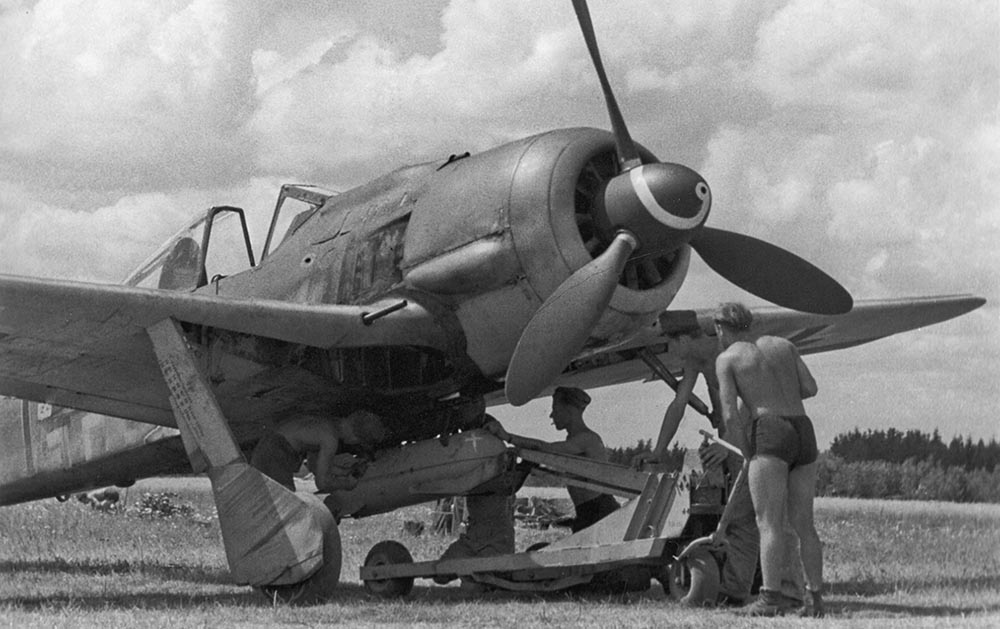 Luftflotte 1 was a badly overstretched air force in mid-August 1944, as it tried to assist Heeresgruppe Nord against several Soviet land offensives in Estonia and Latvia. From north to south, Luftflotte 1 supported: Armeeabteilung Narwa, which occupied a line between the Baltic Sea and Lake Peipus; 18. Armee from the southern shore of Lake Peipus to the area east of Riga; and then 16. Armee, which was defending roughly a semi-circle to the south of Riga. Heeresgruppe Nord had recently been cut off entirely from Heeresgruppe Mitte, with the latter holding on to defensive positions stretching from eastern Courland to Poland, and being supported by Luftflotte 6. On 11 August 1944 the Soviet 3. Baltic Front was pushing hard on either flank of the German 18. Armee, with some success, and on the northern flank they managed to capture their first major Estonian town, Petseri.

Due to bad weather, 11 August 1944 was a quieter day in the air war over this sector of the Eastern Front. However, it was still interesting and eventful, as Luftflotte 1 sent numerous Stukas and Fw 190 Jabos into action, and the Soviet 14.VA and 15.VA provided support to their own attacking troops. The focal point of Luftflotte 1 aerial operations on this day was south-eastern Estonia, and the Petseri area.

The main components of Luftflotte 1 were elements of Schlachtgeschwader 3 and Schlachtgeschwader 4, and fighters of Jagdgeschwader 54. SG 4 was entirely equipped with the Focke-Wulf 190, but SG 3 still had one entire Gruppe and an anti-tank Staffel using the Ju 87. While the ground-attack units were very busy on 11 August 1944, JG 54 would play almost no part in the events of the day.

Weather in the Luftflotte 1 sector was atrocious on the morning of 11 August, with a III./SG 4 Rotte sent out at 08:20 to investigate the situation reporting 9/10 cloud at 60-300 metres altitude. A further III./SG 4 weather reconnaissance flown towards midday confirmed that the weather was improving, and the afternoon saw several Luftwaffe offensive operations flown.

Both of the III./SG 4 reconnaissance missions were dispatched to south-eastern Estonia, and it was there that the first larger mission by the Gruppe was flown between 14:00 and 15:00. There were then nearly continuous missions flown to that area by the unit’s Fw 190s up to 19:45, and the pilots reported a great deal of success against ground targets.

Most III./SG 4 missions met no Soviet aerial opposition, although there were a few exceptions. A combat occurred at around 17:00, when intercepting Soviet fighters engaged the Jabos. The German pilots reported one LaGG-5 damaged in the ensuing melee. An hour later, Oblt. Heinrich Hesse led six III./SG 4 Fw 190s to attack vehicle columns, but they were intercepted soon after bombs were released and Fhj.-Uffz. Maximilian Lehmann was downed in an Fw 190 marked ‘Yellow C + ‘. This was probably the encounter reported by the Soviet fighter unit 609.IAP, of the 330.IAD under 14.VA, which claimed an Fw 190 destroyed, but reported one of its La-5s damaged in return.

The most significant Luftflotte 1 aerial combat of the day was only a small-scale affair, again involving the 609.IAP. This time, six of its La-5s were patrolling over Soviet troops between 19:50 and 20:55 (Soviet time) when they met half-a-dozen III./SG 4 Fw 190s. The Soviet formation leader, Cpt Zelenov, claimed to have downed a German aircraft one kilometre west of Zizmeris, and another of his pilots also claimed an Fw 190. However, ml.Lt Kuz’min failed to return. The German formation leader also tasted success in this combat, as the very experienced Leutnant Karl-Ludwig Klepke reported the destruction of a LaGG-5 at 19:33, this being the second aerial victory of his career. The Fw 190 pilots claimed a second Soviet fighter damaged. Despite Cpt Zelenov’s claim, none of the German aircraft actually suffered any significant damage.

III./SG 3 and its Fw 190s also got involved as the afternoon went on, flying a mission to Pankjavitsa (south of Petseri) at 14:40 to bomb vehicle columns. An Il-2 formation was met on that operation. 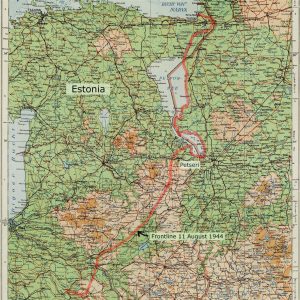 There was quite a lot of daylight at this time of year, and the Stukas of I./SG 3 were able to undertake two late missions, from 17:00 to 18:10, and then from 19:00 to 20:05. On both occasions they received fighter escort from the Fw 190 Jabos of III./SG 3, and vehicles and tanks were targeted by both German units. Much has been written of how the Stuka was rendered obsolete during the Battle of Britain in 1940, but it remained a very effective weapon on the Eastern Front in 1944, and suffered few losses.

In all, 216 Luftflotte 1 ground-attack sorties were flown in front of 18. Armee, including 37 by III./SG 4. Despite the large number of German air operations, only two losses were suffered by SG 4, and SG 3 reported none of its Fw 190s or Ju 87s damaged or destroyed. Fourteen short-range reconnaissance aircraft also supported 18. Armee, monitoring the battle area.

From the Soviet perspective, 15.VA sent out 89 Il-2 ground-attack sorties in support of the 2. Baltic Front, with escort from Yak-9s, but there were no encounters with German aircraft. To the north of 15.VA, the units of 14.VA were also active. An Il-2 from 280.SAD was damaged in combat and struggled back to its airfield, where the pilot, Tsybin, belly-landed (this was quite possibly the mid-afternoon encounter reported by III./SG 3). As noted above, fighter unit 330.IAD was in action, as was 269.IAD with its La-5s, and ground-attack support was provided by twelve Il-2s of the 237.ShAP of the 305.ShAD.

Thus ended a reasonably busy day for Luftflotte 1 and its various ground-attack units. There would be many more hectic days to come in the near future, as the Germans counter-attacked in the Heeresgruppe Nord sector later in August, and then the Soviets struck major blows against German defensive positions in the middle of September. Throughout that time, Luftflotte 1 did its utmost to support the men of Heeresgruppe Nord.