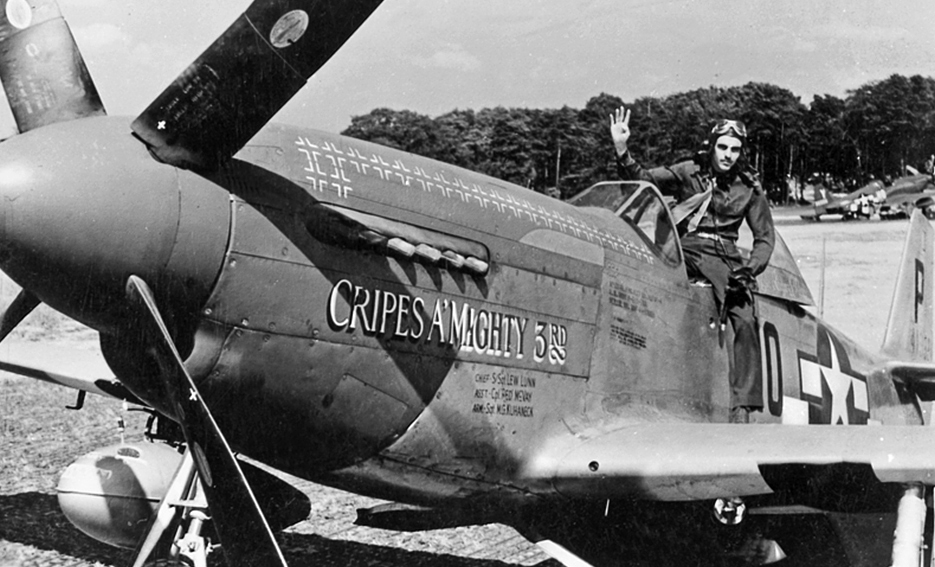 The article by John Beaman and Sam Sox about the life and death of high-scoring American fighter ace George E. Preddy is now available from the Air War Publications website. The article outlines Major Preddy’s life and military career, and focuses on the events of his fateful last mission on Christmas Day of 1944. Some excellent research has been carried out by John and Sam to reveal just what happened to George Preddy and his 352nd Fighter Group comrades as they clashed with German fighters in the Aachen area.

Accompanying the article is Morten’s excellent map of the final mission, and Claes Sundin has profiled two of Preddy’s very colourful P-51 Mustangs. Photographs are also included of all the significant participants in the 25 December 1944 mission.

Air War Publications has been privileged to work with an aviation historian with as much experience and knowledge as John, and we are very glad to be releasing his article. We hope that you enjoy it as well.

To accompany the release of the article, below is an extract from some wartime writing by George Preddy about the very difficult task of escorting American heavy bombers over German territory, a task he proved to be very adept at:

“Normally the flight leaders and element leaders look for bounces with the wingmen on the defensive. This doesn’t mean that leaders look back or wingmen never look down. It is impossible to see everything, but each pilot must keep his head moving and look to find.
When a member of a flight sees something suspicious, he calls it in and the leader takes the section to investigate. When it is identified as enemy, we notice the number and formation and try to make a surprise.
… in escorting bombers it is a good idea to range out to the sides, front and rear and hit enemy fighters before they can get to the bomber formation, but do not run off on a wild-goose chase and leave the bombers unprotected.“

As the leading P-51 Mustang ace of all-time, Major George E. Preddy was very well qualified to discuss this subject.