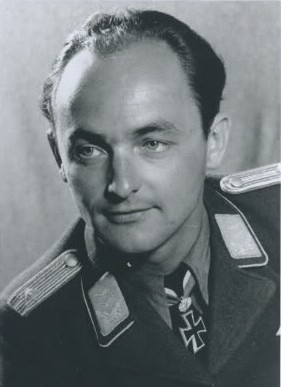 The Air War Publications team continues to have success in contacting and interviewing Second World War veterans, even though these men and women (all now at least 90 years old) are sadly leaving us at a rapid rate. We feel that it is very important to record their stories and memories.

A few mornings ago Andrew conducted a telephone interview with a former German fighter pilot who served in East Prussia in 1945. The half-hour chat was most interesting, and two excerpts are posted below, including his arrival in the encircled region:

“And then they put a drop tank under my plane and I flew all by myself all the way over the Baltic Sea to Gdansk [Danzig]. It was very rainy, and the heavy cruiser Prinz Eugen shot at me on the way over the Bay. And there I landed in Langfuhr [an airfield 5.5 kilometres north of Danzig].”

And he recalled the nightly bombing raids carried out by the Soviets in East Prussia:

“And every night the Russian witches, you know the girls with the biplanes, woke us up with bombs and so on. And my poor little dog was probably the most scared, hiding under the bed, whining and crying.”

One of the men discussed in the interview, Günther Schack, who served with Jagdgeschwader 51 from 1941 to 1945, and was Kommandeur of the I. Gruppe in 1945. The fighting in East Prussia was of great significance to Schack because he was born in Bartenstein (modern Bartoszyce, Poland), a town in East Prussia. Günther Schack passed away in June 2003.

And there will be more to come, with another interview to be conducted with this veteran flyer in the next week or two. We are very grateful for this opportunity to hear from a man who was there.

A colleague of ours who is doing valuable work in recording oral histories of Second World War veterans is Heather Steele, with her World War II History Project website. It is well worth a visit, and her forthcoming book projects will be fantastic as well.