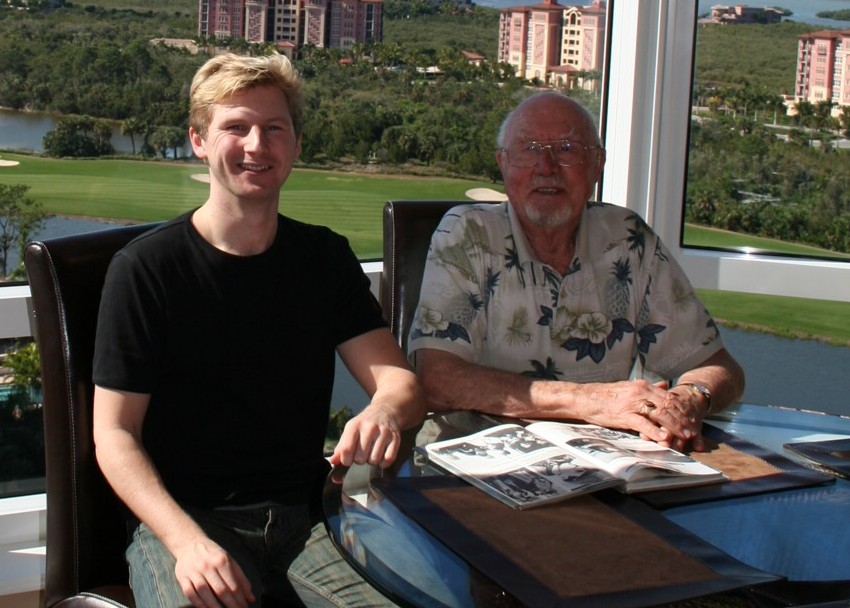 One of the most exciting aspects of the Air War Courland project has been the number of veterans we’ve been able to contact. A II./Jagdgeschwader 54 pilot who was always very friendly and helpful to Andrew’s research was Robert F. Hupe, who sadly passed away in January 2013. Below are a few extracts from an interview Morten conducted with Mr. Hupe in 2007. The first extract reveals some of the difficulties faced by late-war German fighter pilots during their training:

“So I started off flying Italian fighter planes about 1 April 1944. But we were just barely getting started when our airport was bombed by Allied forces and a lot of our planes were damaged so severely that flying was again interrupted. So about May of 1944 we were sent to Hungary, close to Balaton Lake, and a little town called Börgönd, which at the time was an airport for the Hungarian air force, but at this airport at Börgönd there were all German planes of Italian make, they were all captured planes, and that’s where I really got my training in flying CR 32s and Fiat 50s. … The Italian planes were of questionable maintenance, because I can remember there were a lot of German-trained pilots that lost their lives because they couldn’t handle or had to emergency land the planes. … and I think a lot of it was through that the Germans didn’t understand the maintenance of these Italian planes.”

Gefreiter Hupe had a lucky escape after an operation in Courland in the winter of 1944/1945:

“… once in a dogfight I got hit, which I didn’t even realise until I landed and the plane wanted to nose over a little bit. Later on I learned that I had bullet holes on either side of the cockpit, and one of them, one of the bullets on the right side had gone through the tyre and flattened the tyre. And so by landing on a flat tyre the plane had the tendency to want to tip over to the front. But I landed safely, and then I learned that I had actually been hit. Up to that time I didn’t even know that I was hit in combat.”

He spent some time at Zabeln airfield in the interior of Courland, which experienced some problems that the much better defended German airfield at Libau did not:

“When we were in the interior we would get a lot of visits at night from Soviet planes. They would shut their engines off, they would drop a bomb or two, and then they would turn around, turn their engine on, and fly back home again. And that was just to more or less demoralize the German side.”

Robert Hupe is one of many German and Russian pilots whose stories will be told in the Air War Courland book. A Courland-related eArticle, ‘Christmas in Courland 1944’, can be found here: http://www.airwarpublications.com/earticles/frontline 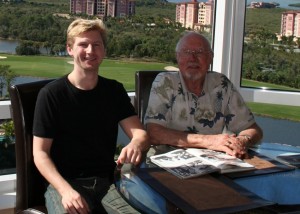 Morten during his meeting with Robert Hupe