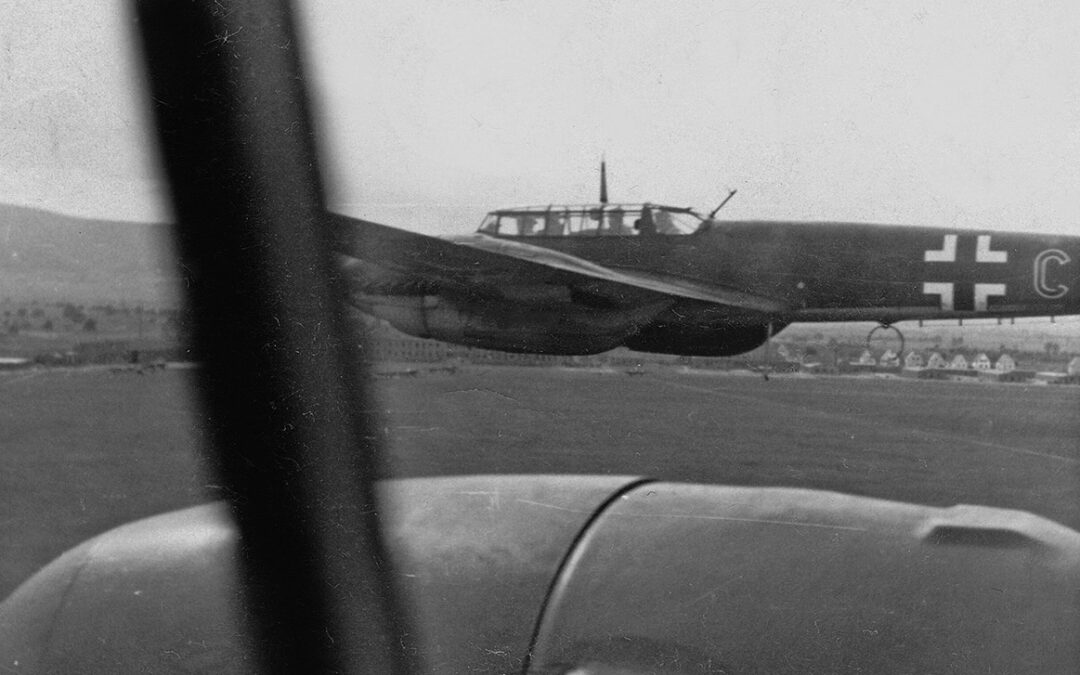 Our latest eArticle is now available, and it is a story about a category of Luftwaffe personnel that is often ignored: a gunner from a Zerstörergeschwader. It is called The Life of Martin Heinze – Stories of a Successful Luftwaffe Rear-gunner and Tim Oliver has written a very interesting piece about the life of Heinze, who flew many missions in the Bf 110 between 1940 and 1944 in most theatres of war, with several very successful pilots.

Martin Heinze and his pilots claimed numerous aerial victories, and also participated in important ground-attack missions on vital sectors of the Eastern Front between 1941 and 1943. Further missions ensued in the Mediterranean, over the Bay of Biscay, and finally in defence of the Reich. Awarded the Deutsches Kreuz in Gold, Martin Heinze would close out his flying days in the last months of 1944, but survived the war after several lucky escapes – one of which saw him awarded the Wound Badge in Black. He was credited with two aerial victories of his own, and could count Herbert Kutscha and Alfred Gräb amongst a slew of other pilots with whom he flew.

Based almost entirely on wartime records and the personal documents of Martin Heinze, Tim has pieced together the experiences of a man who would have been forgotten by history had it not been for war. In many ways, Tim has written the story of the ordinary man during the Second World War, and as with the men Tim wrote about in Adrift in the Atlantic, his piece about Martin Heinze should remind us of the millions of young men and women who fought, and sometimes died, between 1939 and 1945.

We hope our readers enjoy Tim’s article about this very experienced Luftwaffe airman. It can be purchased here: The Life of Martin Heinze.