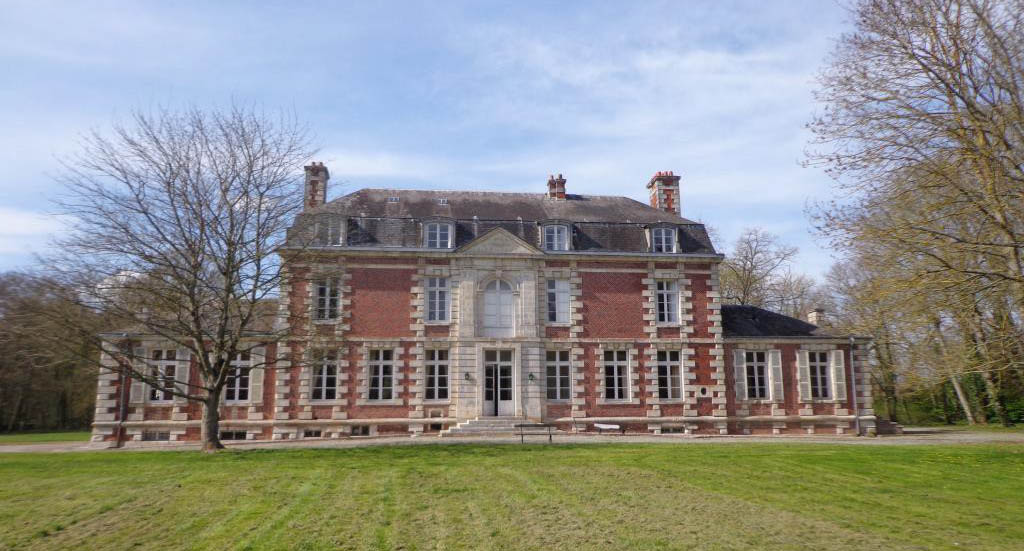 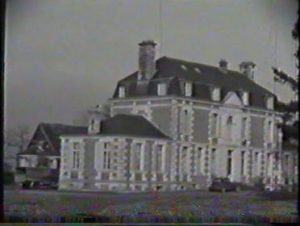 Wartime view of the Château de Saint-Léger, taken from a ‘home movie’ shot by a member of Jagdgeschwader 2.

After the German occupation of France in the early summer of 1940, a minor landing ground near a small town in northern France became a vital base for the fighter aircraft of Jagdgeschwader 2. This small town was Beaumont-le-Roger, and the nearby airfield would be a hive of Luftwaffe activity for the next three years. Beaumont-le-Roger is located in the Department of Eure, in Normandy, and the closest major town is Evreux, 25 kilometres to the east.

Beaumont-le-Roger was created as an operational landing ground by the Armée de l’Air (French Air Force) prior to 10 May 1940, and the Germans developed it into an important fighter airfield after they captured it in June. Elements of Jagdgeschwader 2 would be based there from June 1940 until late-1943, flying many missions against the Royal Air Force, and later against the United States Army Air Force.

The Geschwaderstab, I. Gruppe and II. Gruppe of JG 2 all transferred to Beaumont-le-Roger on 27 June (including ace Helmut Wick, who is featured in one of our eArticles), and one pilot of the 3. Staffel noted of the ‘airfield’ at this time: “As we approached the site indicated on our maps all that could be seen was a huge cornfield – nothing resembling a landing strip and no sign of any activity – military or otherwise – either.” The pilot safely landed his Bf 109 in the field, followed by his comrades. Steps were quickly taken to convert this cornfield into a major Luftwaffe fighter base, and JG 2 missions were being flown from Beaumont-le-Roger as early as 29 June 1940. 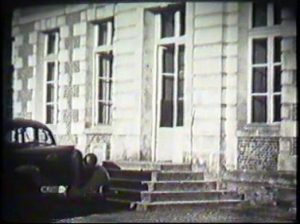 A still from a Jagdgeschwader 2 ‘home movie’ showing one of the entrances to the Château de Saint-Léger. The car parked near the steps was used to transport pilots to the airfield.

Within a few days the British were aware of Jagdgeschwader 2’s new base, thanks to ULTRA: on 3 July 1940 a decrypted German signal gave away the location of the Richthofen Geschwader. The signal noted that Oberstleutnant Harry von Bülow-Bothkamp’s Geschwaderstab had three Bf 109s and three pilots there, all ready for operations, I./JG 2 had 36 aircraft (25 serviceable) and 43 crews (27 ready), while II./JG 2 could call on 35 aircraft, of which 25 were ready, and 40 pilots, 24 of whom were capable of flying missions.

One Jagdgeschwader 2 pilot was not impressed by the town of Beaumont-le-Roger itself: “There is no decent restaurant, pub or café, nor a department store.” However, the nearby Château de Saint-Léger, used as pilot accommodation, was considered a real bonus of being based in this particular part of France. The chateau was a large, impressive building, and still exists today.

Beaumont-le-Roger was home not only to the pilots of Jagdgeschwader 2, but also to their pets. Pilot Julius Meimberg of 4./JG 2 recalled that his Staffelkapitän, the flamboyant Hans ‘Assi’ Hahn, “had a menagerie comprising chickens, dogs and even a parrot. At Beaumont, we added a goat and an owl to our little zoo.” 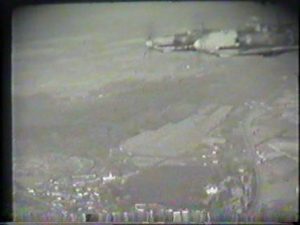 Bf 109s of JG 2 overfly the Beaumont-le-Roger area in 1941. Compare this wartime photograph of the area with how it appears today (see the first photograph below and to the left).

II./JG 2 was the longest resident at Beaumont-le-Roger, remaining there for a year, from June 1940 to June 1941, and then for most of 1942, returning again in the spring of 1943 after its African sojourn. Pilots like Erich Rudorffer, Kurt Bühligen and Kurt Goltzsch claimed many aerial victories while flying Fw 190s and Bf 109s from Beaumont-le-Roger in 1942 and 1943. However, later in 1943 the airfield ceased being used by operational units, although it remained a Luftwaffe airfield until August 1944.

We have previously posted some Jagdgeschwader 2 ‘home movie’ footage on this blog featuring Beaumont-le-Roger. A modern view of the large house featured in those home movies, the Château de Saint-Léger (Le Plessis-Sainte-Opportune), can be seen on this page, along with aerial shots of the airfield from the Jagdgeschwader 2 home movie, modern aerial shots, and some other comparative ‘Then and Now’ photographs, thanks to the research of our French colleague Frédéric Quesnel. We are very grateful for his assistance with this blog post. 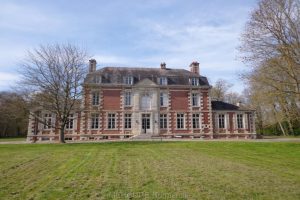 The modern Château de Saint-Léger (Le Plessis-Sainte-Opportune) near Beaumont-le-Roger, which was used as Jagdgeschwader 2 pilot accommodation during the Second World War.

From very humble beginnings as a cornfield in the French countryside in the summer of 1940, Beaumont-le-Roger became one of the more important Luftwaffe airfields on the Channel Front, and for Second World War aviation historians and enthusiasts, it will always be associated with Jagdgeschwader 2 ‘Richthofen’. 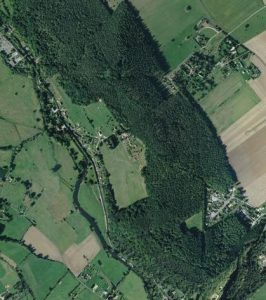 A modern aerial view of the Beaumont-le-Roger area. The wartime photograph above with two Bf 109s shows the same area (Google Earth) 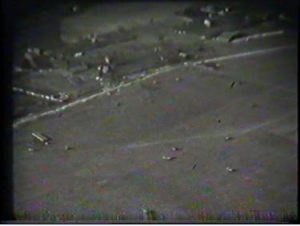 A photograph taken by a Bf 109 pilot of JG 2 from his cockpit in 1941, showing Beaumont-le-Roger airfield in the foreground. This shot can be compared to the modern aerial view below, where the same roads still exist. 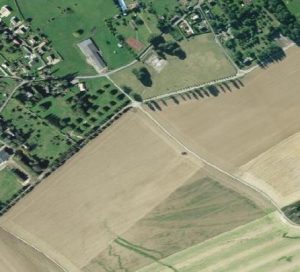 Modern aerial shot of Beaumont-le-Roger. The yellow field in the bottom half of the photograph served as an airfield during the Second World War. (Google Earth) 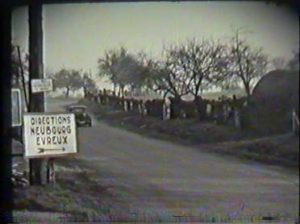 Some of the ‘home movie’ footage was taken during JG 2 driving excursions around the Beaumont-le-Roger area. Thanks to the efforts of French historian Frédéric Quesnel, and to Google Street View, this wartime movie still can be matched with the exact modern location. See the nearby photo. Thanks to Frédéric for his efforts! 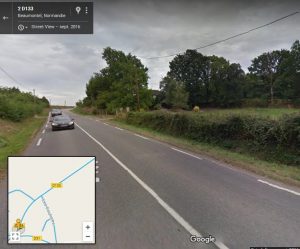 Modern view of the same stretch of road in the Beaumont-le-Roger area. (Google Street View) 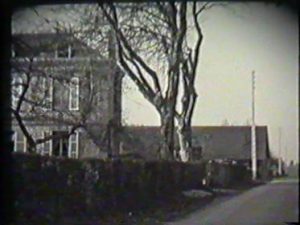 Not much has changed in this part of France in 70 years! Here is a still from the wartime JG 2 ‘home movie’. Compare it to the modern shot below. 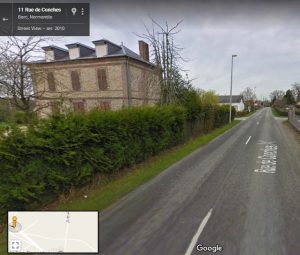