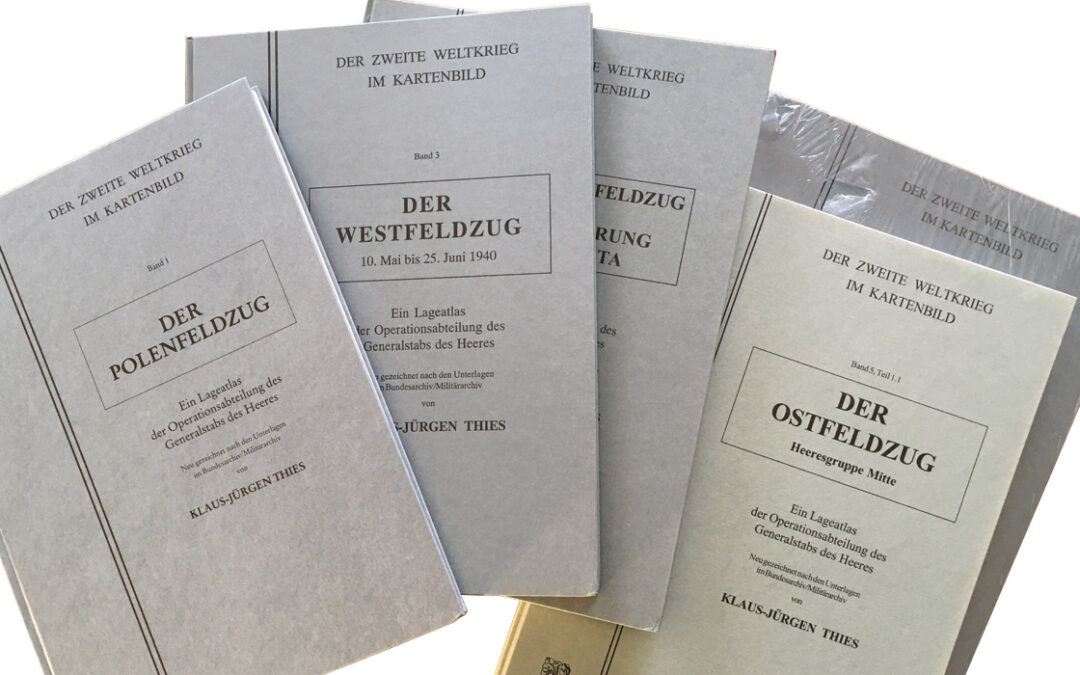 A few days ago Morten received a large but pretty ‘banged up’ package in the mail, and inside he found five very big books (A3 format) that he has been expecting for a few weeks. It is the five-volume set by Klaus-Jürgen Thies, Der Zweite Weltkrieg Im Kartenbild published by Biblio Verlag from 1989 to 2001. The books contain situation maps from the German invasions that took place from 1 September 1939 to December 1941 – very often day-to-day. The maps are simple in their layout: the base is always a black-and-white map with blue (German) and red (opposing forces) indications of army units and their movements.

The maps are based on the daily situation maps of the Operationsabteilung des Generalstabes des Heeres, making the source material the best possible from the German perspective.

With the Air War Publications focus on Luftwaffe ground-attack aircraft, units, pilots and operations, these books will be a valuable and time-saving resource to consult in the future when we want to identify what army units were supported by the Stuka, Schlachtflieger or bomber units. They will also allow us to get an overview of the situation on the ground, either for a specific day or a certain period of time, which will help us add a wider context to the operation or combats we explore in future eArticles. Morten in particular is looking forward to putting them to use in the writing of his book about the Henschel 123 and they role they played in the various campaigns of the early-war years.

Unfortunately, Mr. Thies did not complete further map books, although many more were planned. The reason is simple – the publisher closed. Fortunately, the army situation maps are still available at the German military archive in Freiburg and even online – many maps are available on the John C. Calvin server in various qualities. For details, see John Calvin’s website.

Below are a few pages serving as examples of exactly what these books contain. The five volumes cover the following campaigns and time periods: