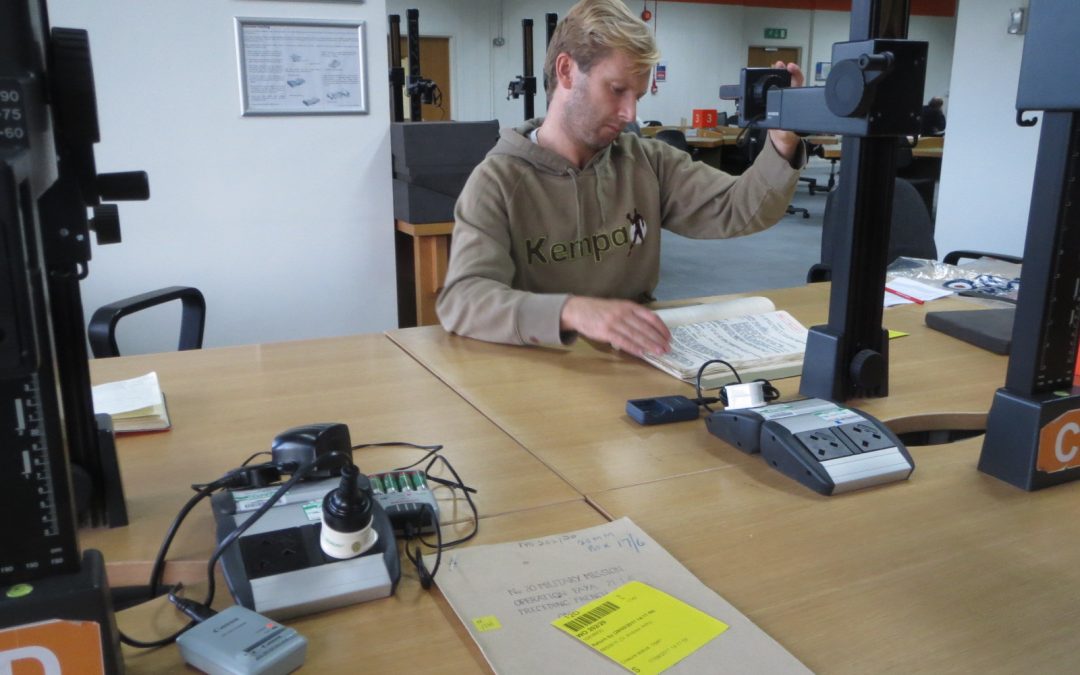 This summer Andrew and Morten have been indulging their passion for visiting archives to photograph thousands of pages of Second World War documents (it’s an acquired taste!). It’s perhaps not the most exciting way to pass the time in a European summer, but it will provide Air War Publications with plenty of new material for future eArticles and books. 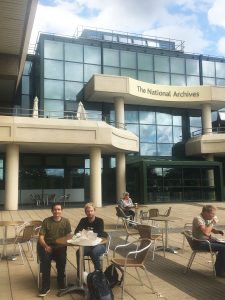 Andrew and Morten enjoying lunch in the sunshine in front of the British National Archives. Thanks to Sarah for the photograph!

Andrew travelled to London in mid-August for two weeks at the British National Archives in Kew, where his aim was to add to the Air War Publications collection of documents about the Luftwaffe and Royal Air Force in the Second World War. Morten was able to join him for three days, and between them they got plenty of pages photographed. One of their main aims was to photograph more of the ULTRA decrypts, which reveal so much about the activities of the German air force, army and navy during the war. The cameras almost never stopped clicking, and between them, Andrew and Morten photographed 53,000 pages. That includes every single page of ULTRA from the first report on 6 February 1940 to 10 January 1942, plus a whole host of other fascinating material (Y-Service reports, interrogation reports, files about Long Range Desert Group and SAS operations against Axis airfields in North Africa, various RAF Operations Record Books, Spanish Civil War air operation summaries, and much more besides). 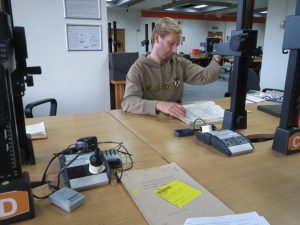 Morten furiously photographing ULTRA files at the British National Archives. Note the batteries charging, and the file waiting to be photographed (it’s about Kufra Oasis, which might be a hint about the subject of a future eArticle …).

During their time in London, the Air War Publications team were also fortunate to meet with quite a few fellow aviation history enthusiasts and authors (including several who have had books released by Classic Publications). It was a rare opportunity for some networking with like-minded people, and good food and a few pints were enjoyed as well! Andrew returns to London for one more week of research in mid-September.

Next on the agenda is a whirlwind research road trip from Copenhagen across Germany to Freiburg, going via Hamburg and Frankfurt am Main, meeting with some German aviation historians along the way. At Freiburg the focus will be on photographing records of operational Luftwaffe flying units, and also summary reports issued by Luftwaffe higher headquarters, plus some other potentially very interesting files. We’ll be sure to provide an update here on the blog about what we find.

As with the London trip, Morten and Andrew are setting out with certain objectives and ideas of what they want to copy. However, research being what it is, no doubt some surprising and unexpected documents will be discovered as well. All this material will serve to make future Air War Publications books and eArticles even better.