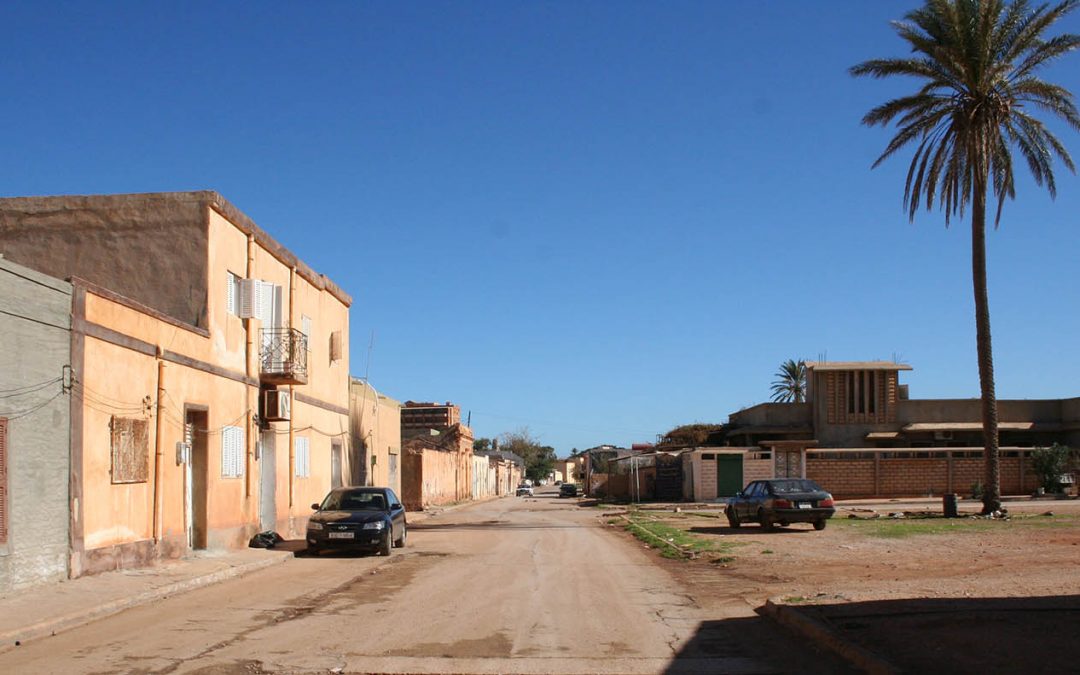 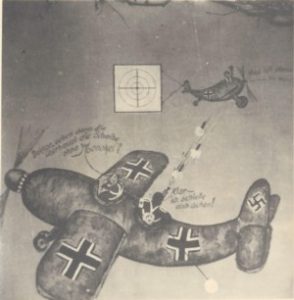 As an accompaniment to our two-part eArticle outlining the history of German reconnaissance unit 2.(H)/14, today we share with you some fascinating photographs of the architectural remains of the unit’s rest home at Apollonia, as it appeared only a couple of years ago. Located on the Libyan coast, Apollonia is of historical significance. The town was used by the Romans and Greeks in ancient times as a port for the nearby city of Cyrene, the oldest and most important of the five great Greek settlements in the region. Given the tumultuous history of Libya since the end of the Second World War, and in particular in the last decade, it is remarkable that some traces of 2.(H)/14’s building remain.

2.(H)/14 spent a very busy fourteen months at the North African front between February 1941 and April 1942, as outlined in our eArticle. Daily missions were flown in the face of strong Allied fighter and anti-aircraft defences, and during the early months in particular, the Staffel transferred to new bases on a weekly basis, closely following the advance of Generalleutnant Erwin Rommel and his troops. Pilots sometimes needed a break from the rigours of combat and the difficult desert living conditions, and the Staffel had a very good solution for this problem, with a building in Apollonia being requisitioned to serve as the Staffelheim, or unit rest home. The front of the building proudly bore the ‘Staffel Heymer’ unit emblem. There were deck chairs to soak up the African sun, a fully stocked bar, and Arab traders would gather outside in the hope of making some money from the Germans. Many 2.(H)/14 photo albums feature Staffel members exploring the ruins of various nearby ancient buildings, including the Temple of Apollo, the Necropolis, and a Roman amphitheatre. Pilots and other personnel would spend several days to a week at Apollonia, before returning to their unit in the desert. Wartime photographs of the rest home can be seen in Stefan Ommert’s excellent book Recon For Rommel (see pages 31, 99, 101 and 170-172). 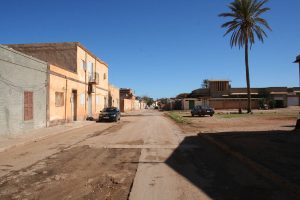 The street on which 2.(H)/14’s rest home was located during the war.

The walls of the bar area and courtyard of the 2.(H)/14 rest home were decorated with numerous murals, some of which can be seen in Recon For Rommel. Another example of the murals is included on this page. Remarkably, one of the walls of the bar was still intact only a few years ago, and some of the murals can still be discerned. We have included some of the modern photographs on this page.

Credit for the modern photographs is due to Thore Roennau, and we thank Kuno Gross of Desert Stories and the CAF Swiss Wing for his assistance. They have travelled the North African deserts several times to discover and visit some of the many places of interest to Second World War history. 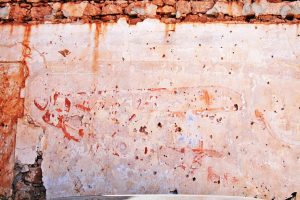 Although badly faded, this stylized image of a Henschel 126 is still visible on the wall of 2.(H)/14’s former rest home in Apollonia. There is a dachshund tied up to the tail wheel of the Hs 126, bottom right. 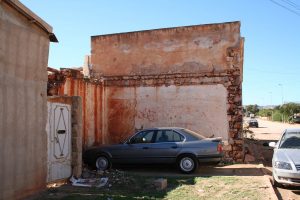 Part of the former 2.(H)/14 rest home at Apollonia. Where the car is parked used to be the unit’s bar. A Henschel 126 mural can just be discerned on the wall above the car.