Visiting friends and the Technical Museum in Prague 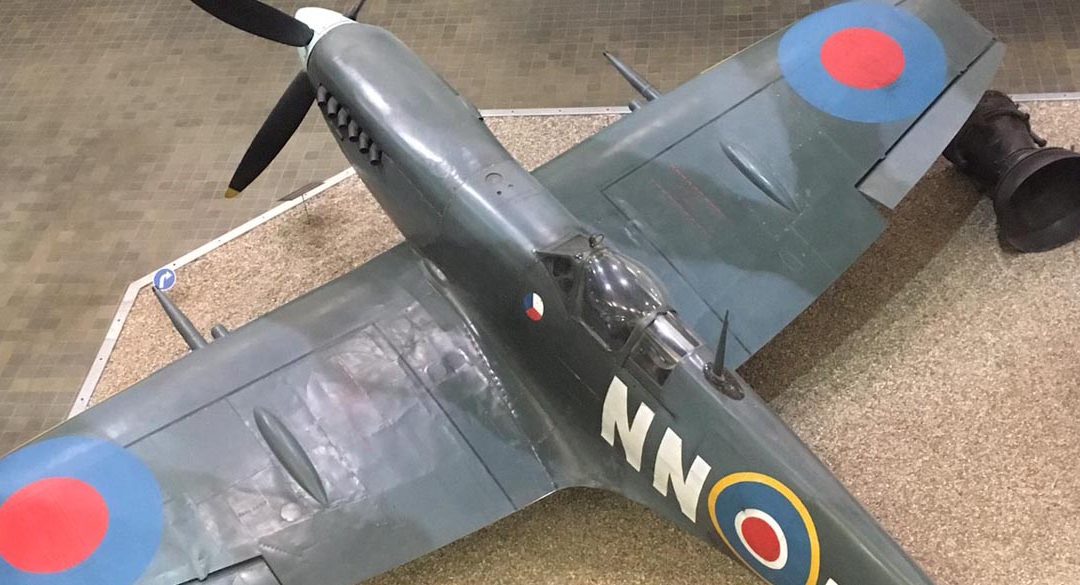 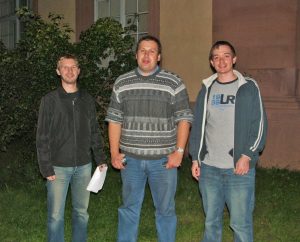 Morten, Ota and Andrew in Mannheim, October 2006, after a successful trip to visit and interview Luftwaffe pilots in southern Germany.

Once again work took Morten around Europe. Last week he spent a hectic week in Prague, but despite the busy work schedule he took the opportunity to meet up with a long-time friend of Air War Publications, Ota Jírovec. Monday evening they met again after ten years. Their previous meeting was in October 2006 when Andrew, Ota and Morten toured southern Germany together for 2-3 days and interviewed some pilots, including former JG 53 Staffelkapitän Walter Seiz. It was good to see and talk with Ota again. Accompanied by some good Czech beers, Monday evening quickly flew by while chatting about Luftwaffe projects and research, as well as catching up on family life. Air War Publications hopes to publish an article or two from the hand of Ota.

The following late afternoon and evening Morten had been invited by Michal Plavec to the Czech National Technical Museum located in the centre of Prague. Michal is the curator of the museum’s aviation collection – and it is a very impressive collection due to the age of the museum itself. The museum was founded in 1908. Apart from the artifact collection, the museum has a substantial collection of documents, consisting of approximately 3.500 shelf metres of archival material and ca. 250.000 books. Michal was very kind to give Morten a tour of the museum and tell the stories of many of the interesting aircraft, cars, bikes and locomotives. 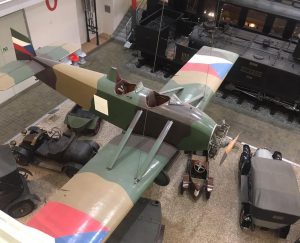 The Avia BH-9 flew for the first time in 1924 and was based on the successful BH-5 low-wing monoplane. It was used as military trainer, but was also successful in races, and won a few long-distance and endurance records.

The museum has many fascinating artifacts, such as one of the first attempts at making a black box for analysis of aircraft crashes. It is not known how useful it was as it was made of metal and a paper sheet. This “black box” was produced in Germany in the late 1920s and early 1930s and was called an ‘Unfallmelder’. It was designed so the pilot could push his finger though the hole and paper to indicate what had caused the accident. The investigation committee could later use this “testimony from the grave” in case the pilot did not survive.

The museum has cars, aircraft and bikes from the beginning of the respective eras of transportation, and one of the very interesting exhibits is the Kašpar JK aircraft from 1911 that Jan Kašpar flew in the first long-distance flight in the history of Czech aviation. The only Second World War aircraft in the museum is the Supermarine Spitfire Mk. IXE fighter which Czech pilots, fighting for their country’s freedom in Great Britain, returned with to the liberated Czechoslovakia in the summer of 1945. It was sold along with all the other Spitfires in their air force to the newly founded Israeli Air Force in 1948, but crashed just prior to the transfer flight to its new owner. Therefore, the purchase of this aircraft did not go through and today it is the only surviving Spitfire used by the Czechoslovakian Air Force still in the Czech Republic. The Israeli Air Force sold the Spitfires from Czechoslovakia after five or so years to the Burma Air Force. 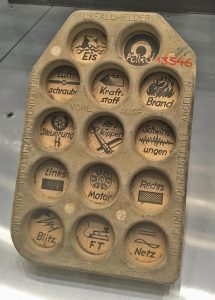 The ‘Unfallmelder’ – one of the world’s first black boxes.

The National Technical Museum in Prague is highly recommended. If you are in the city it is well worth a visit – take your time to read about the aircraft, cars and other artifacts, because they have some very interesting stories and many of them have been part of events that shaped the history of the country, a country which, at least in the late 1800s and early 1900s, had a strong tradition of engineering, which in turn resulted in some of the earliest vehicles in history.

After this interesting and informative tour Michal and Morten went across the street from the museum, where there happened to be a bar serving good Czech beer. It was a nice way to finish a visit to the National Technical Museum in Prague.

At the moment Andrew and Morten are both very busy in their “real” jobs, but hope to be able to write soon with updates on book projects, research and coming releases of eArticles. In the near future we will also expand our website to include a ‘Research’ section, but more about that later … 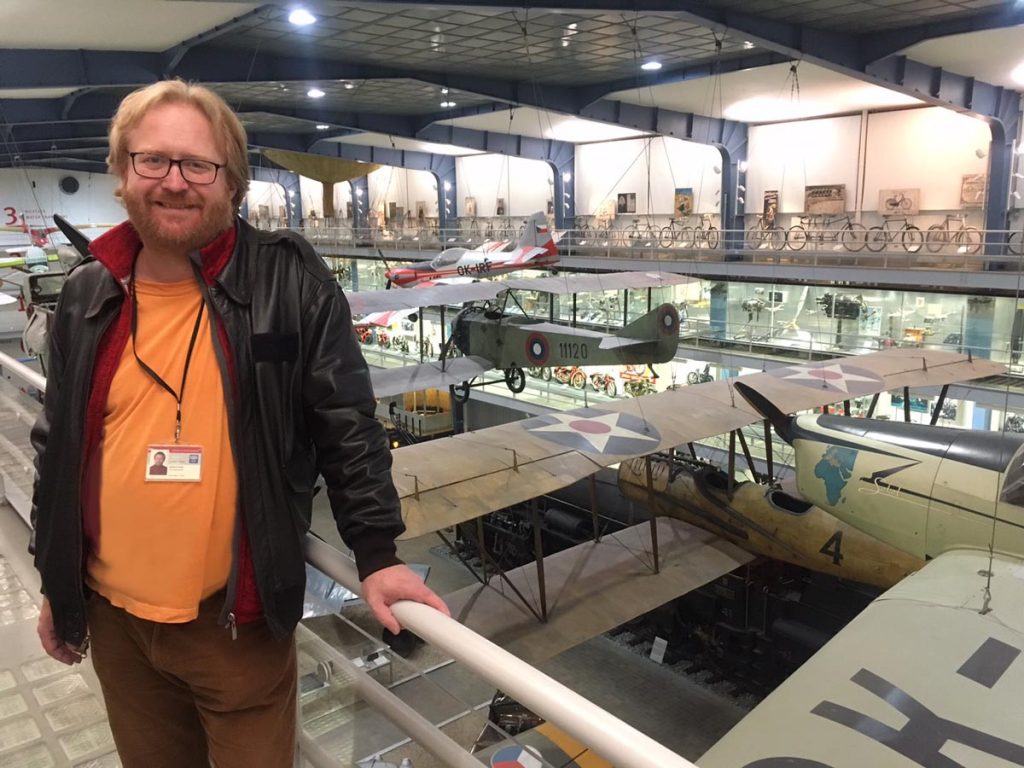 The very knowledgeable tour guide – Michal Plavec – thank you very much for a great tour and fun evening.