by Andrew Arthy | May 13, 2020 | A Little Bit of Everything, Luftwaffe, North Africa, RAF, Regia Aeronautica, Research 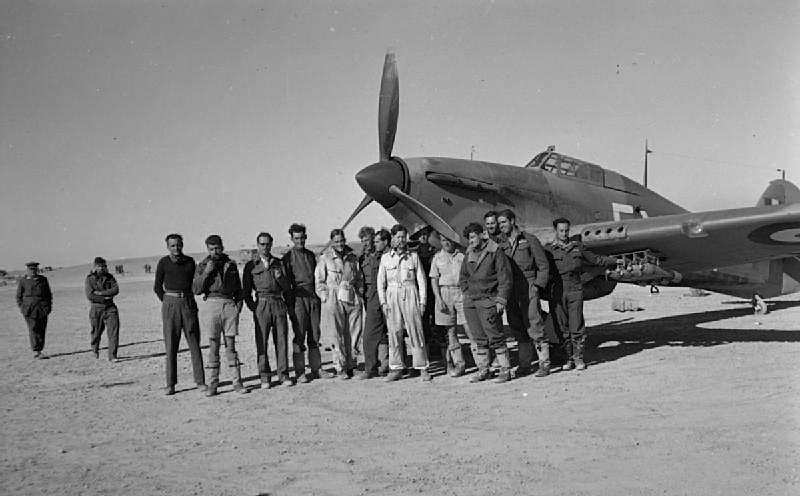 Air War Publications has released several articles that feature the British Operation CRUSADER ground offensive in the winter of 1941/1942, and one of the best online sources about that period of land, air and sea fighting is the excellent blog, The Crusader Project. Over the years we have helped each other out on many occasions, and the team behind the blog is always willing to check what we write about CRUSADER, to ensure that we have got it right. This was a big help with our 1. Wüstennotstaffel and 2.(H)/Aufklärungsgruppe 14 eArticles.

Operation CRUSADER was a major British army offensive launched on 18 November 1941, aimed at relieving the besieged Allied troops in Tobruk. The attack surprised the Axis forces, and led to several weeks of fierce fighting on land and in the air. The Germans and Italians were eventually compelled to retreat all the way back across Cyrenaica, but it was a costly battle for both sides.

The Crusader Project blog focuses on all aspects of the North African campaign in the winter of 1941/1942, including the air fighting, and has some additional information on the desert war in the periods prior to and after those battles. The content is based on primary source documents from various archives around the world, and shares some great knowledge of this period of the war from the Allied, German and Italian perspectives. Their intention is to publish a series of books on the subject, and we have no doubt it will be the definitive work on Operation CRUSADER when it appears. Here are some air war-related pages that might be of interest to our readers:

Blenheims over Magrun , 22 December 1941, an in-depth article about Allied bombing raids on an Axis airfield south of Benghazi, combining a look at the strategic situation, intelligence gathering, and decision-making with accounts of operations
The first B-17C missions in North Africa, covering a fascinating aspect of the air war, the early British use of the Flying Fortress in the desert
Report on the Crash of Hans-Joachim Marseille, some reports on the death of Jagdgeschwader 27 ace Hans-Joachim Marseille

There are many more posts on the site mentioning the Luftwaffe, Regia Aeronautica, RAAF, SAAF and RAF over the desert in 1941/1942. It is well worth spending some time exploring, because there are some really interesting snippets of information to be found that are impossible to find elsewhere.