Seenotflugkommando 2 and Battle of Britain Day 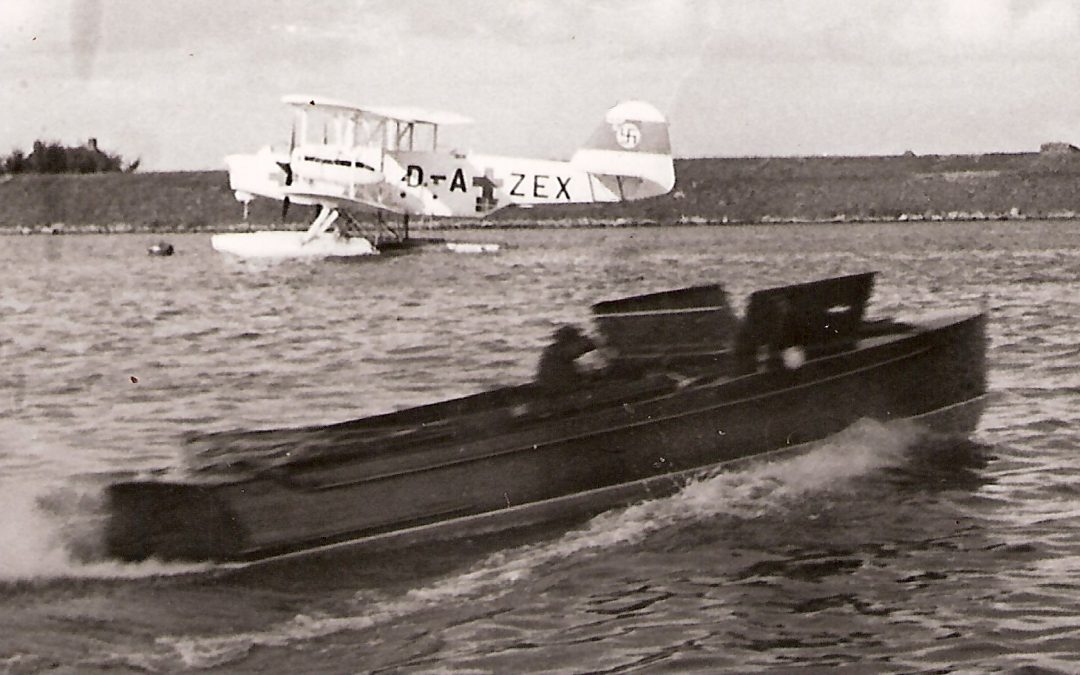 When people think of the Battle of Britain, they tend to bring to mind images of swirling dogfights and iconic press photographs. These images often invoke thoughts of battered men and machines struggling to get home after intense dogfights high above the Kentish countryside. When turning their thoughts to the German airmen, images of the Channel and its cold, grey waters figure prominently. Indeed, for the German pilots and aircrew of the period, the English Channel was viewed just as much an enemy as were the young men of the RAF who rose to fight them each day. Hundreds of men were to perish in the cold embrace of the English Channel and North Sea during the Battle, and many hundreds more during the course of the war. Some lucky few were saved, like the Staffelkapitän of 2./ZG 26 and his radio operator, who were shot down on 18 August 1940 and drifted four days and nights in their small, two-man dinghy, before finally being rescued. The fear of a slow, lingering death adrift at sea was many an airman’s worst nightmare – German, or otherwise. So prominently did the Channel and North Sea figure in the mental strain of Luftwaffe airmen that as the Battle of Britain wore on, combat fatigue was increasingly referred to as Kanalkrankheit, or Channel Sickness.

To help ease the minds of their airmen, the Germans had an organised air-sea rescue service that worked in tandem with naval forces to rescue stranded crewmen left adrift at sea. Although not perfect, it did perform valiantly throughout the war and in all theatres. Given its humanitarian function, the Seenotdienst, or distress service, did not restrict itself to the rescue of German or other Axis personnel. In fact, during the ill-fated sailing of the 1942 Russian-bound convoy, PQ 17, the Germans flew several sorties explicitly to rescue Allied sailors left adrift in the Arctic after being sunk either by aircraft or submarines. It is therefore somewhat surprising to think of both the Battle of Britain and the German air-sea rescue service as wanting for action – especially on the most decisive day of the Battle; 15 September 1940.

Seenotflugkommando 2 He 59 N coded D-AZEX, moored at List during the early summer of 1940.

Sunday 15 September 1940 is remembered as Battle of Britain Day. It marks not just the decisive clash of the Battle, which officially raged between 10 July and 31 October 1940, but the defeat of German expansion in western Europe. Hitherto, the Germans had battered the British and subjected them to weeks of intensive attacks, but 15 September finally proved the undoing of Hitler’s designs. Given that some 1.500 aircraft were involved in the day, it comes as no surprise that there were many distress calls frantically issued by both sides for airmen in trouble over the Channel. What is a surprise, however, is how little filtered through to Seenotflugkommando 2. Alerted for action at 08:00, it was not until 11:50 that the unit first received orders that all aircraft were to be at immediate readiness – and even then, only from 16:00 onward! This is not to say that the men of the Seenotdienst were slow to action, as was soon evidenced when a request for help was received by the unit from Seenotzentrale Brest during the mid-morning. At 09:45 a solitary Ju 88 had requested help after being intercepted by a lone fighter that had shot out one of its engines. Subsequently, just half-an-hour later, Lt. Spalteholtz took off in He 59 ‘TW + HE’ to scout the assumed path of the Junkers back to friendly territory. Given the limited delay involved, it is surprising that Spalteholtz and his crew failed to spot anything, returning at 15:30. For the men of Seenotflugkommando 2, this was the extent of operations on arguably the most important day of the Battle of Britain. Aside from this, the only noteworthy event of the day was the arrival, from Brest later that evening, of Lt. Mehlhorn in a He 59 coded ‘DA + MG’.

The apparent inactivity and seeming inefficiency of Seenotflugkommando 2 on a day so rife with activity and loss should both remind us of the tragedy of war, and likewise prompt us to remember that no matter what our best intentions and planning, we are all beholden to the failings of those best intentions. For all airmen engaged throughout 15 September 1940, and regardless of their politics or nationality, we must remember that they flew, fought, and died for imperfect ideals, in imperfect machines with imperfect fail-safes. At this distance from the events of 15 September 1940 it is, perhaps, easy to cast a cynical eye over the seeming inactivity of Seenotflugkommando 2, but hindsight is twenty/twenty. It often needs the poignancy of contemporary records to remind us of that, and it was only through the persistent visits to the archives at Freiburg by Morten and Andrew that the files detailing these events were recorded and photographed, so that we at Air War Publications could share them with you.

In a sad postscript to the story of Seenotflugkommando 2 on 15 September 1940, at 08:45 on the following morning, He 59 ‘DA + MG’ crashed on take-off, killing the radio-operator, Obgefr. Apelt and injuring Major Ulrich Klintsch, Oblt. Dr. Arnold von Vogel, Ofw. Eckenfels and Uffz. Palm. Only Lt. Mehlhorn escaped unharmed.

Last week, Morten was again busy in Freiburg, copying more files and building a library of the primary resources so necessary to best write about and honour those brave men who, as one pilot of that war wrote, slipped the surly bonds of earth … and touched the face of God.