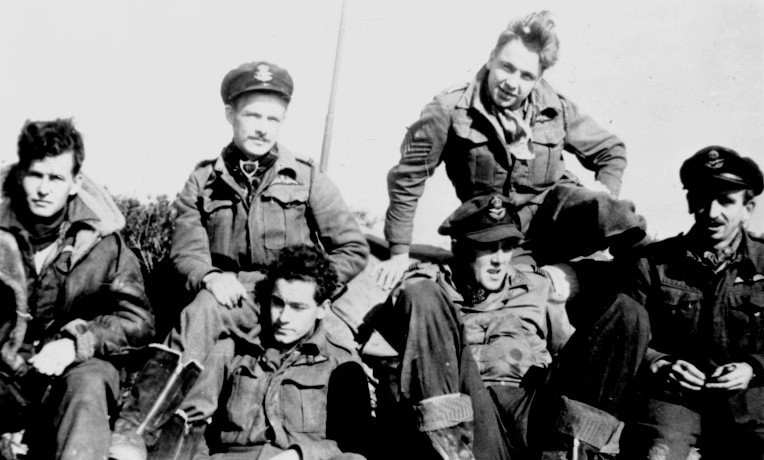 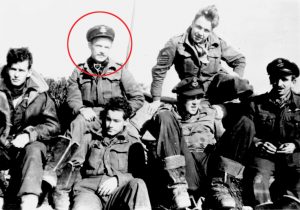 Barry Gale, back row second from the left, and some of his No. 111 Squadron pilots in Tunisia. Conditions in North-West Africa were far more primitive than those enjoyed by the unit in southern England.

A new biography eArticle is now available, this time telling the story of an important but little-known Australian fighter pilot and unit leader, Barry E. Gale, who served with distinction over Europe, North Africa and the Mediterranean. The eArticle is available on our website, and is based on detailed research. Author Andrew Arthy also received valuable assistance from Barry Gale’s family, and this has helped make the eArticle much more complete.

Barry Gale undertook his initial flying training in Australia, before travelling overseas to join the Royal Air Force and become a fighter pilot. His first operational posting, in the summer of 1942, saw him join ‘Treble One’, No. 111 Squadron, which was flying regular dangerous missions over Occupied France. In November 1942, ‘Treble One’ was chosen to take part in Operation TORCH, the Anglo-American invasion of French North-West Africa, and it was over Algeria and Tunisia that Barry Gale began to distinguish himself. By the time the Axis surrendered in May 1943, he had begun to assume a leadership role, leading a flight, and on occasion the entire squadron. However, the Tunisian campaign proved to be a very difficult one for No. 111 Squadron, especially in November and December 1942, and a considerable portion of the article is devoted to this period of Barry Gale’s RAF career. 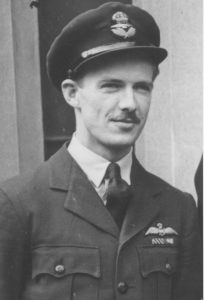 Barry Gale on the occasion of receiving his Distinguished Flying Cross in London. The purple and white ribbon bar can be seen just below the wings on his chest.

With the Tunisian campaign over, Barry left No. 111 Squadron and spent some time serving as a flying instructor. His next combat assignment was with England-based No. 165 Squadron, which he joined in June 1944. He remained with that unit until war’s end. When he first arrived, the squadron was flying defensive patrols against V1 rocket bombs, but from August 1944 to May 1945 its role was much more offensive, flying sweeps, carrying out armed reconnaissance, and most prominently, escorting Allied medium and heavy bombers over France, Holland and Germany. In January 1945 Barry Gale was appointed squadron leader, and was at the head of dozens of missions over the Continent.

Much more detail about his career can be found in the article, including several first-hand accounts from Gale and other Allied fighter pilots. Accompanying the article are various relevant photographs, an appendix listing his aerial victory claims, an overview map, and a colour profile of one of the Spitfires he flew while serving with No. 111 Squadron in Tunisia.

The Barry Gale biography eArticle can be purchased from the Air War Publications website.