Hard at Work on eArticles 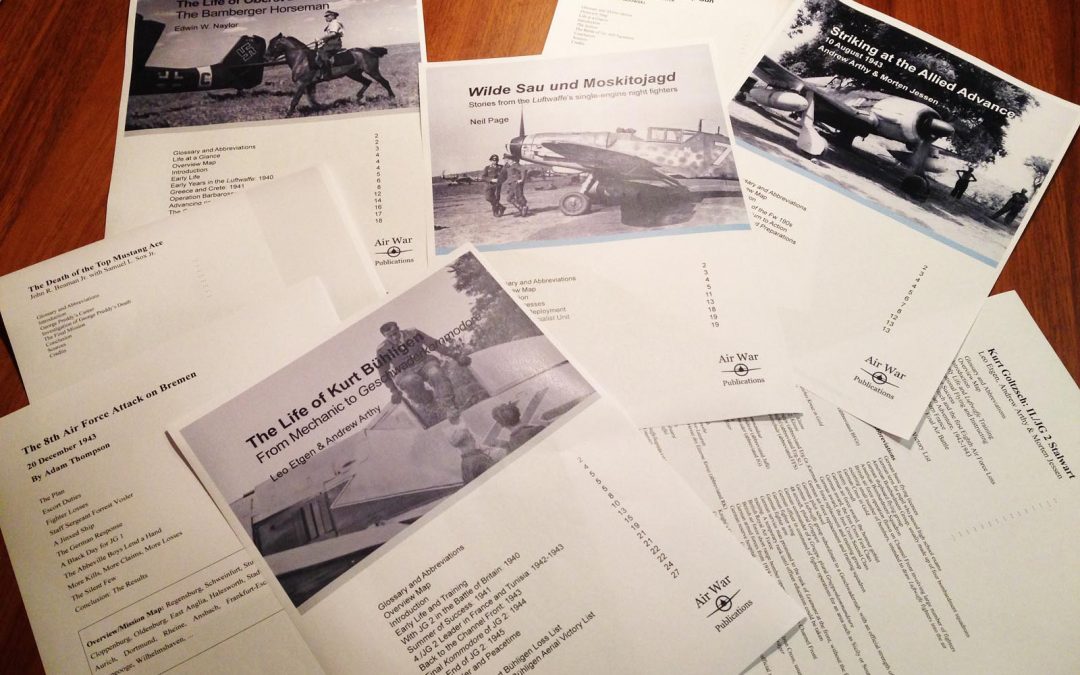 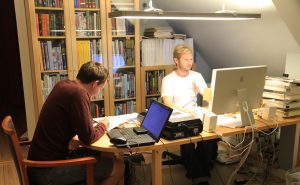 Andrew and Morten hard at work in Morten’s library. Maybe a few beers will be enjoyed later in the evening, but for now the focus is on completing some eArticles.

Andrew is spending a couple of days in Copenhagen, and what better way to spend a sunny Saturday in that city than trying to finalize some of the upcoming Air War Publications eArticles. Very close to release is the article on Jagdgeschwader 2 ace Kurt Bühligen, and an excellent article on Luftwaffe single-engine night fighters. After that we plan to publish the story of the death of Mustang ace George Preddy, and a revised view on the demise of Luftwaffe top gun Helmut Wick.

A bit further down the road is another JG 2 biography on the successful, but little known pilot Kurt Goltzsch, an article about the American bombing raid on Bremen on 20 December 1943, and a biography of Stuka commander and the first General der Schlachtflieger Ernst Kupfer. In addition, several other eArticles are in an advanced state of development, and we’re sure that most aviation history enthusiasts will find something of interest in our upcoming releases. 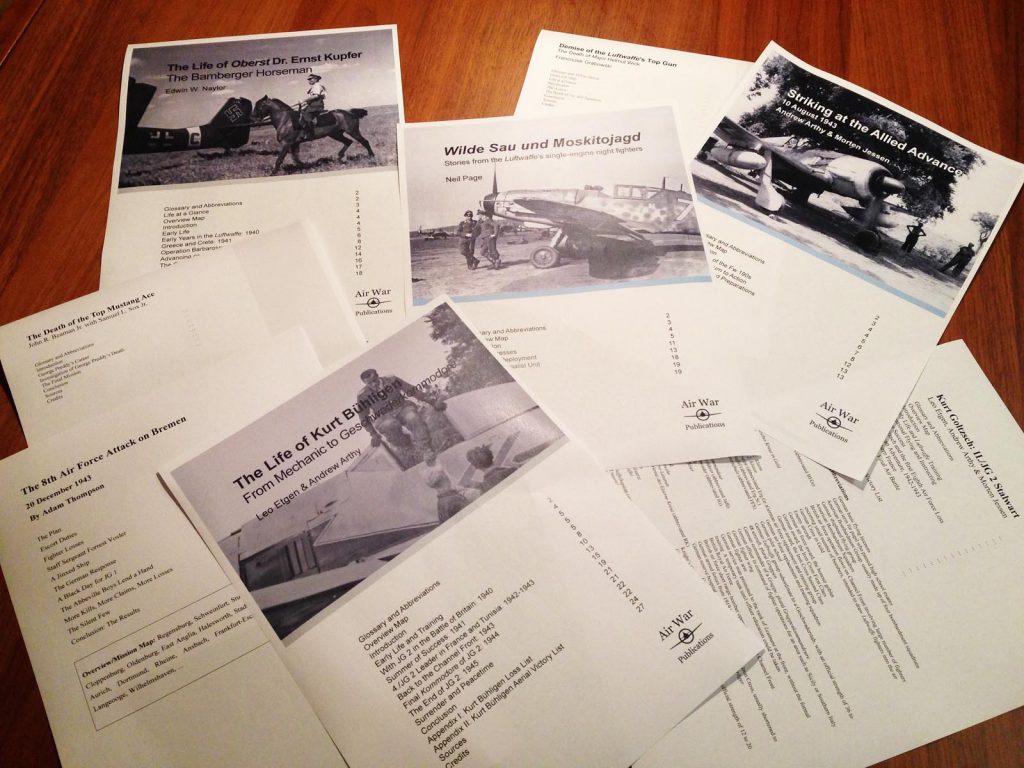