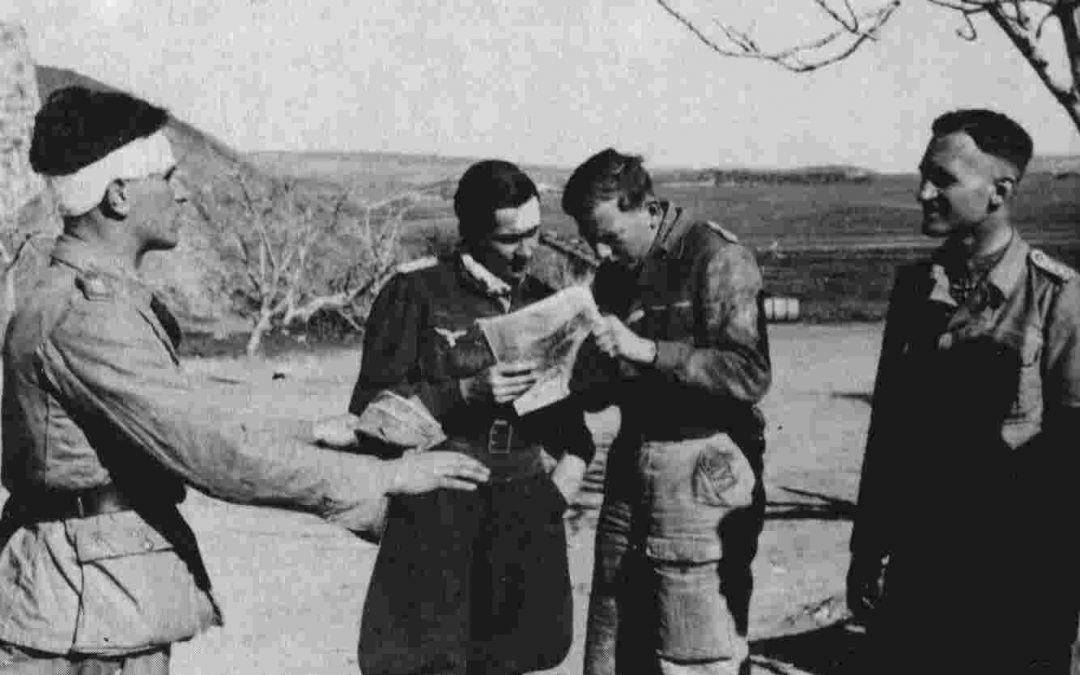 Morten and Andrew’s trip to a small village in the hills of southern Germany in the spring of 2009 resulted in contact with the family of a man who is very important to several of our research projects: Fritz Schröter (1916-2007). We were able to talk with Fritz’s son, view some wartime ‘home movie’ footage that one of Fritz’s Jagdgeschwader 2 colleagues sent to him, and make a copy of his wartime memoirs, written in the early 1990s.

Fritz Schröter’s memoirs generally don’t include exact dates for the stories told, because it was compiled without the aid of a wartime logbook or diary, but what he wrote matches up remarkably well with other documents and accounts about his wartime units. Thus it is a very valuable historical source, and describes the war from the viewpoint of an ordinary man who found himself in some extraordinary circumstances. 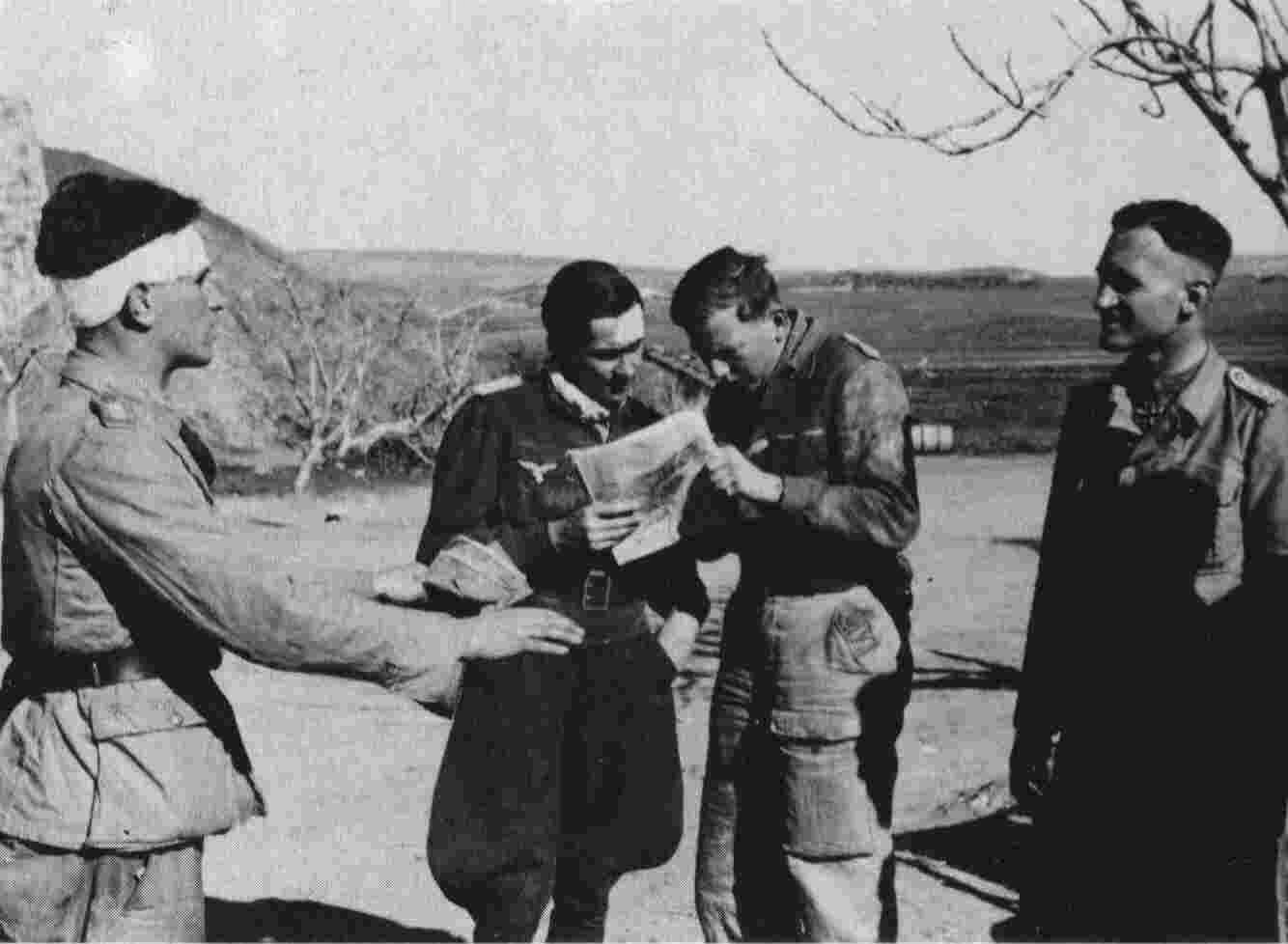 Fritz Schröter (on the right) and some III./SKG 10 colleagues in Tunisia, January-April 1943. Schröter proved an excellent and well-liked Gruppenkommandeur.

Fritz Schröter’s memoirs were an absolutely vital source for our eArticle, ‘The Life of Fritz Schröter’, which is available here.

Download and read the article for the story of a man who flew on almost all of the German battle fronts during the Second World War (the map created by Morten tracking Fritz Schröter’s wartime movements is a fascinating one, the path tracing from Finland in the north to Tunisia in the south, and most places in between). Fritz Schröter flew hundreds of missions against the British, French, Americans and Soviets, but he had almost as much trouble with his own side, enduring a spell of imprisonment in the winter of 1943/1944 for carrying out an order he thought was in the best interests of his men.

Accompanying the text of our Fritz Schröter eArticle are two maps, three emblems, two of Claes Sundin’s excellent colour aircraft profiles, and several photographs. So for just 4 Euros, it really is a bargain!

And below is a photograph taken soon after visiting Fritz Schröter’s family. Southern Germany and northern Austria is a nice part of the world when the sun is shining in the springtime! Being dedicated historians, of course we couldn’t relax and enjoy the view for too long – there were veterans to visit or documents to copy somewhere else in Germany. 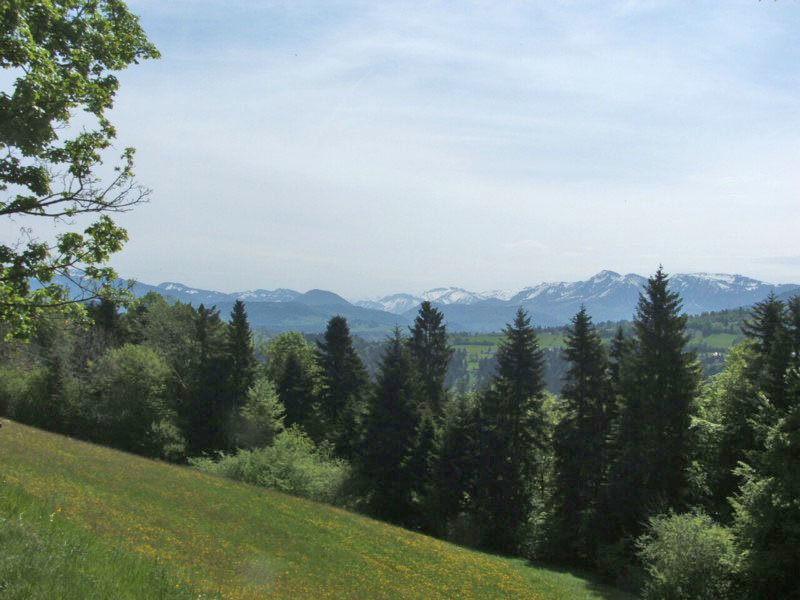 Photograph taken in Austria, not too far from Fritz Schröter’s home in southern Germany, soon after we’d met with his family. Research trips aren’t all hard work!